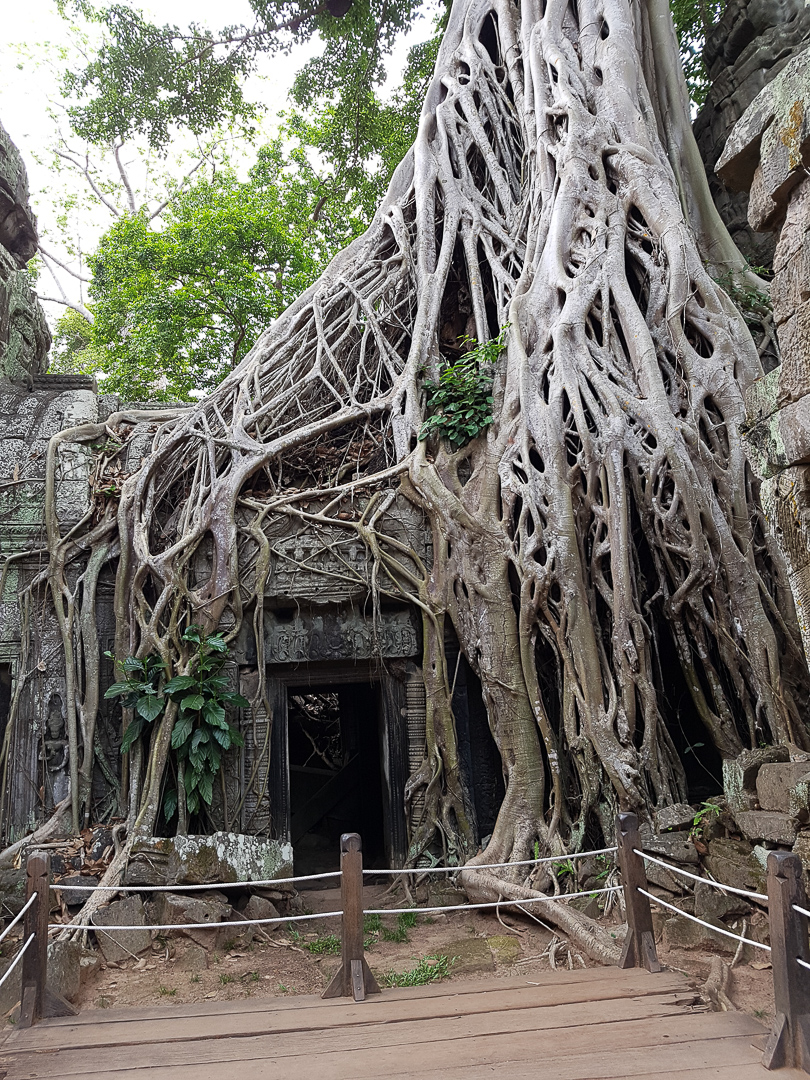 The Preah Khan temple represents a large linear temple complex in a dense jungle setting with around 140 acres. 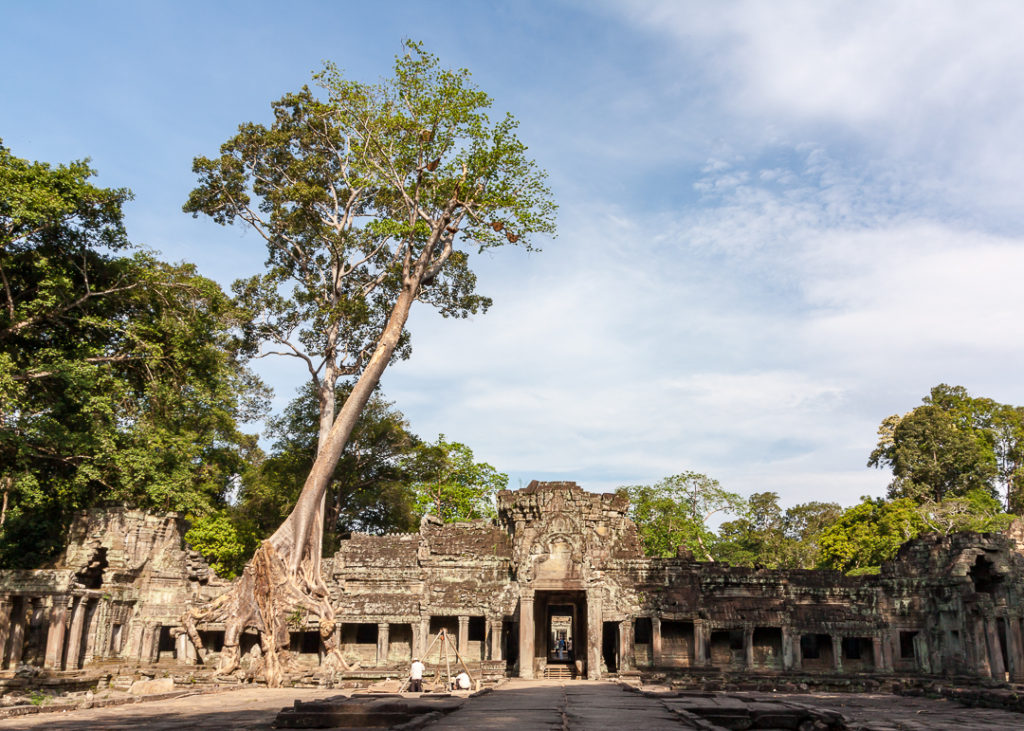 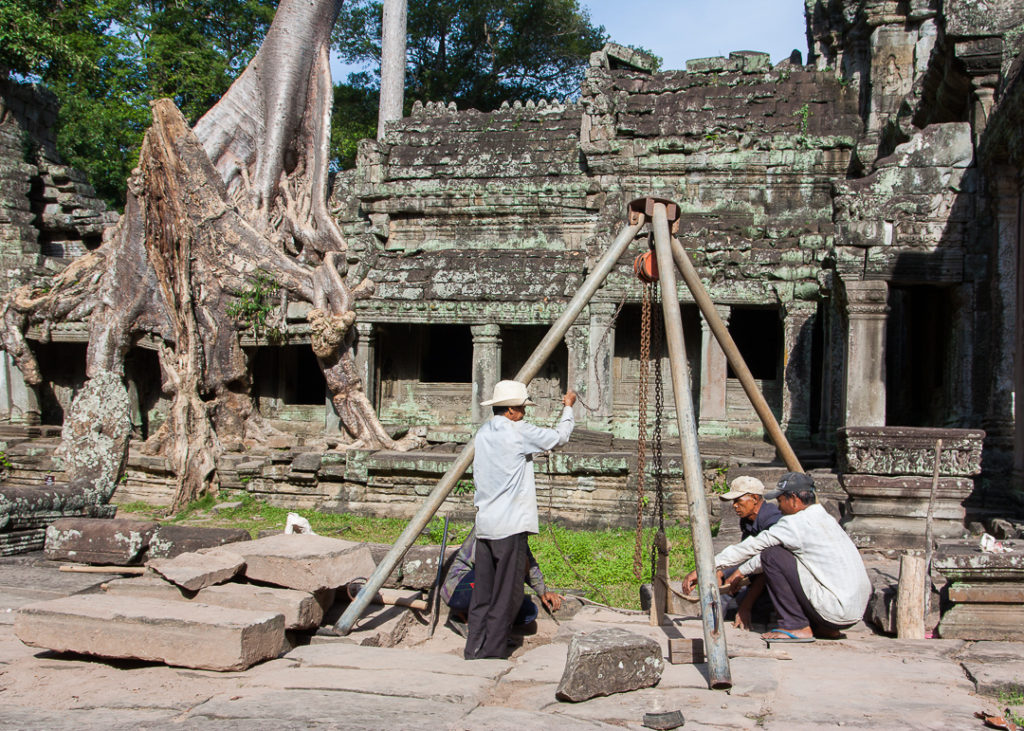 Since 1991, the site has been maintained by the World Monuments Fund. 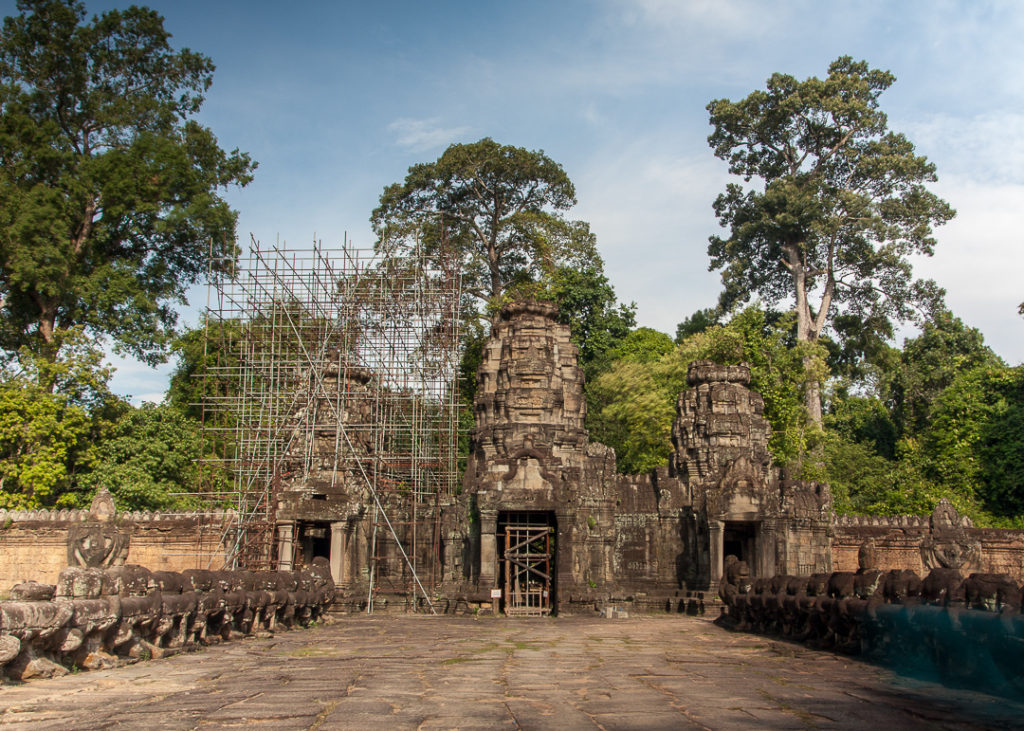 The grand entrance with serene divinity on the right and snarling demons on the left. And the gopuras are guarded by giant garudas

This temple complex was considered the heart of the city and centre for learning once upon a time. 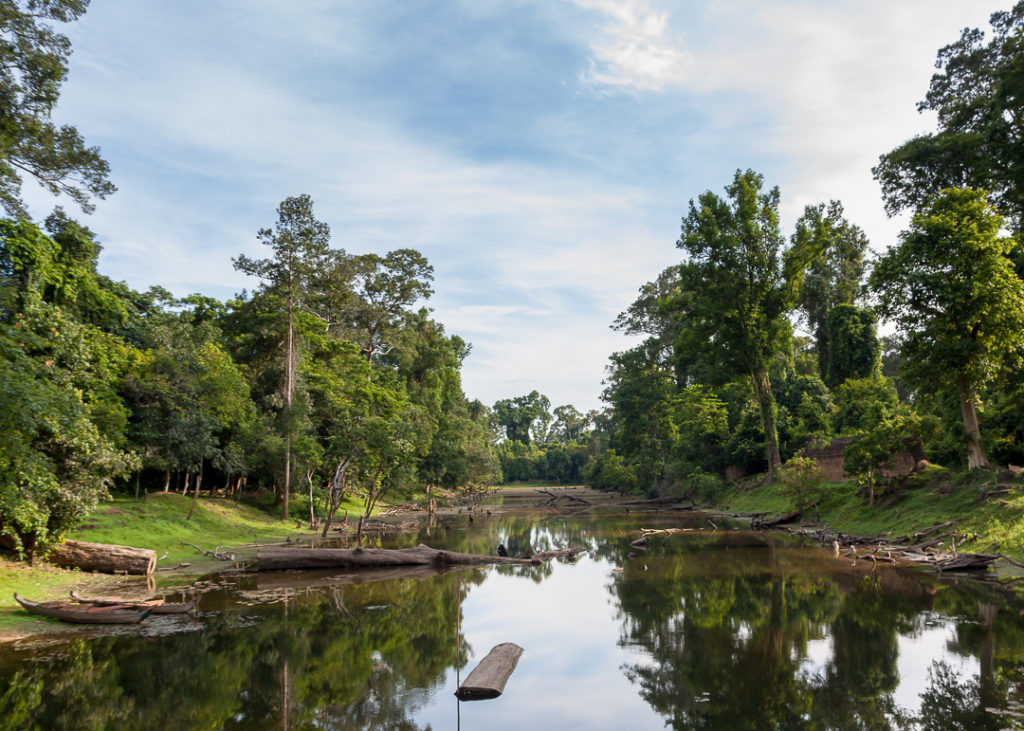 View from the walkway towards the gopuras 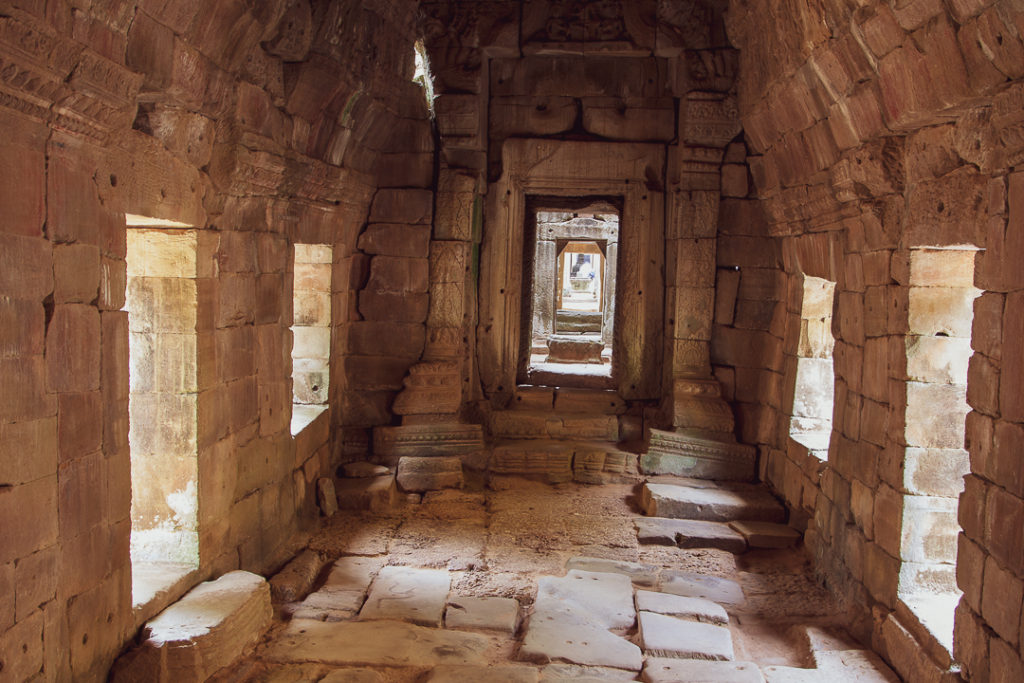 Passage to reach the central sanctum of the temple 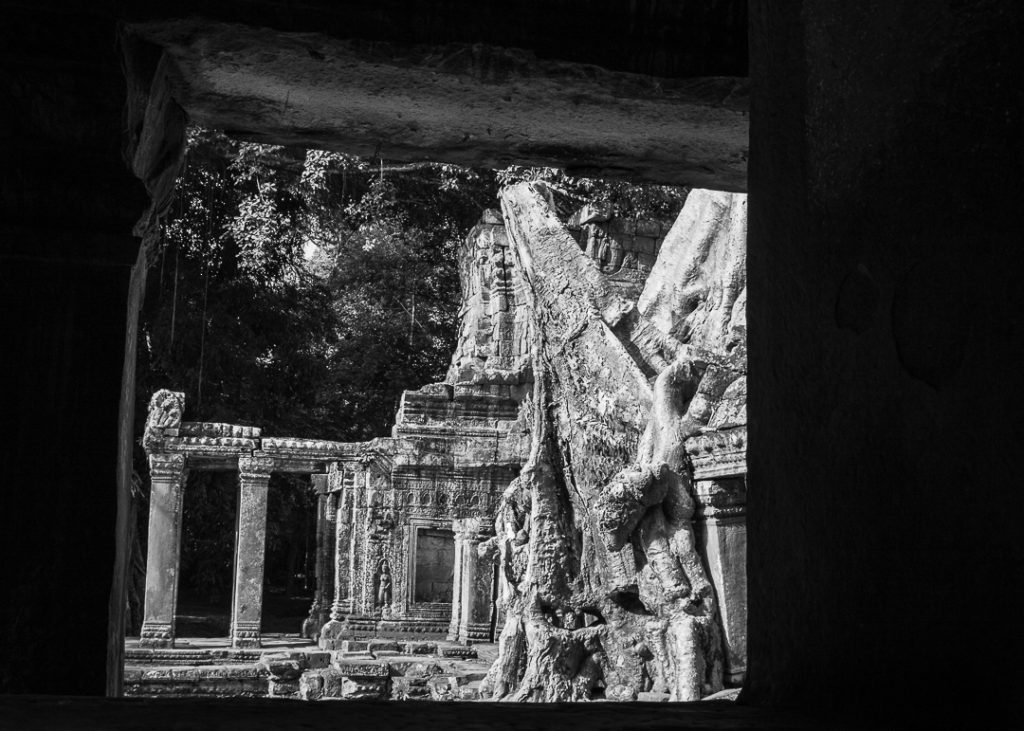 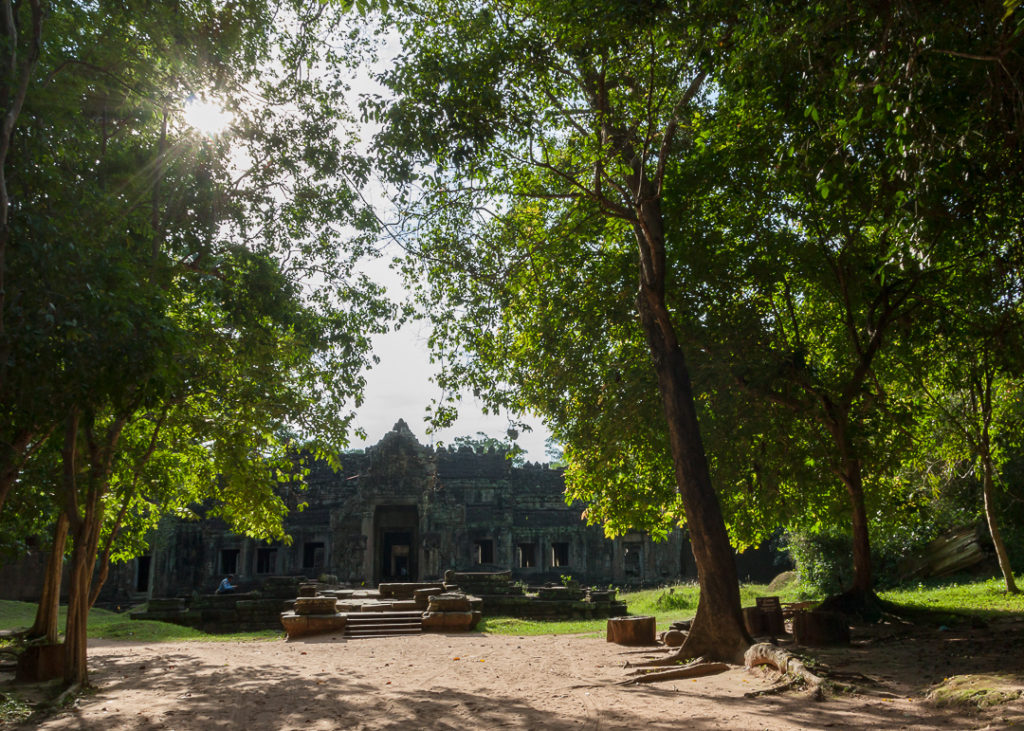 Preah Khan is still considered a sacred place for the locals who visit to offer their prayers.

Neak Pean is an artificial island with a Buddhist temple in the centre. 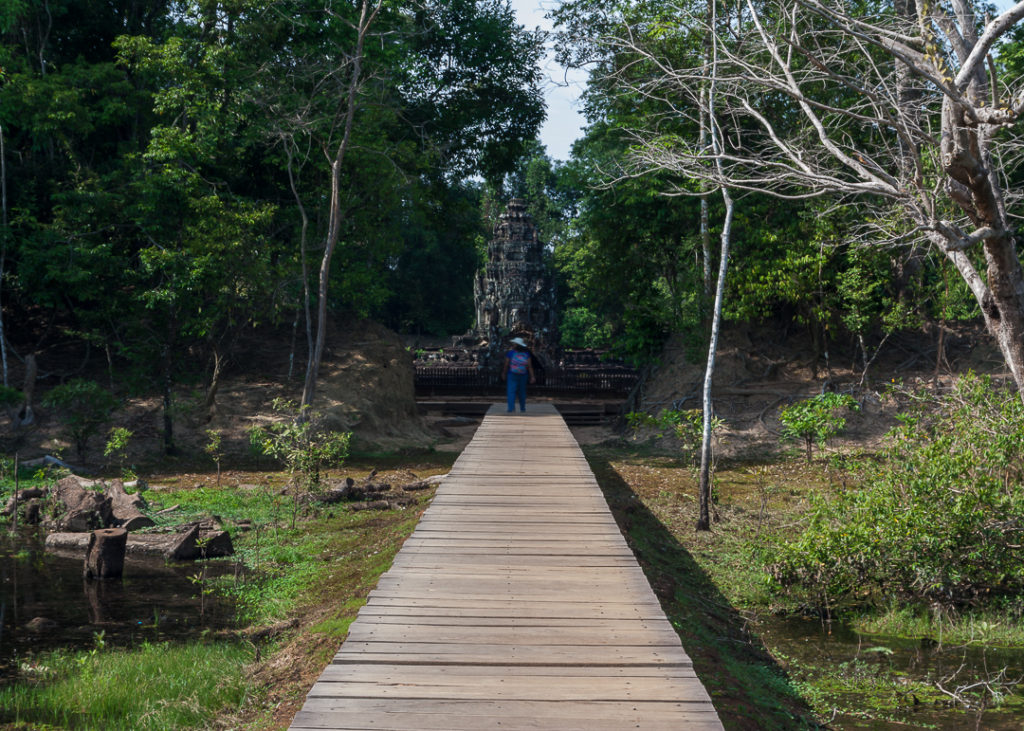 The raised wooden causeway leading to the temple 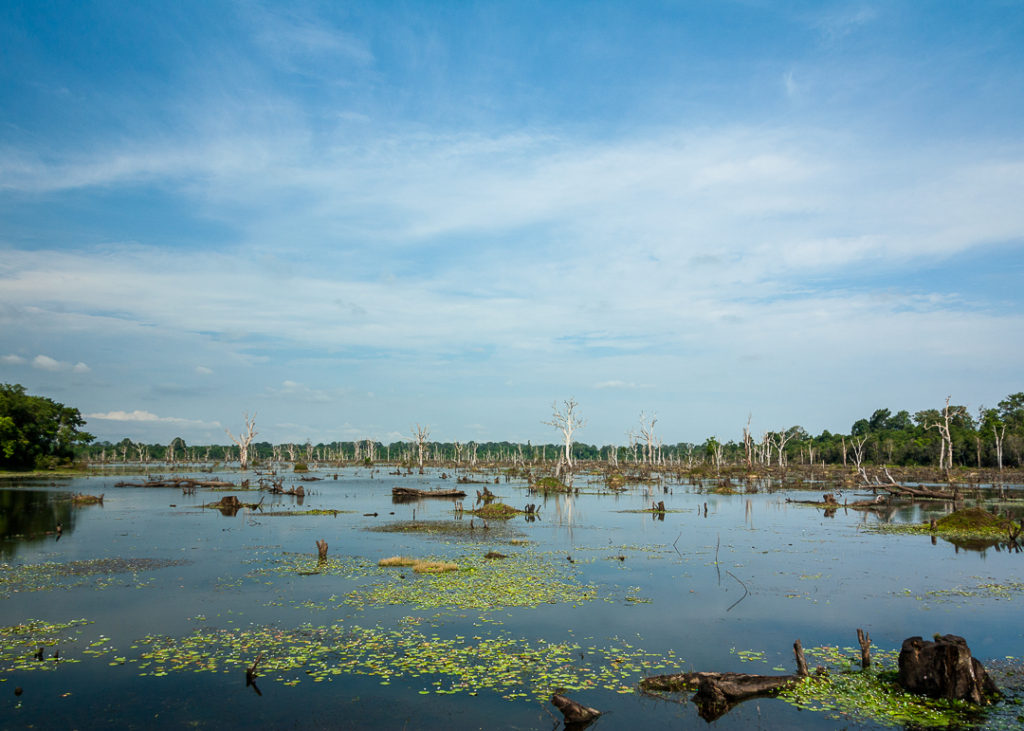 Neak Pean was originally designed for medical purposes (the ancients believed that going into these pools would balance the elements within, thus curing diseases). It is one of the many hospitals that Jayavarman VII built based on the ancient Hindu belief of balance. 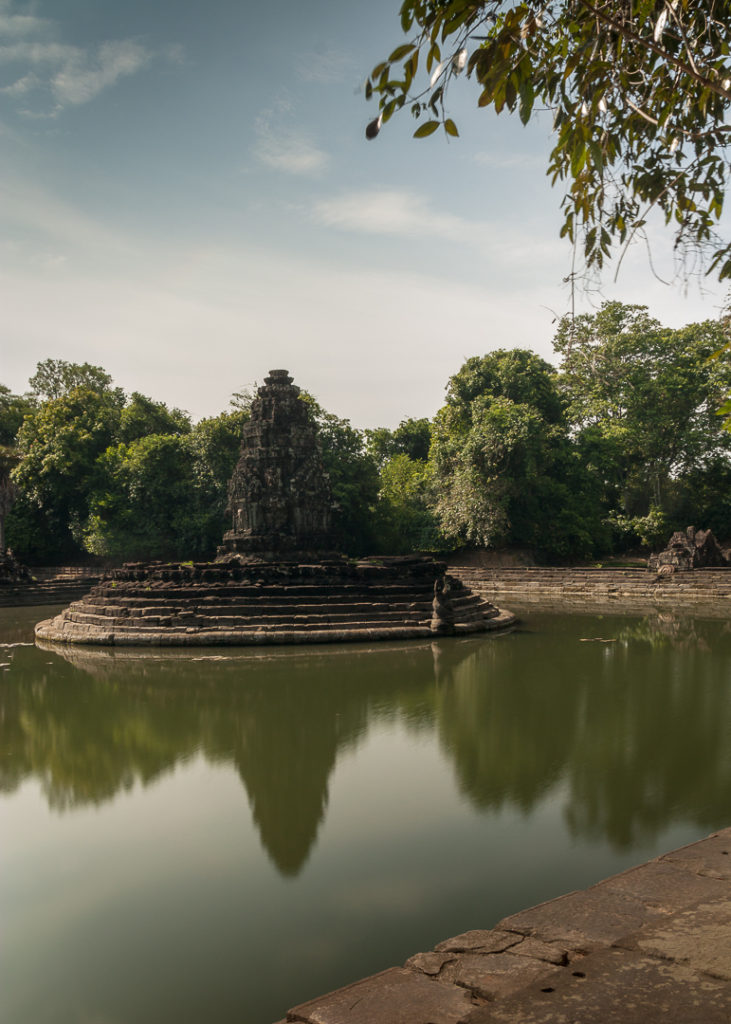 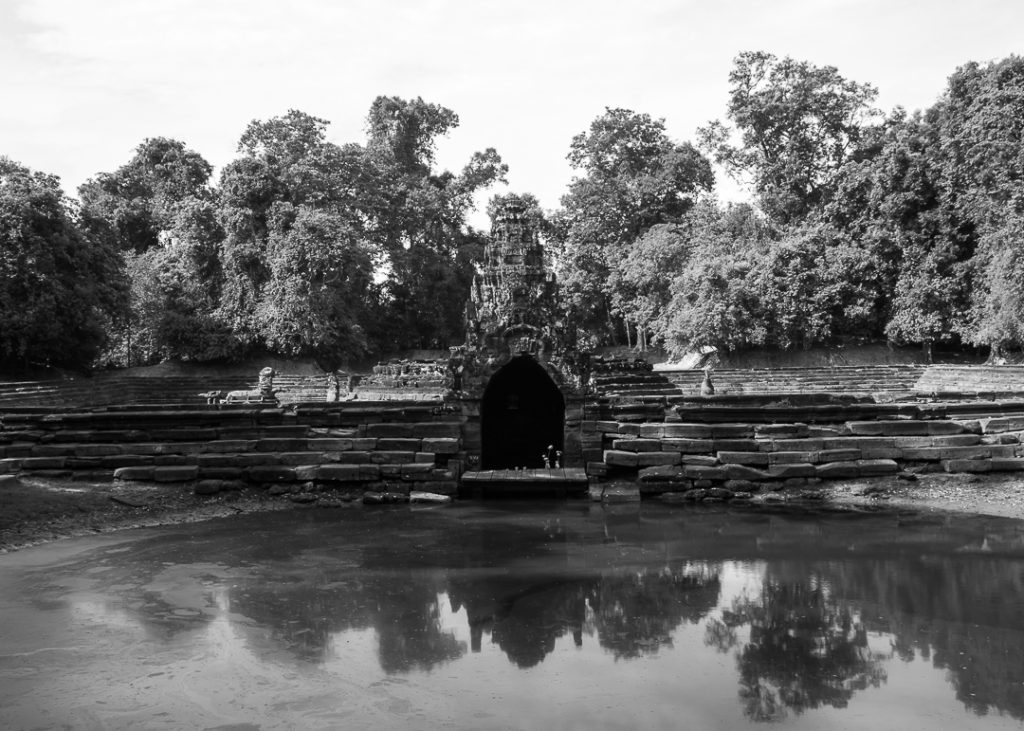 The temple on the lake was originally dedicated to Avalokitesvara. 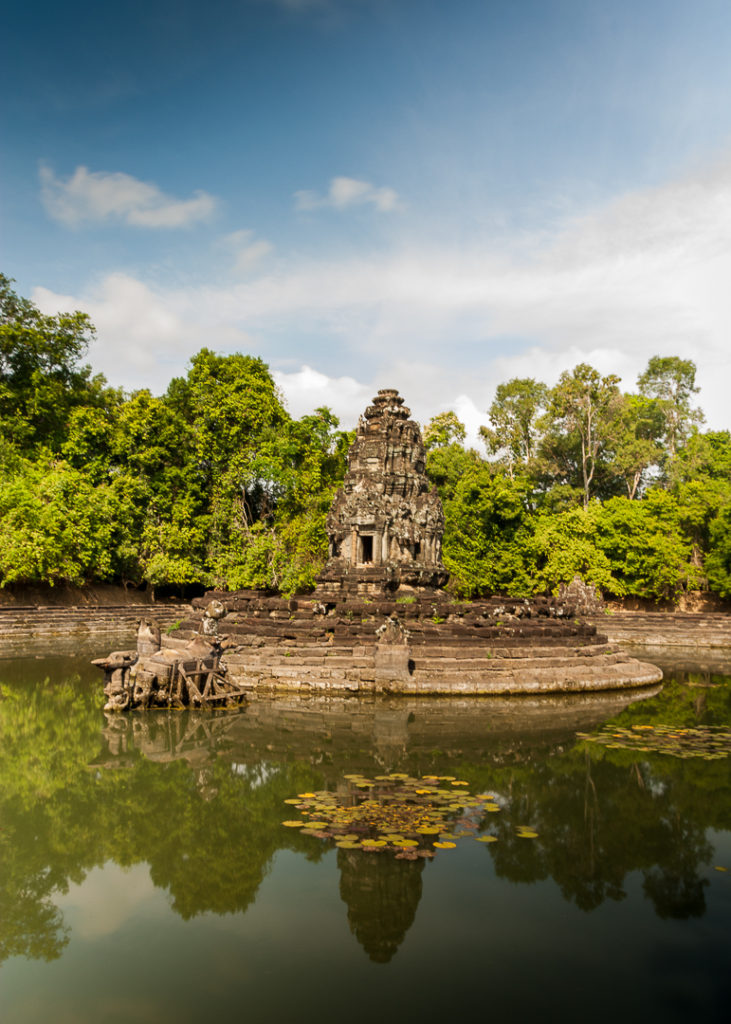 This temple also represents a mythical lake in the Himalayas whose waters are thought to cure all illnesses.

The lovely temple of Mebon is a pyramid of retreating terraces on which are placed many separate structures. The most effective being the five towers which crown the top. 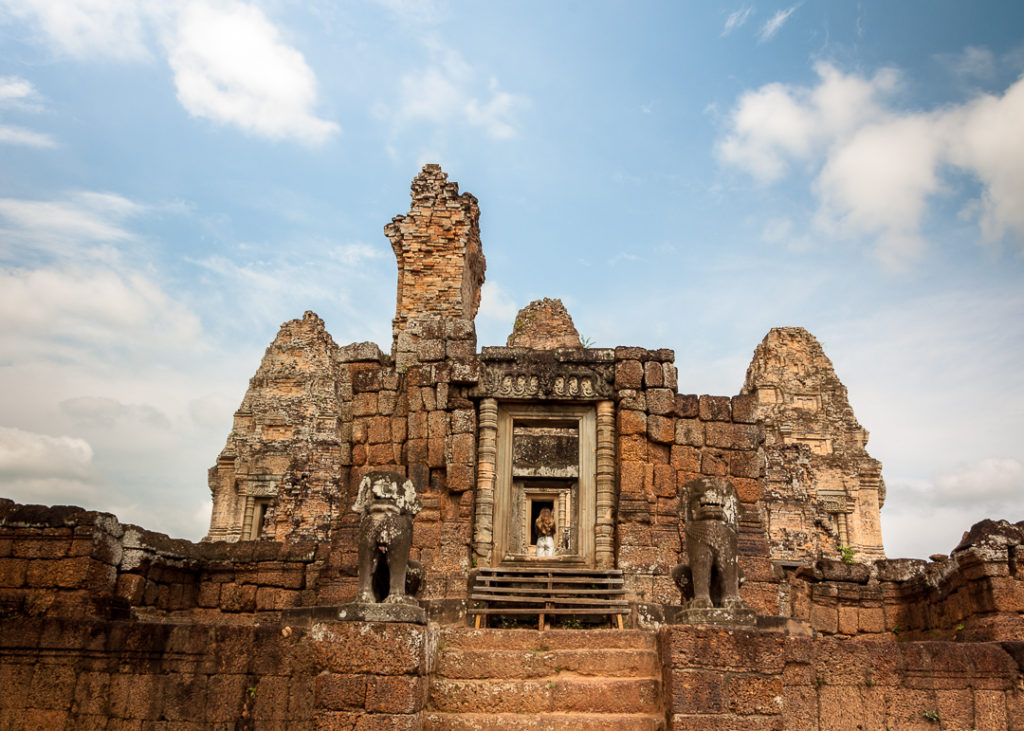 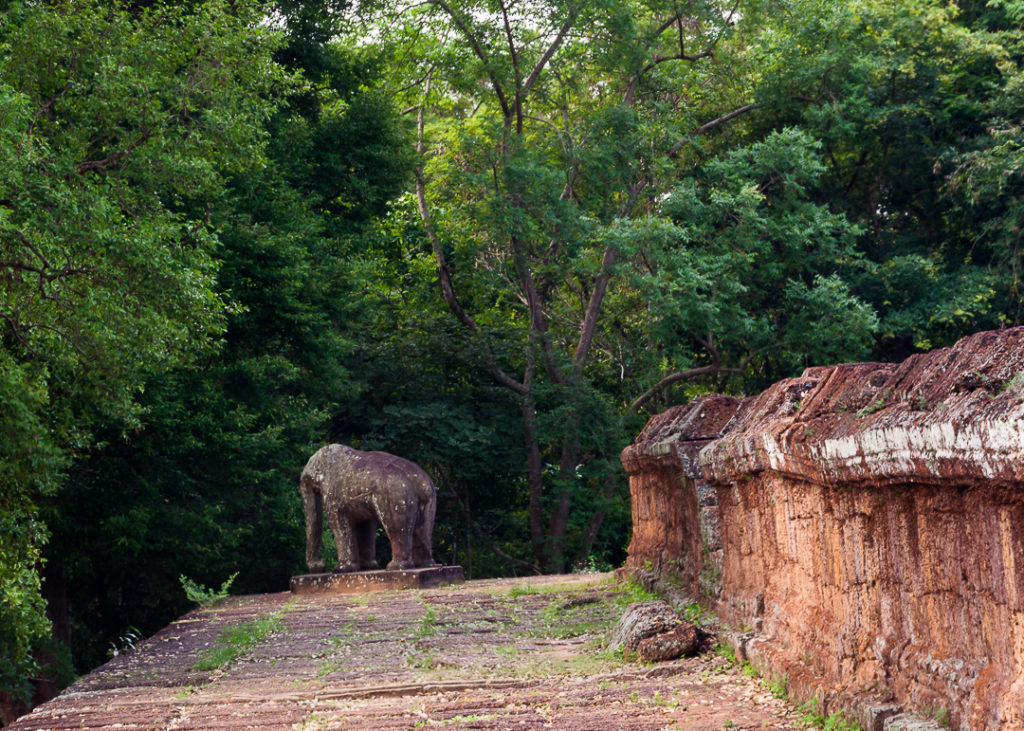 The sculpture at the East Mebon is varied and exceptional. Beautiful monolithic elephants stand majestically at the corners of the first and second tiers. 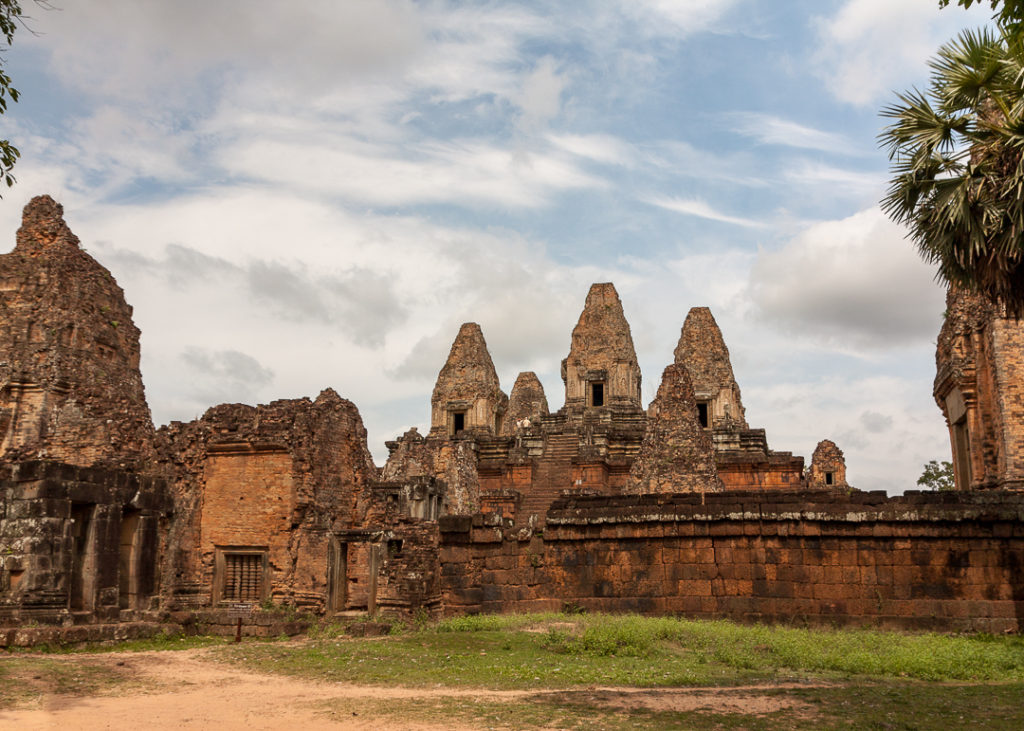 The towers represent the five peaks of the mythical Mount Meru. 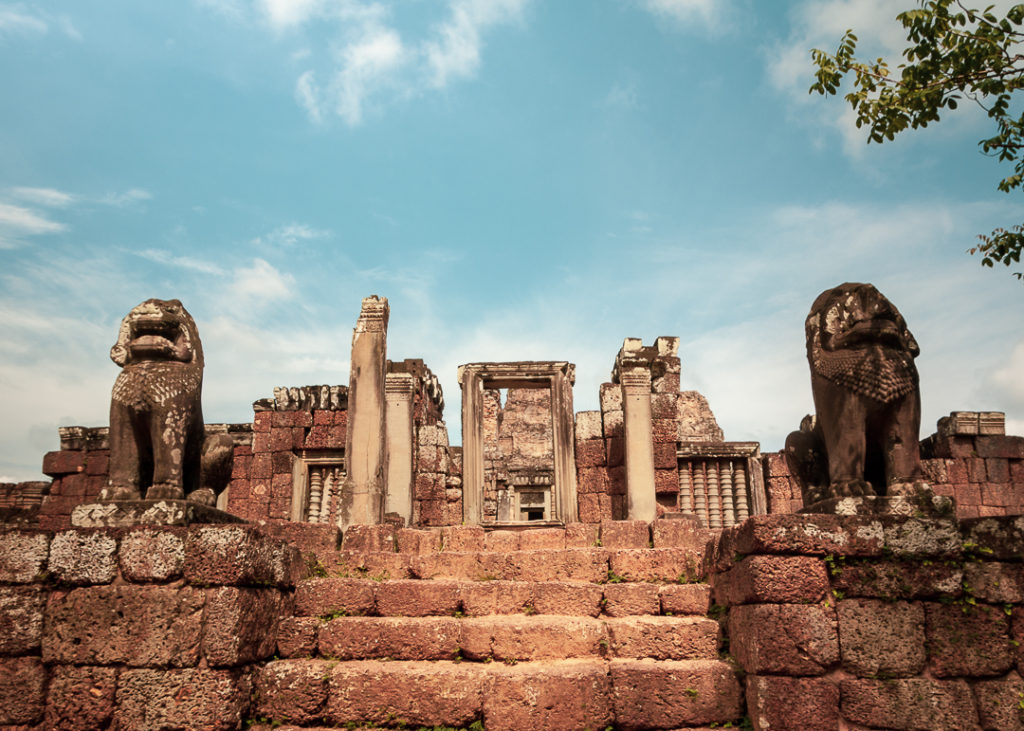 The stairways of the tiered base are flanked by lions 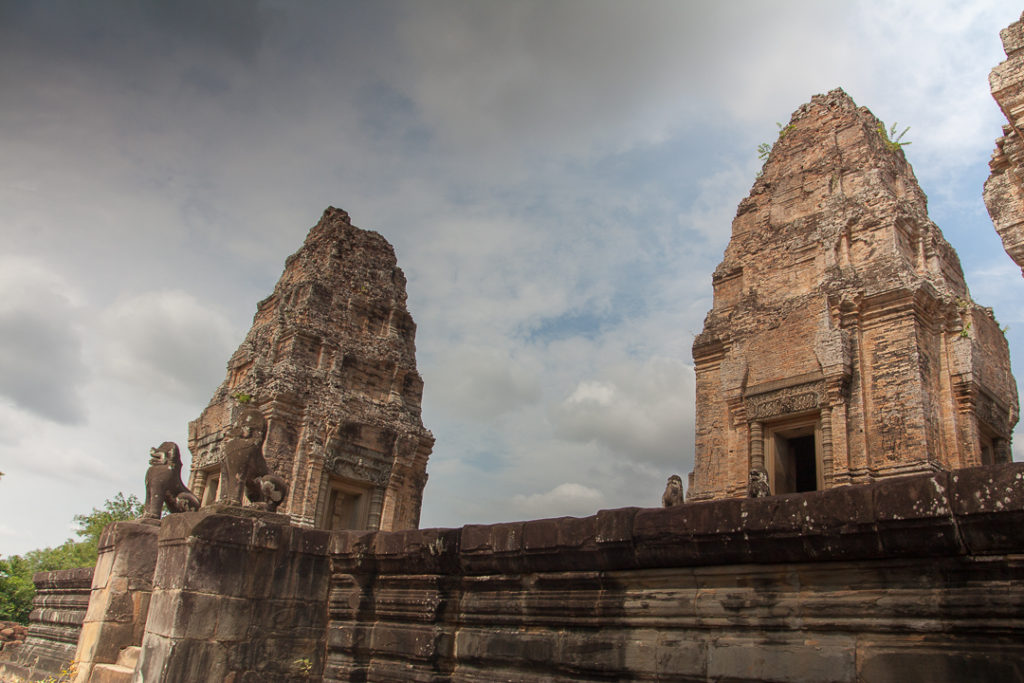 This temple was dedicated to the Hindu god Shiva and honours the parents of the king. Once the temple was accessible only by boat. Today the baray, once a source of water for irrigation, is a plain of rice fields and the visitor is left to imagine the original majesty of this temple in the middle of a large lake. 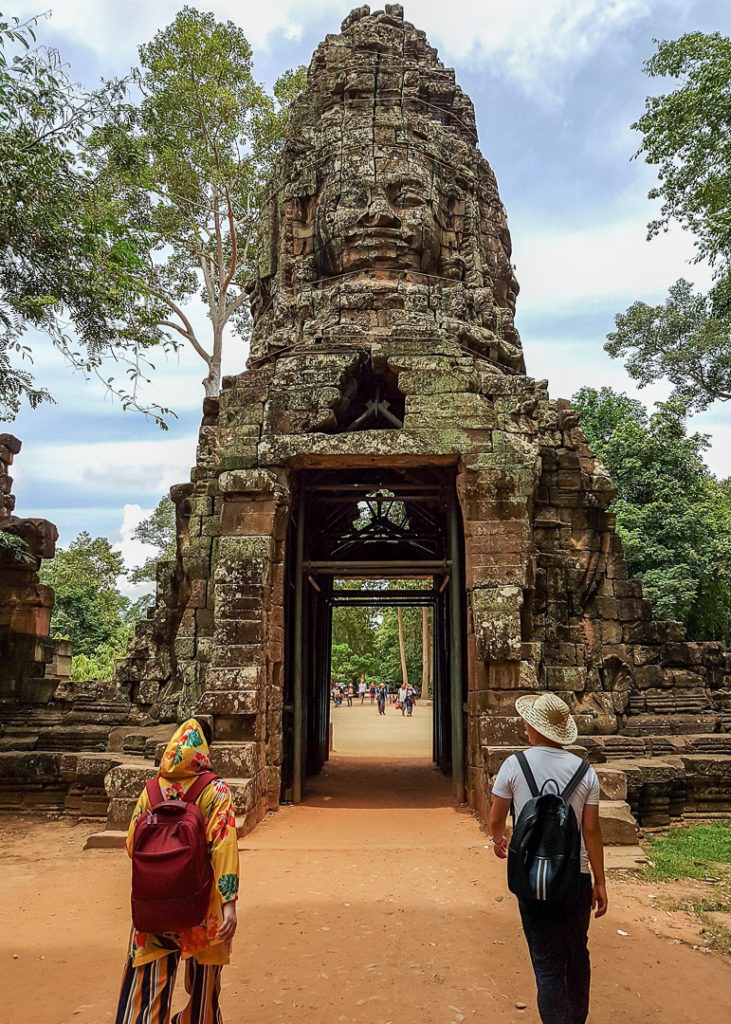 Yes! this is it the famous Tomb Rider temple. Where Angelina Jolie chased that little Cambodian girl who led her to find the jasmine flower with whole temple complex for herself surrounded by warm sunlight and butterflies everywhere.

But in reality, all I wanted was to take a single shot of the temple with no tourists which never happened. Thanks to Hollywood, this is the second most visited temple equivalent to the main Angkor Wat temple. 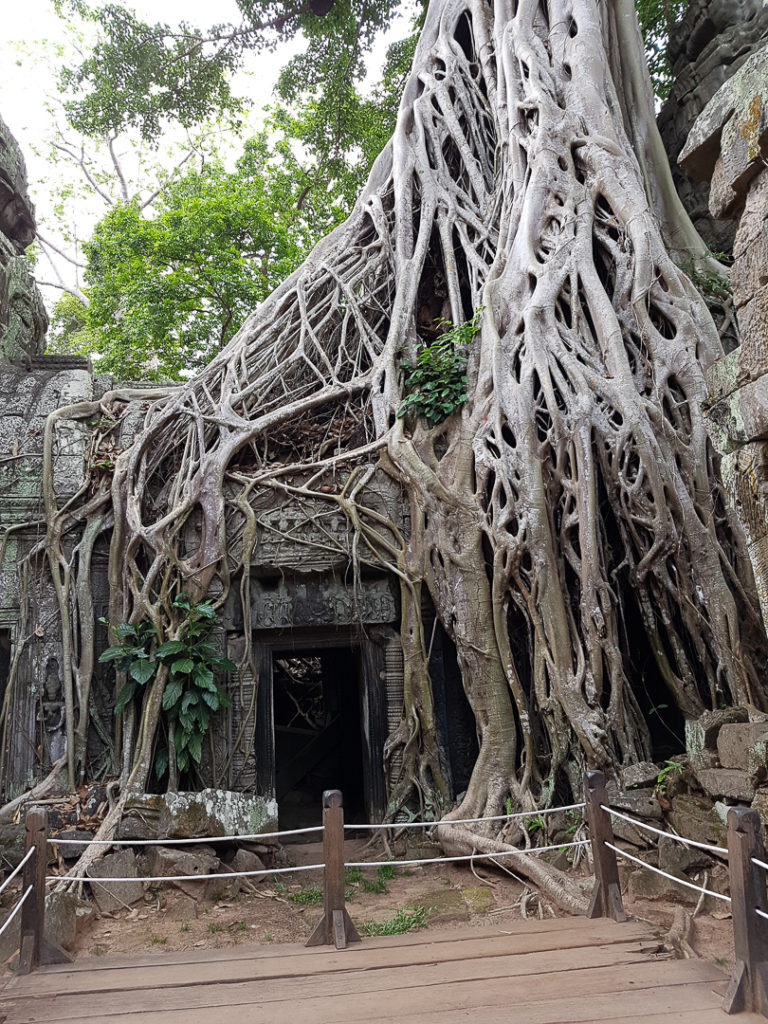 Where are the jasmine flowers? 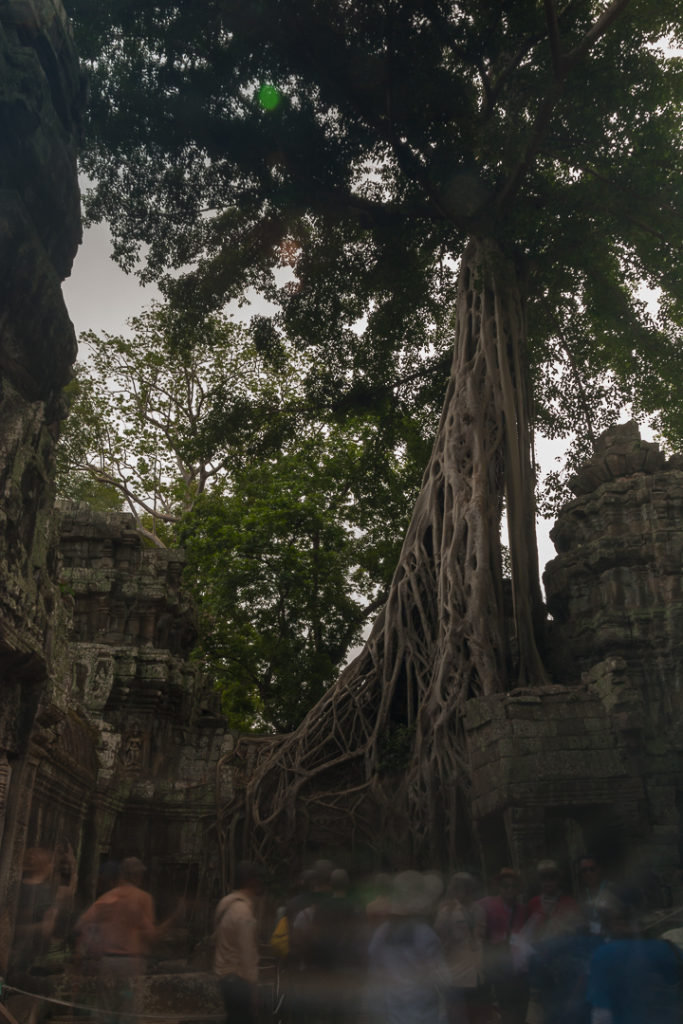 Even a long exposure shot can’t get rid of tourists 🙂 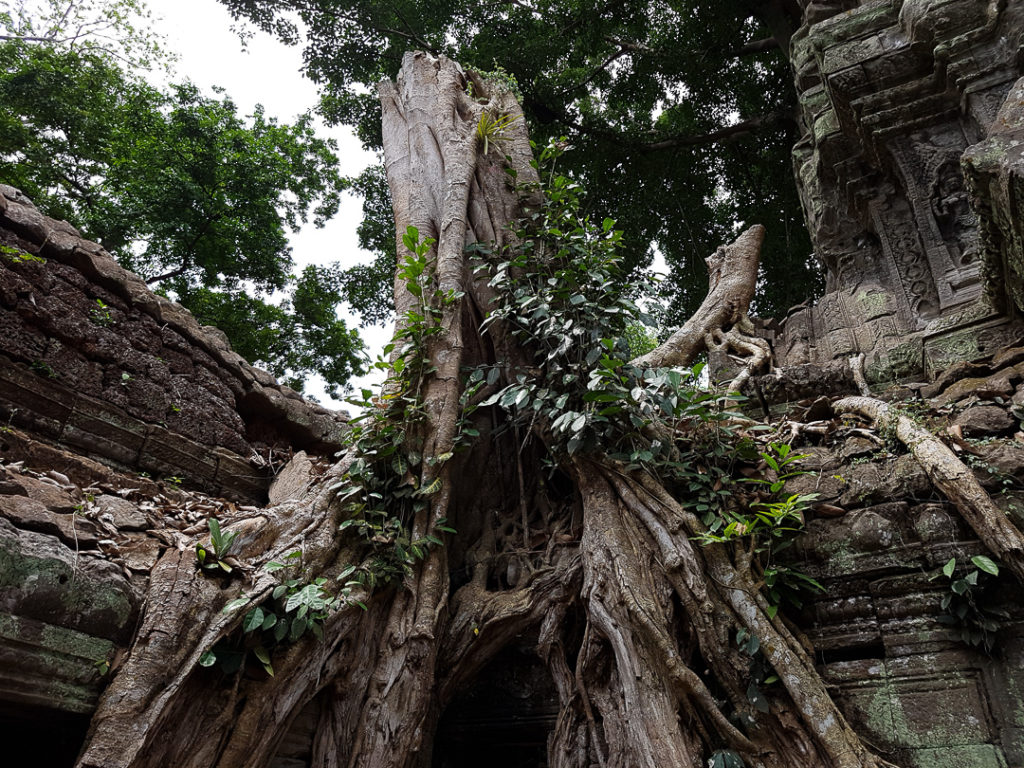 silk-cotton and strangler fig trees took root in the loosened stones of the temple, which was built entirely without mortar. Their roots wound through the structure, creating an astonishing merger of nature and architecture. 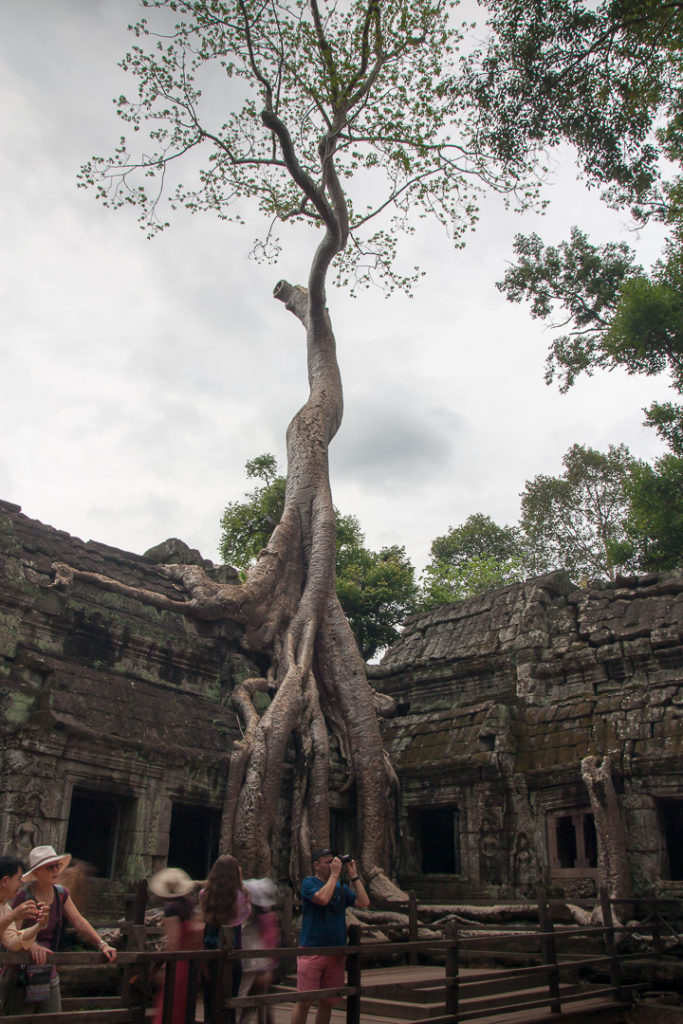 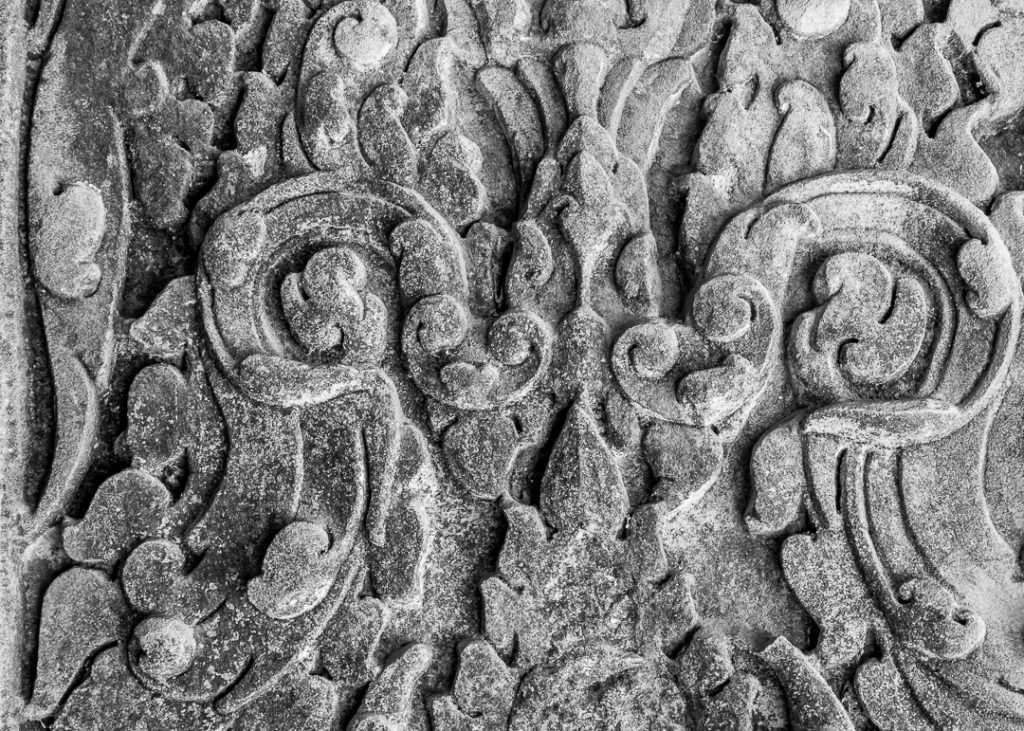 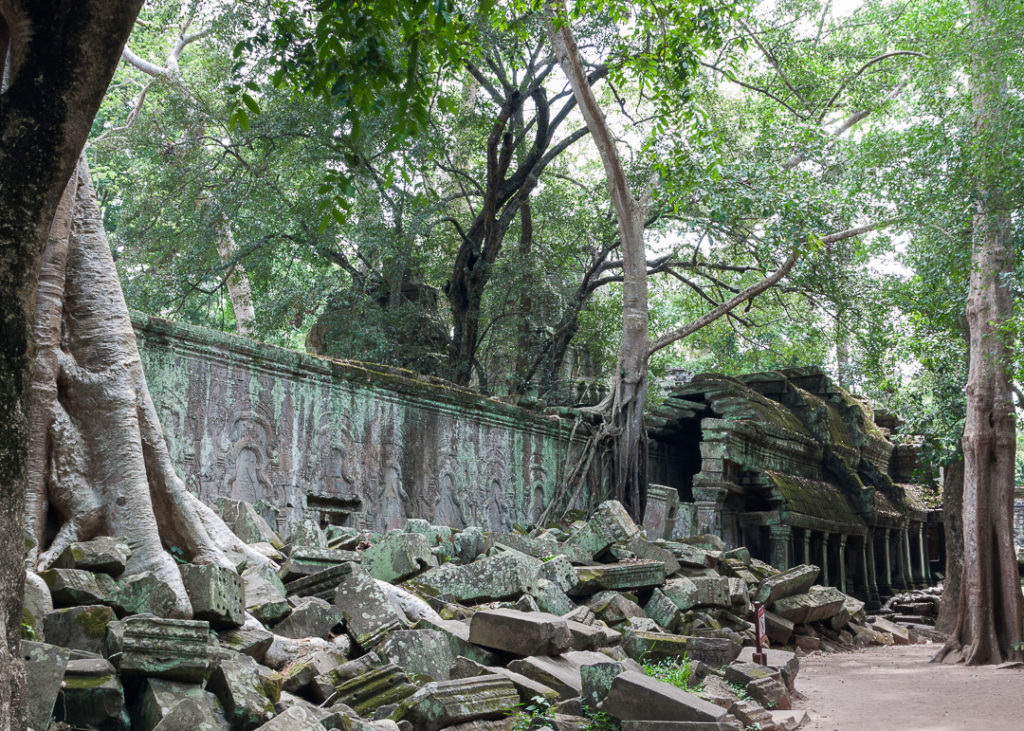 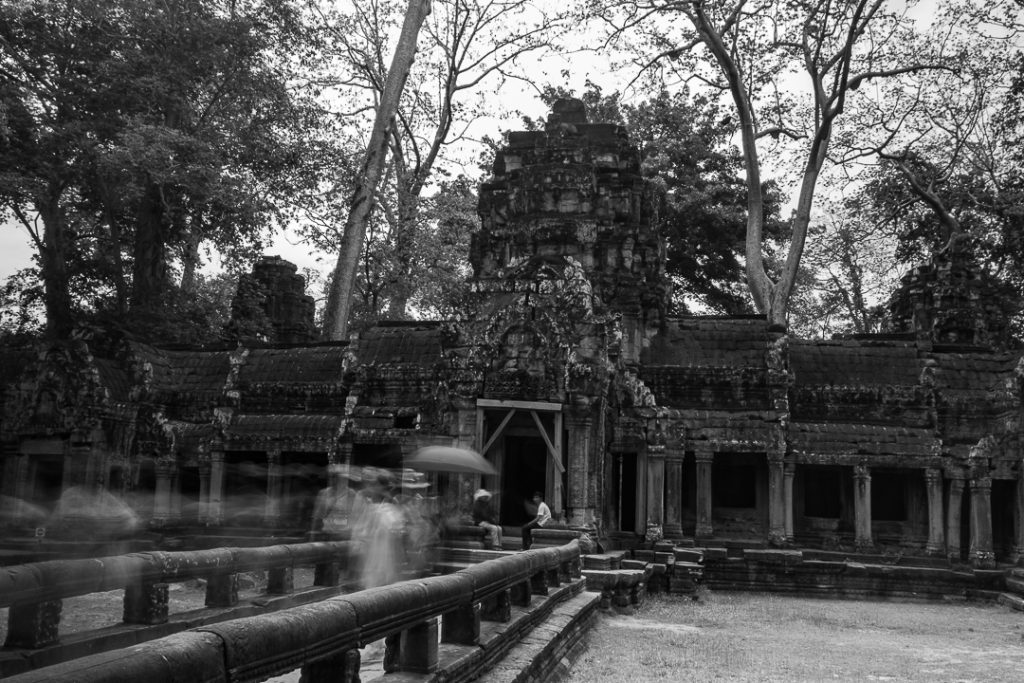 When Ta Prohm lay forgotten and abandoned by men, the Cambodian jungle wasted no time  consuming it

After visiting these many temples which are now just mere ruins begging to be restored. I ask myself -Once this place used to be a thriving melting pot of knowledge, wisdom and prosperity. Why would men commit such destruction in the name of god, greed and power? why would someone neglect such an outstanding piece of architecture and art? 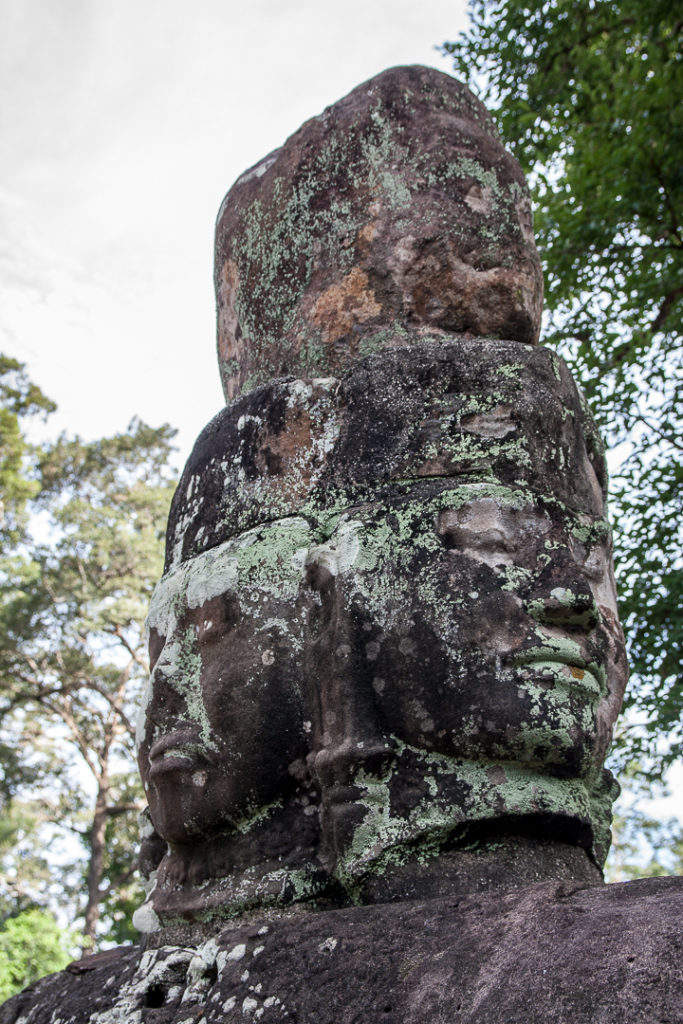 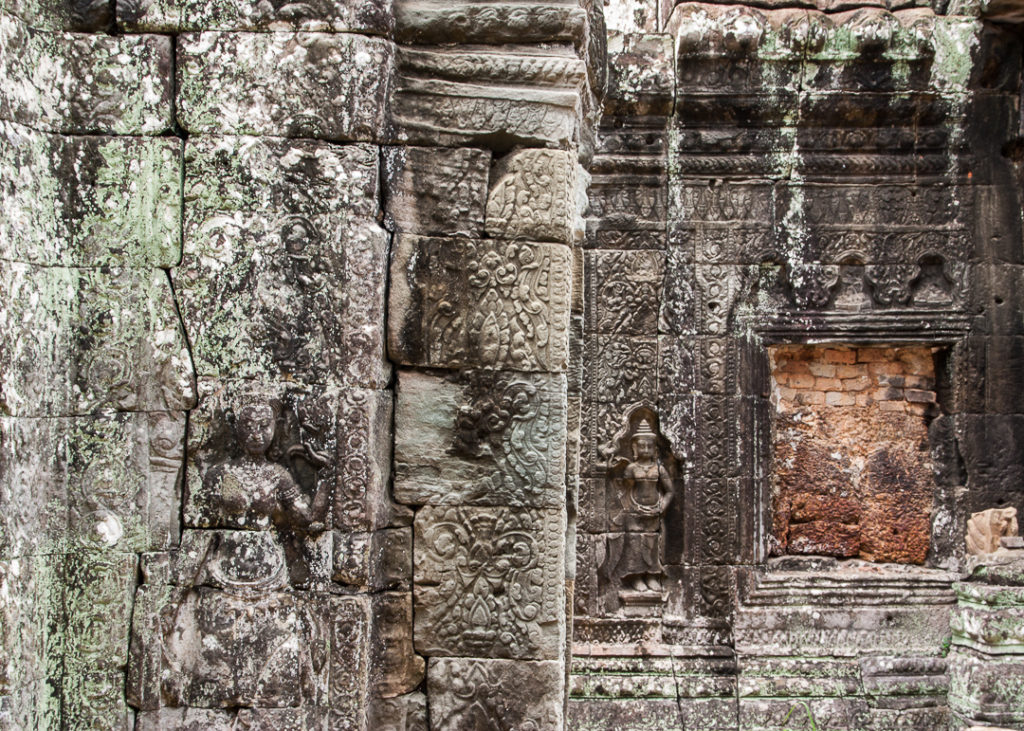 A treasure not treasured 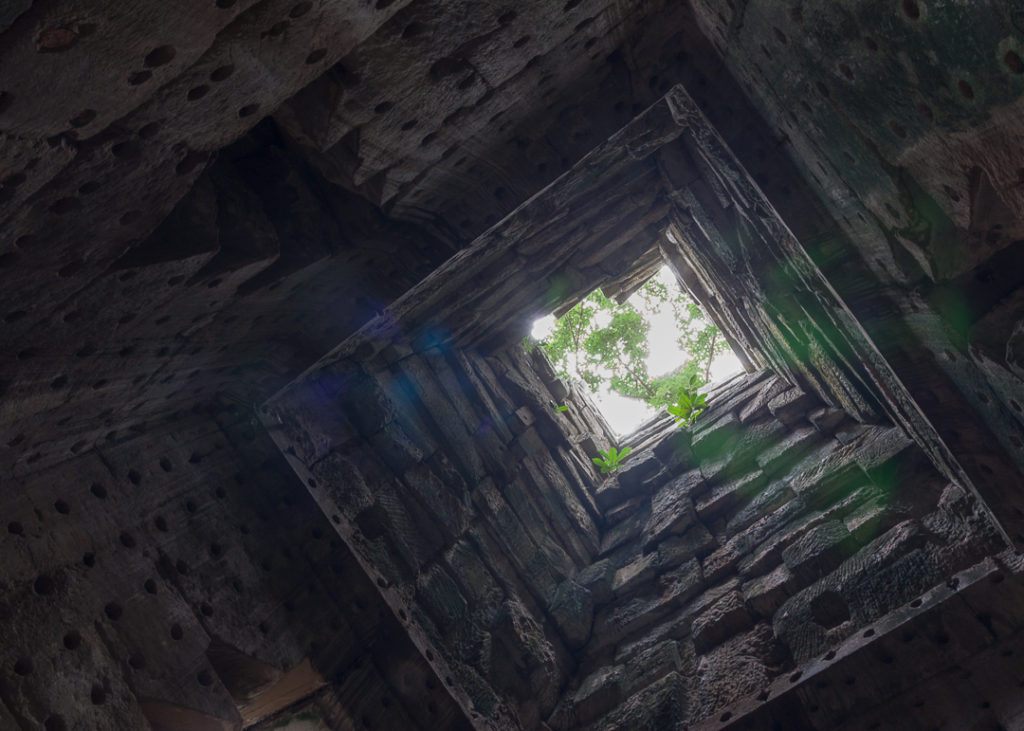 Light at the end of the tunnel

This is another prime example of we humans leaving everything to ruin or go to the brink of extinction and try to fire-fight after realizing the significance of what we are going to lose. Hope this will not be one of those attempts where all the efforts go to vain. 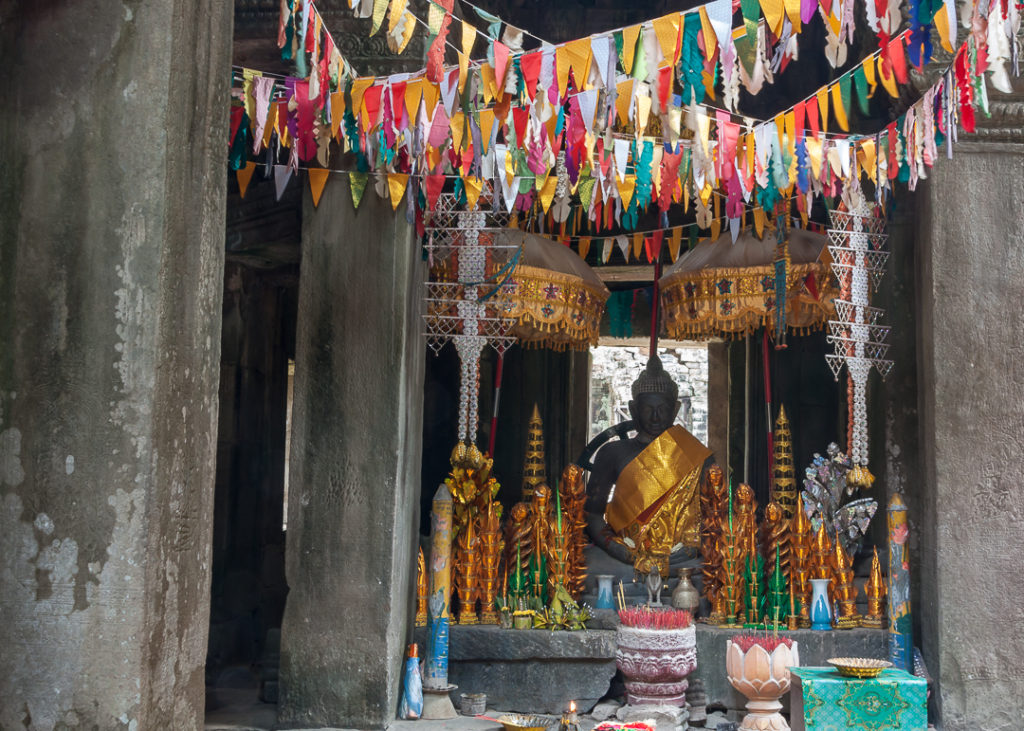 I leave it to him to answer