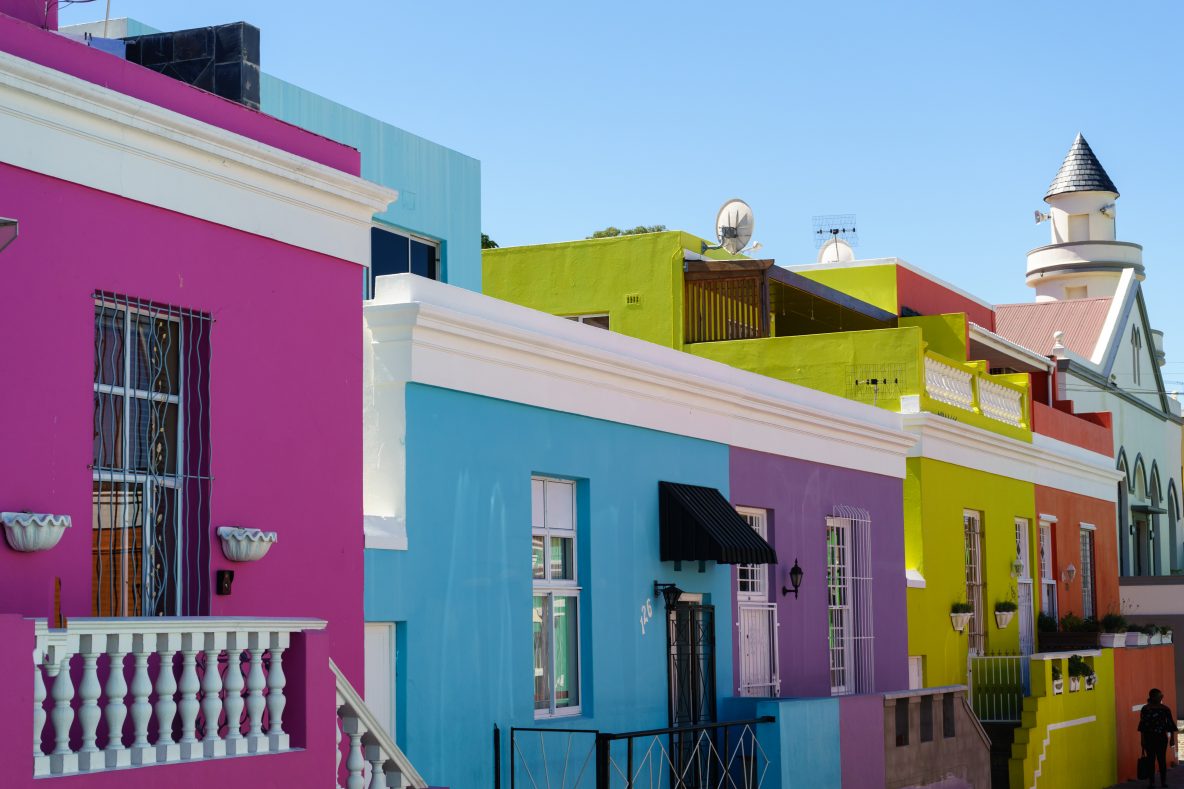 When I booked a cab to hike the Table mountain my cabbie John volunteered to be a tour guide as soon as he learnt it’s my first visit to Cape town – Talk about lucky day!

He was describing the local customs and traditional cuisine etc through out the drive. Then he suggested to take a small detour to visit an area called Bo Kaap. All he said was “Man, you will like it man”in his deep African accent.

Which is located on the slopes of Signal Hill right next to the city center. 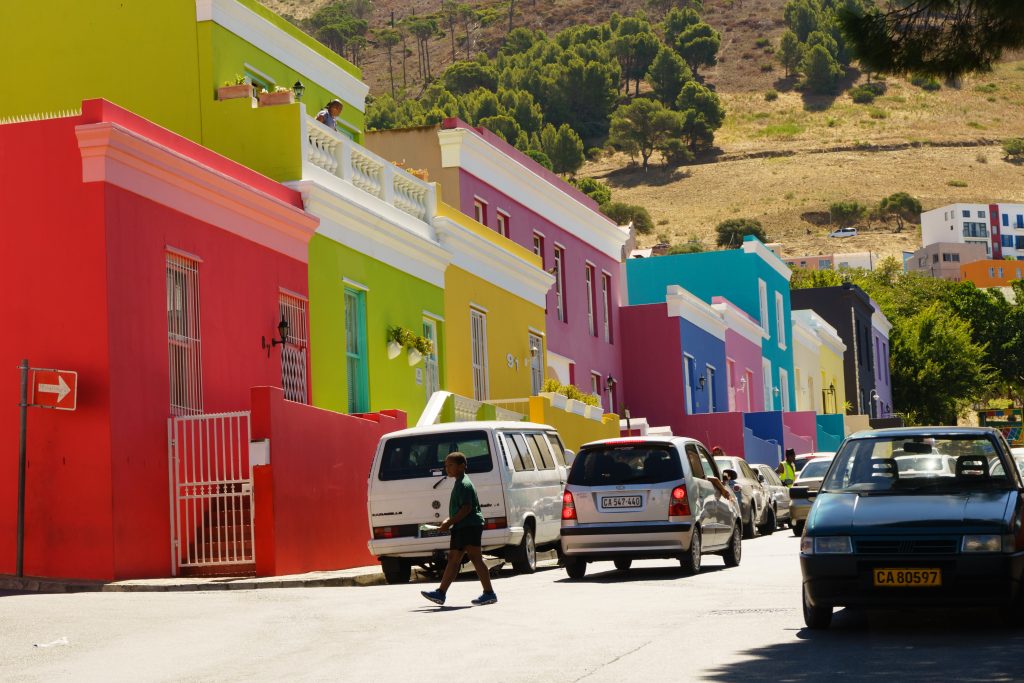 The moment we entered the street my jaws dropped. Those vivid colors brought instant positivity and joy. I haven’t seen a street with so many colorful houses before. 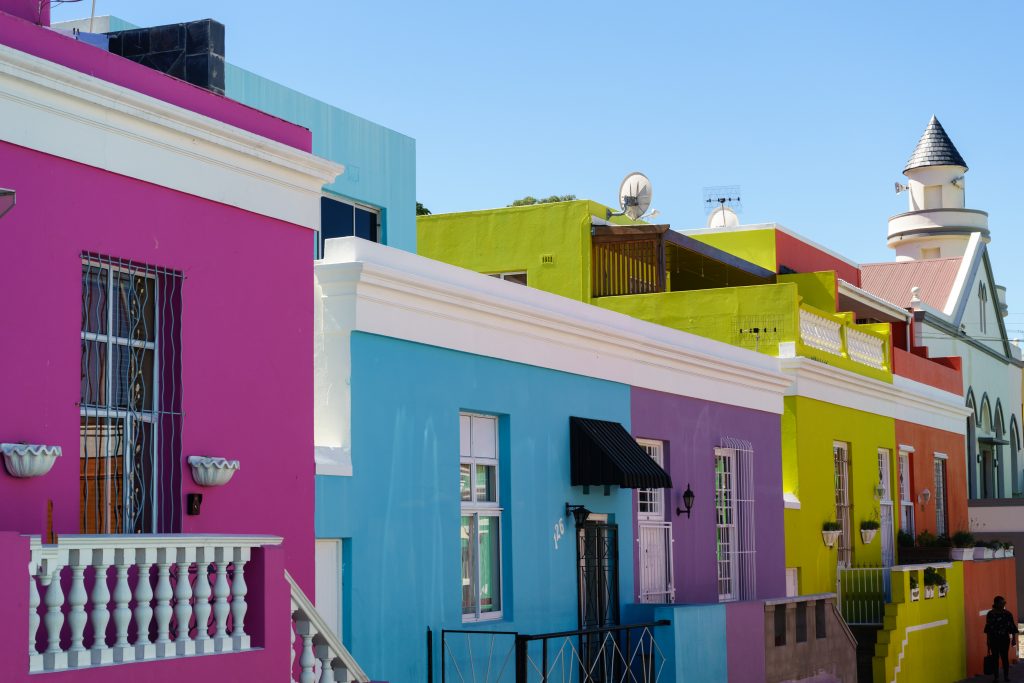 The architecture has been influenced by Dutch and Georgians 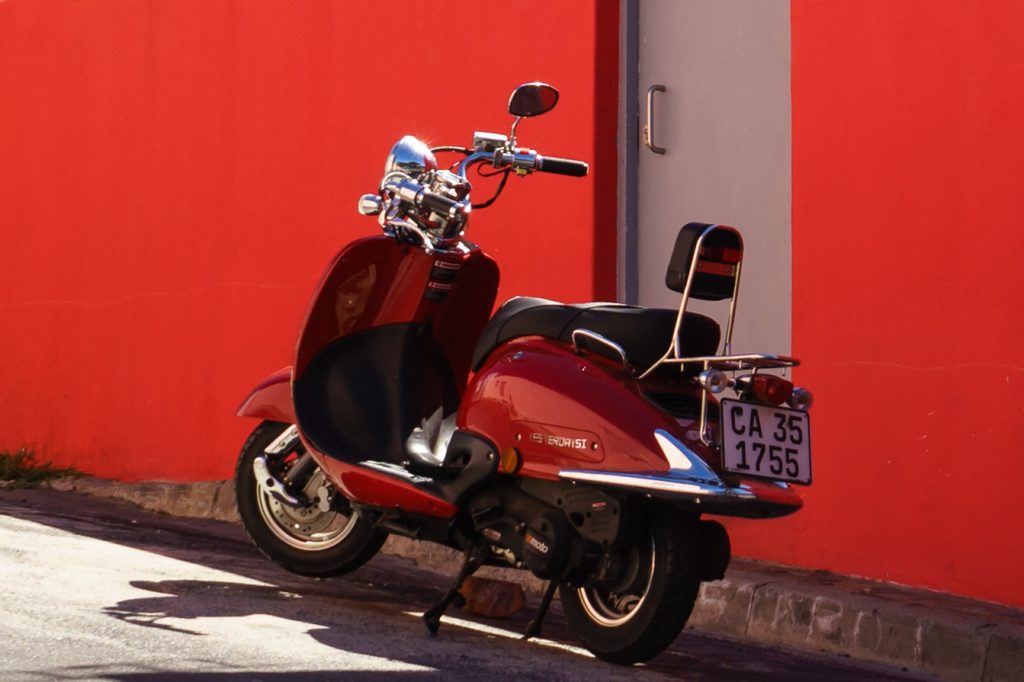 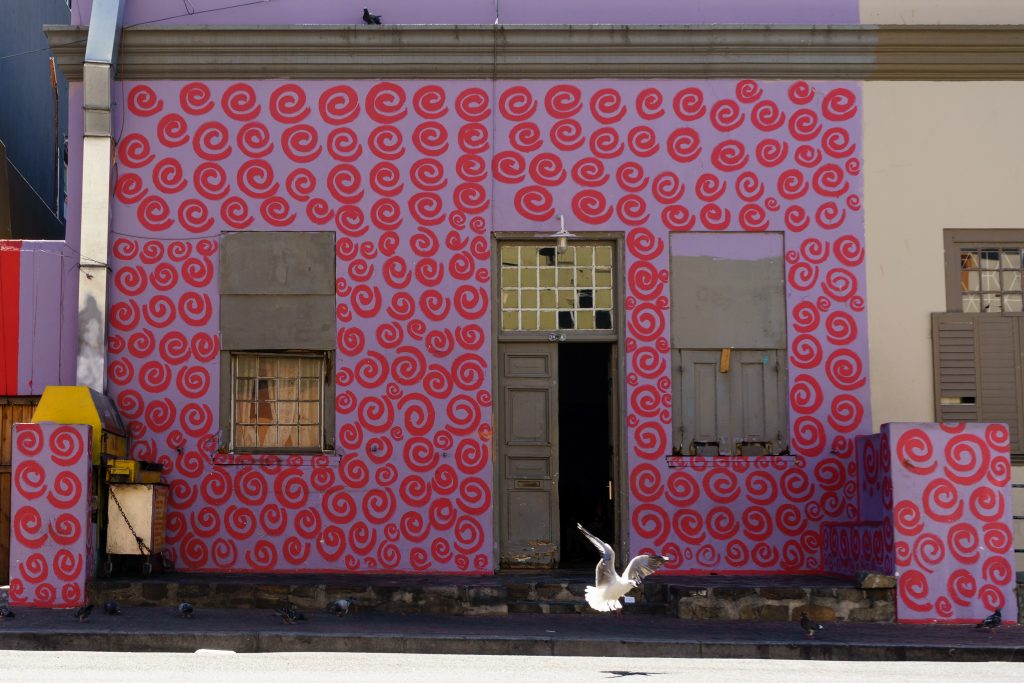 Why just stick to solid colors? lets throw in some patterns. 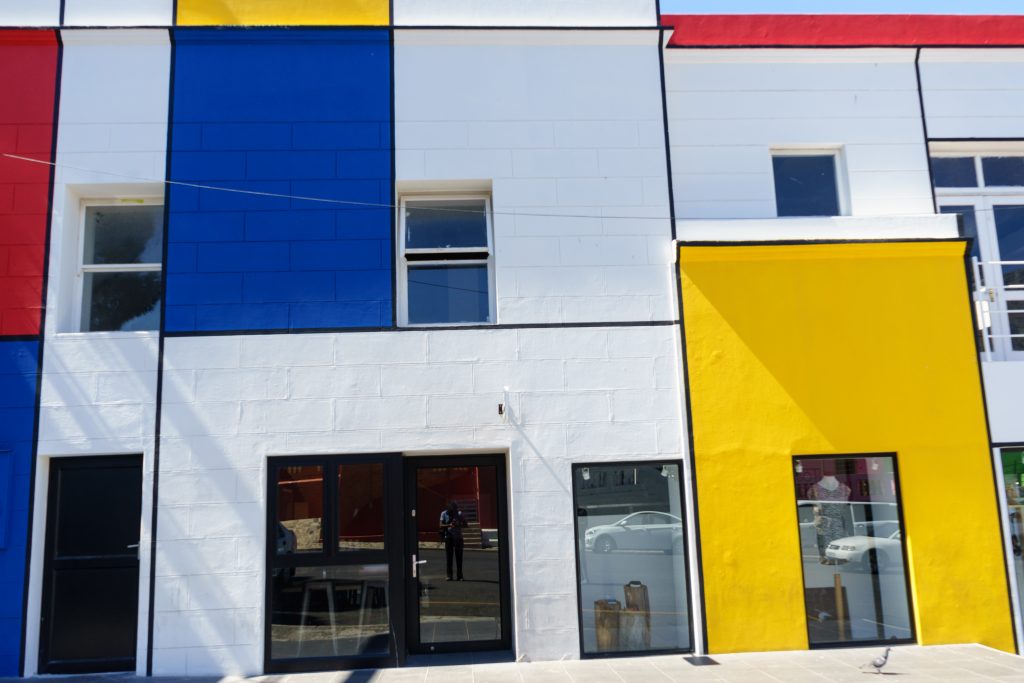 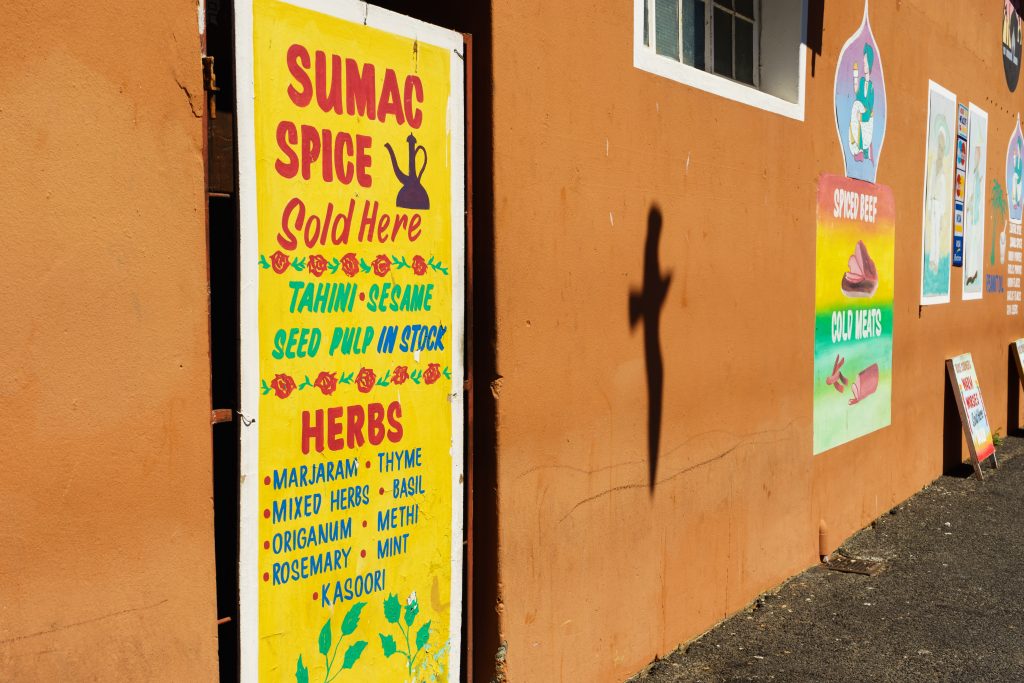 The residents here are from India, Malaysia, Sri Lanka, Dutch, and various other African and Arab countries. Oh by the way that’s a shadow of a sea gull on the wall 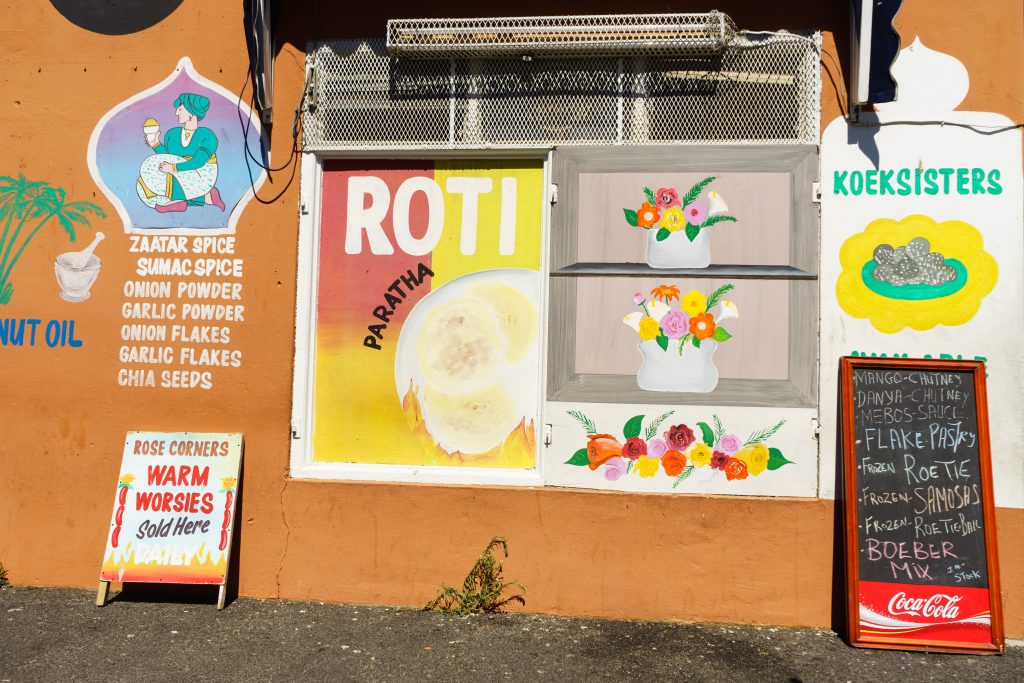 Another proof is in the roti- at a corner shop. 🙂 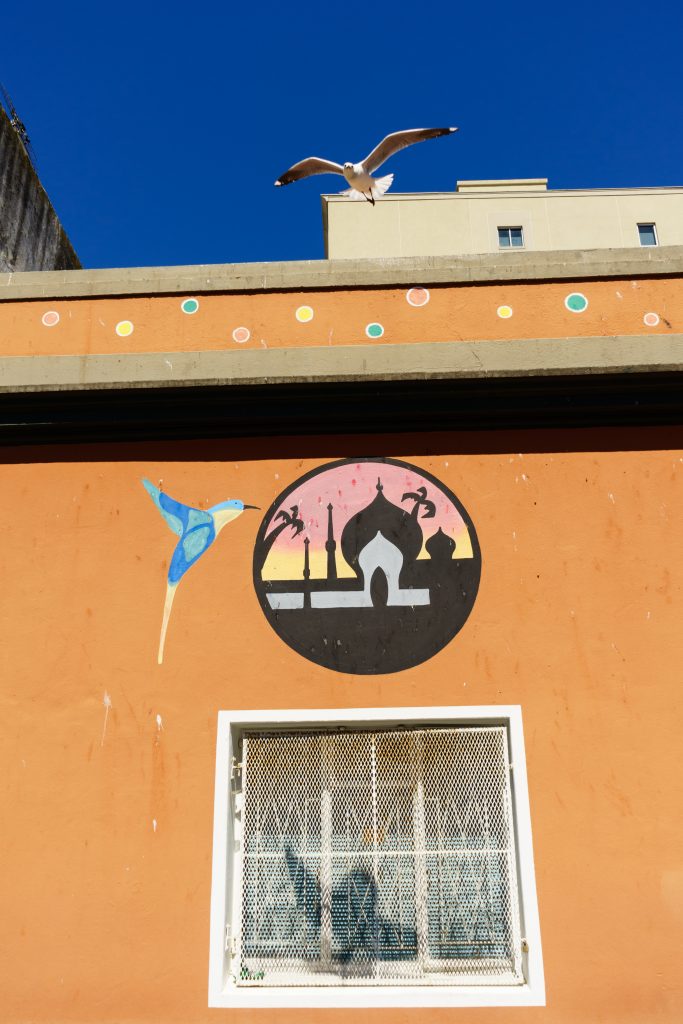 This area is also know mainly for its Muslim community 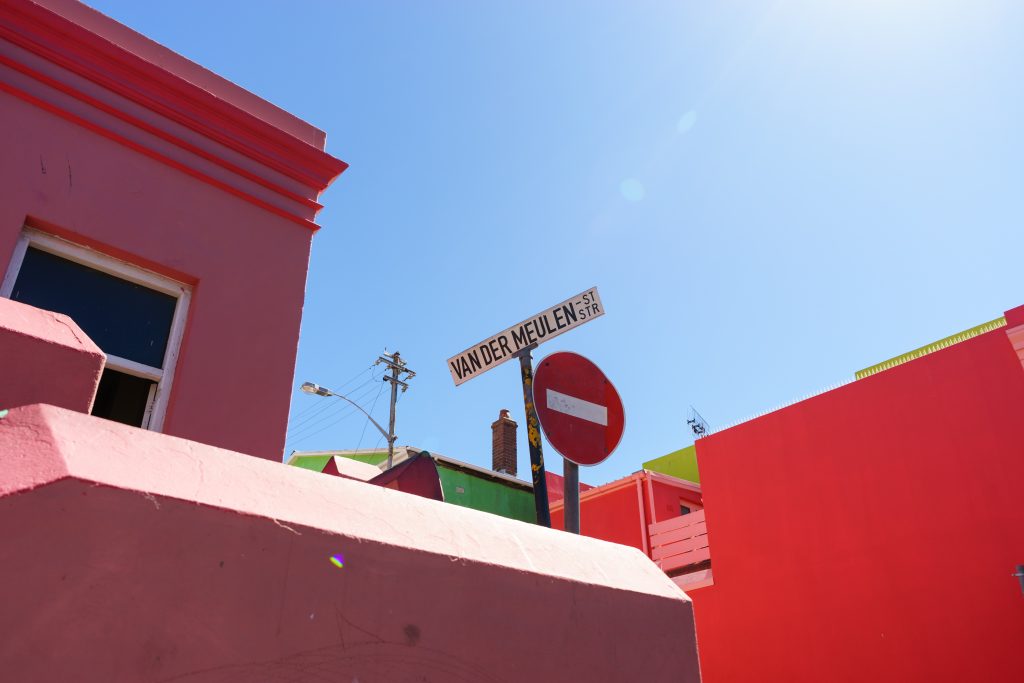