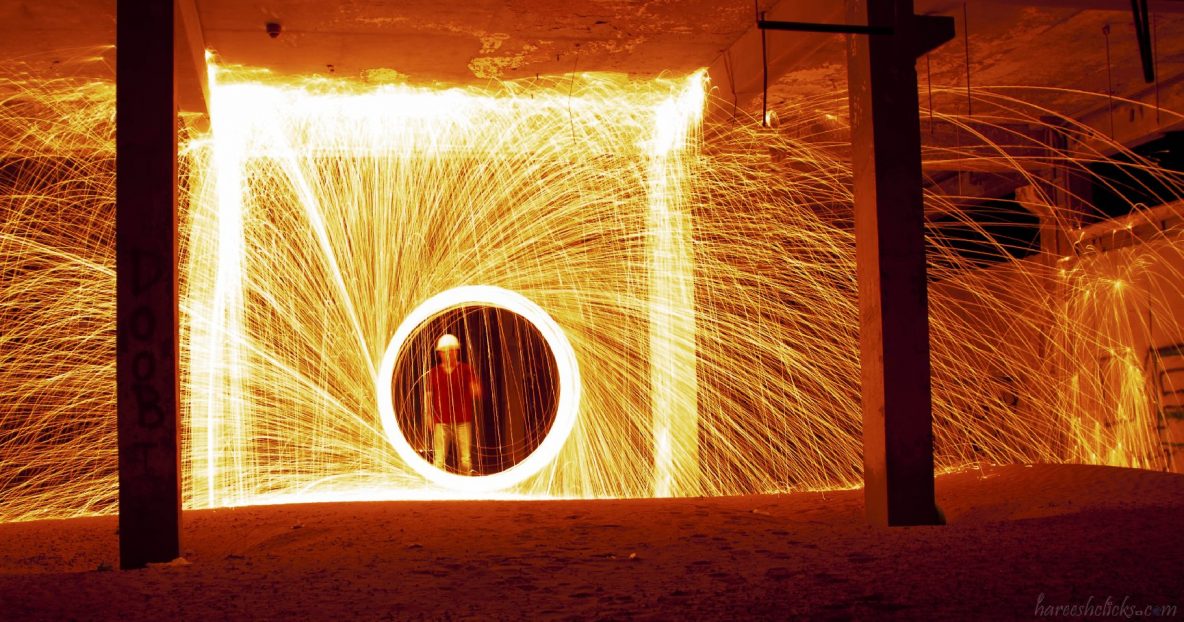 This is a sequel of the last post.
After shooting some twinkle twinkle little stars and hogging on few plates of briyani (Yes! biriyani we can’t imagine a late night shoot without food.. I mean proper FOOD not one those granola bars or snack bars or energy drinks.)

HE entered that abandoned building with that intense face and fire in his eyes we knew it.. that’s gonna happen.

Twenty odd tripods were placed with cameras mounted on them.. lens trying to focus HIM.
The intensity of that whole area was immense…
Even that feeble noise of camera trying to focus was deafening..
Hot desert wind vaporized our sweat creating a thing film of fog…
From behind the pillar he emerged..walked to the center calm and collected, looked at the steel wool which was in his right hand.

Suddenly a spark from his eyes lit the steel wool and THAT’S IT!!
He started swinging in all directions.
While we simply kept pressing the shutter, mesmerized.. all that swinging were magically registered as master piece we didn’t realize until then that HE was transformed in to a Pabalo Picasso of steel wool painting.

Don’t believe me?? Scroll down and see it for yourself 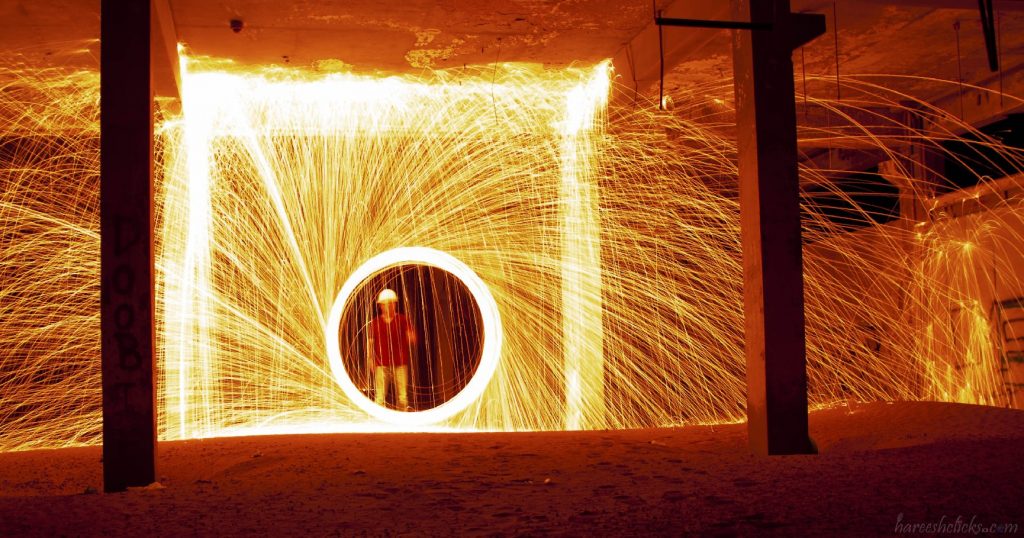 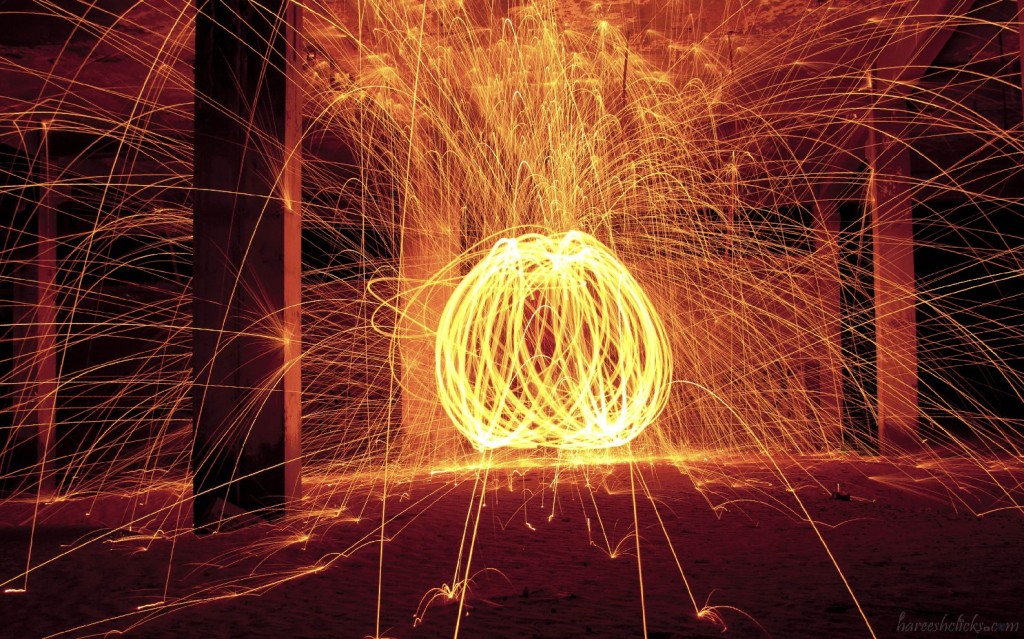 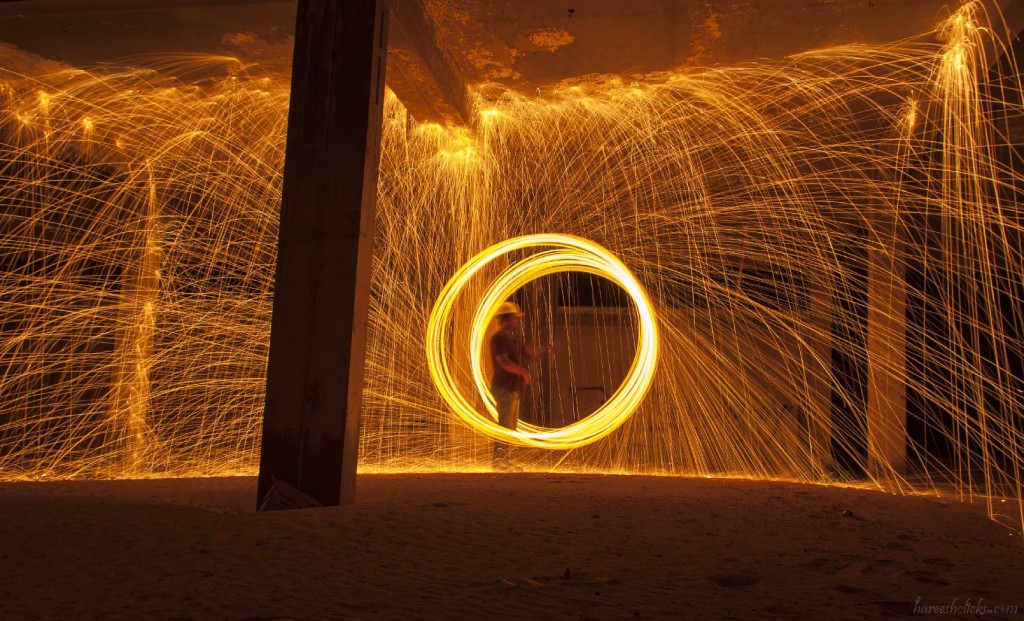 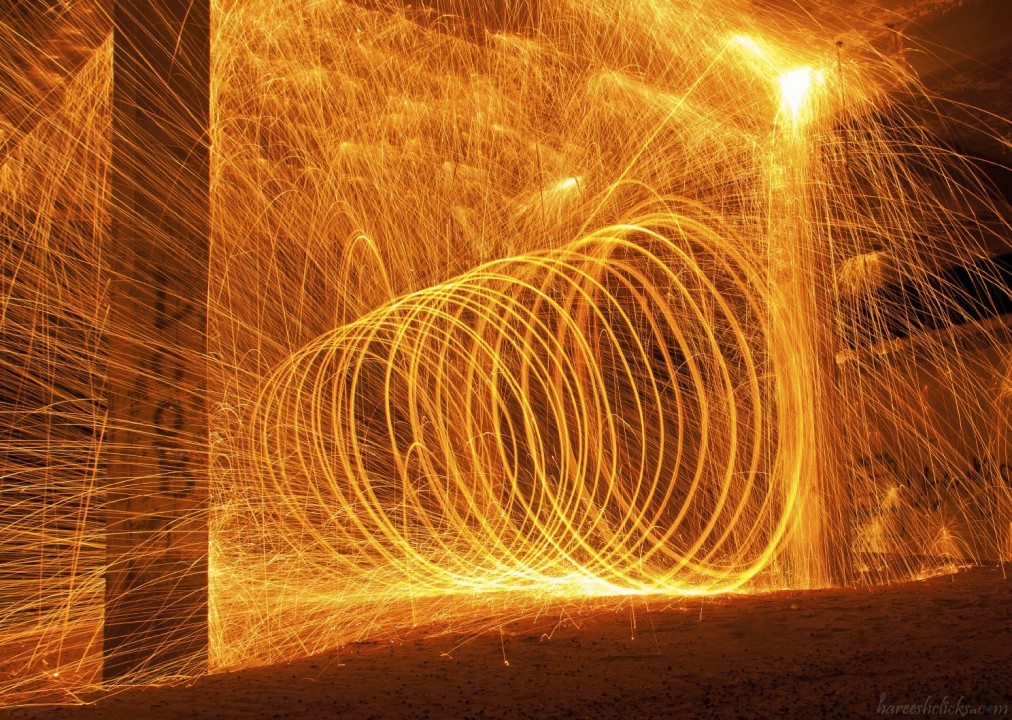 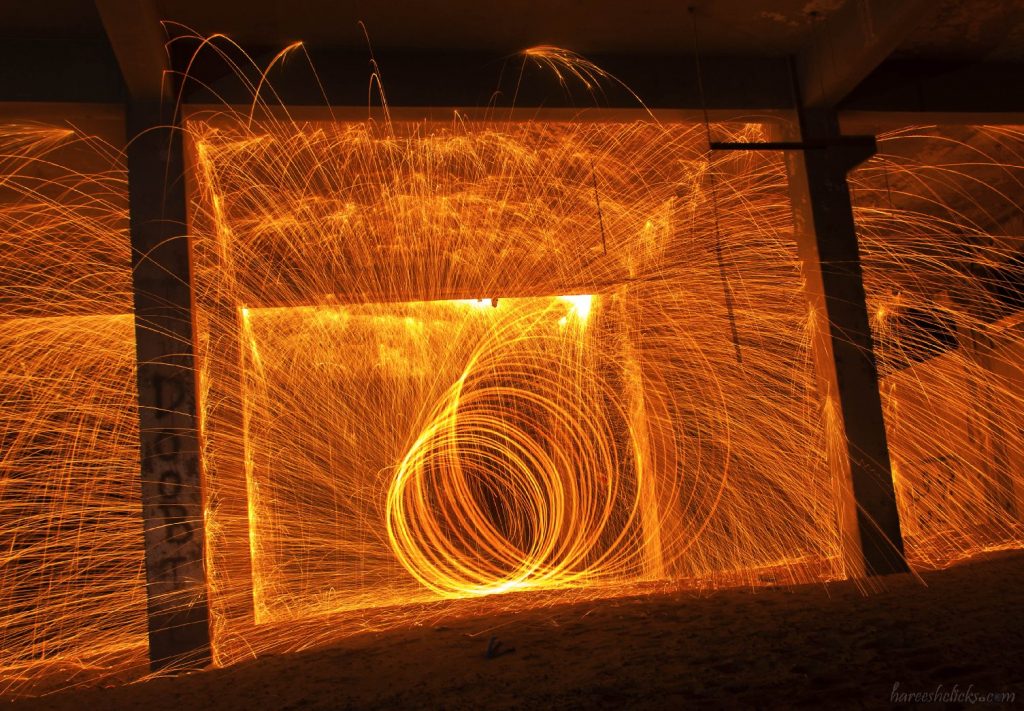 It took couple of minutes to collect ourselves

When we asked HIM how HE did that.. the”Man of Steel”  the”Picasso of steel wool painting” Mr. Manoj M Olikara

After a deep pause staring at the stars HE replied

“People are afraid of what they don’t understand and some times you have to take a leap of faith first. The trust part comes later“.

That moment we all looked at him like.. drum roll 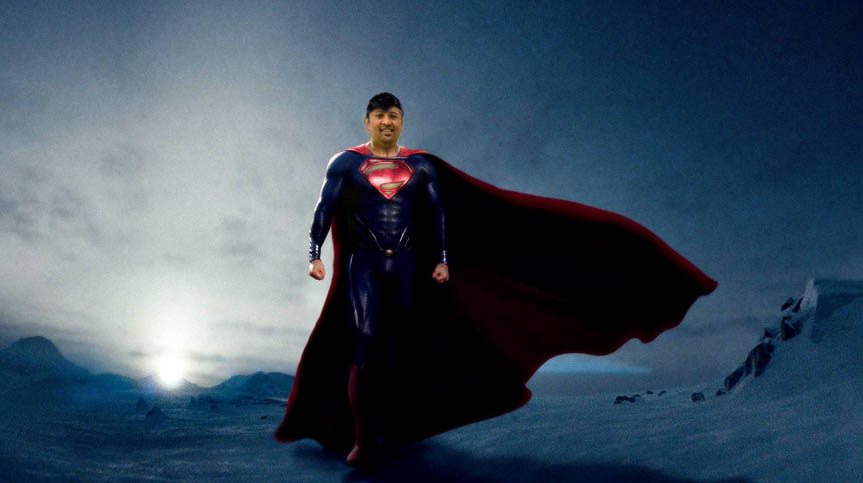 What, even after all this you still didn’t understand how he did that??
Go check out some online tutorials on steel wool light painting 🙂