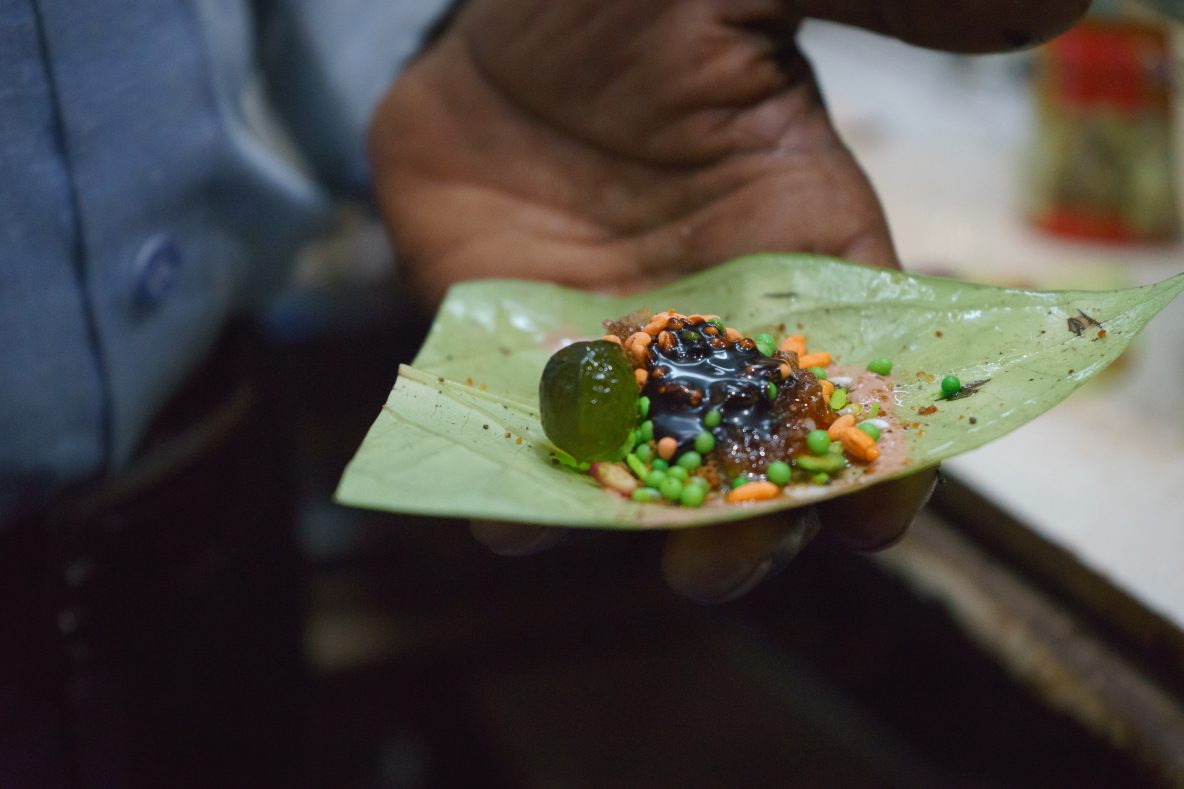 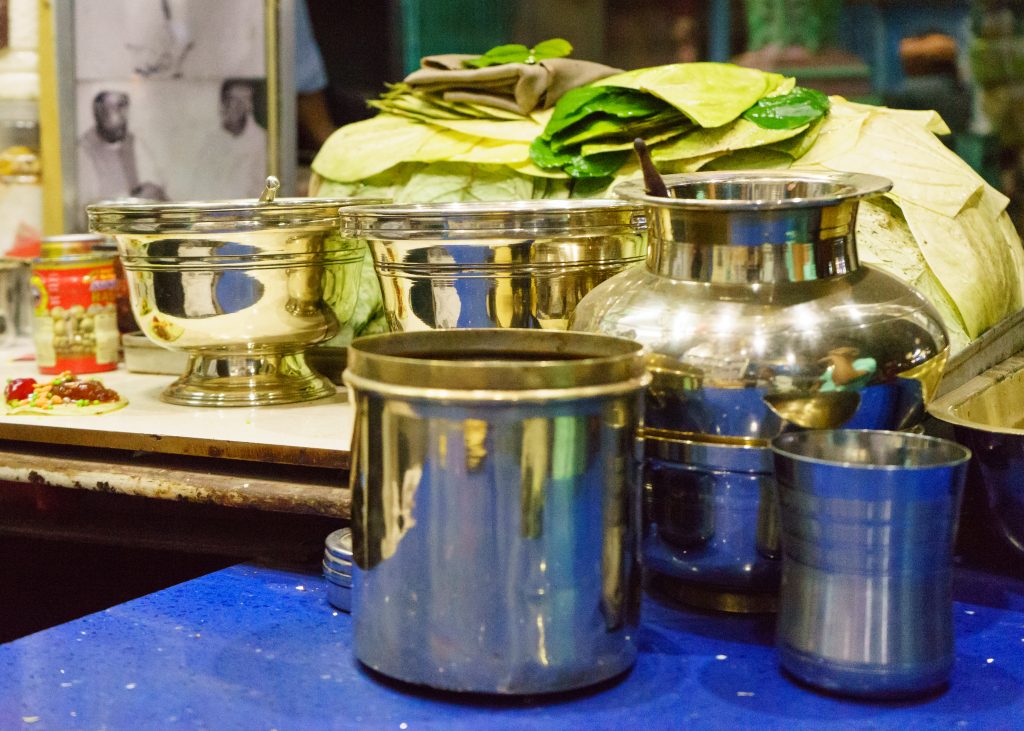 Banaras is popular for many things but Paan is synonymous to this place as cheesecake to New York or maple syrup to Canada..There is no street without a paan stall.

Paan is a preparation combining betel leaf with areca nut and sometimes also with tobacco. It is chewed for its stimulant and psychoactive effects. After chewing, it is either spat out or swallowed. – Wikipedia

We decided to try the best paan available and stopped at the legendary Prahlad Prasad Chourasiya Paan shop an award winning (from the President of India)paan artist. Apparently no politician or celebrity leaves Varanasi without tasting  paan from this shop. The photos on the wall proved the claim -Jawaharlal Nehru, Indira Gandhi, Kamarajar, Lal Bhadur Shastri  and many more. We met the son of the legend himself who was more than keen to tell us the full history of his father and grandfather(Of how they played a role in pre-independence fight against the British raj )while preparing us the “special” paan. 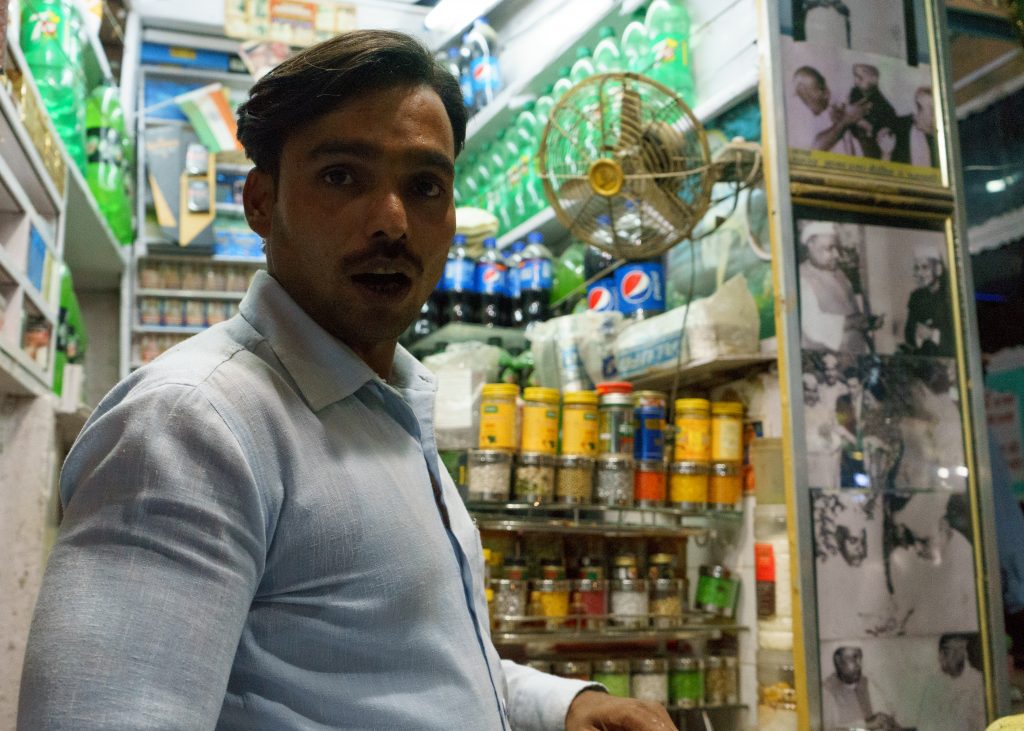 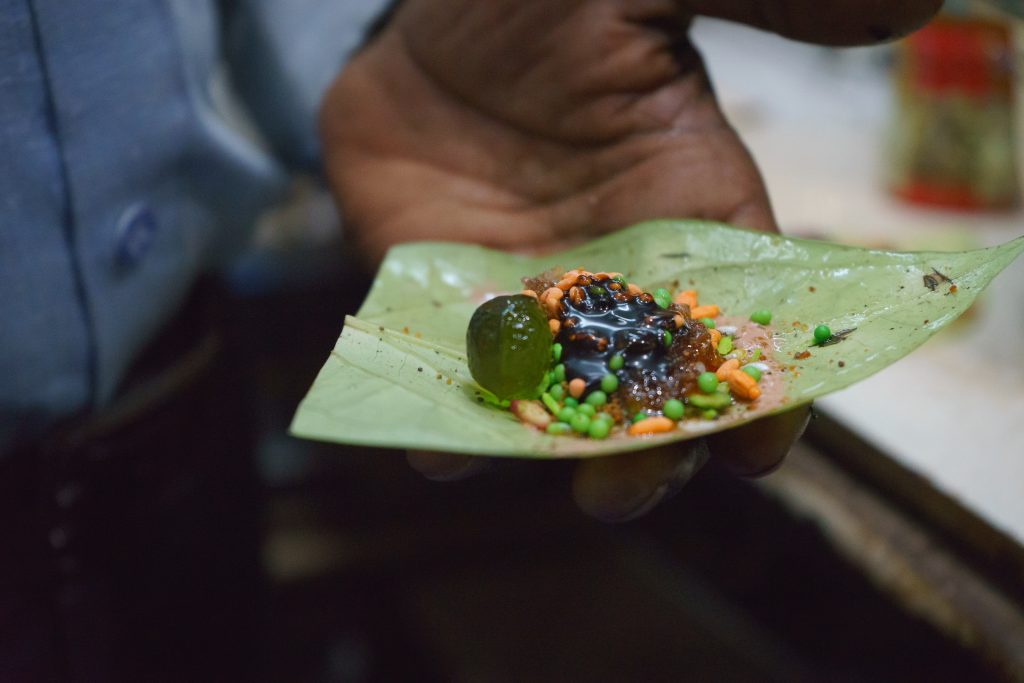 I have no idea what those ingredients are 🙂 .My guess would be supari, gulkand, tutti fruity and some Indian spices(minus the tobacco)

The superior quality betel leaves are specially brought hence the price is higher than other stalls. 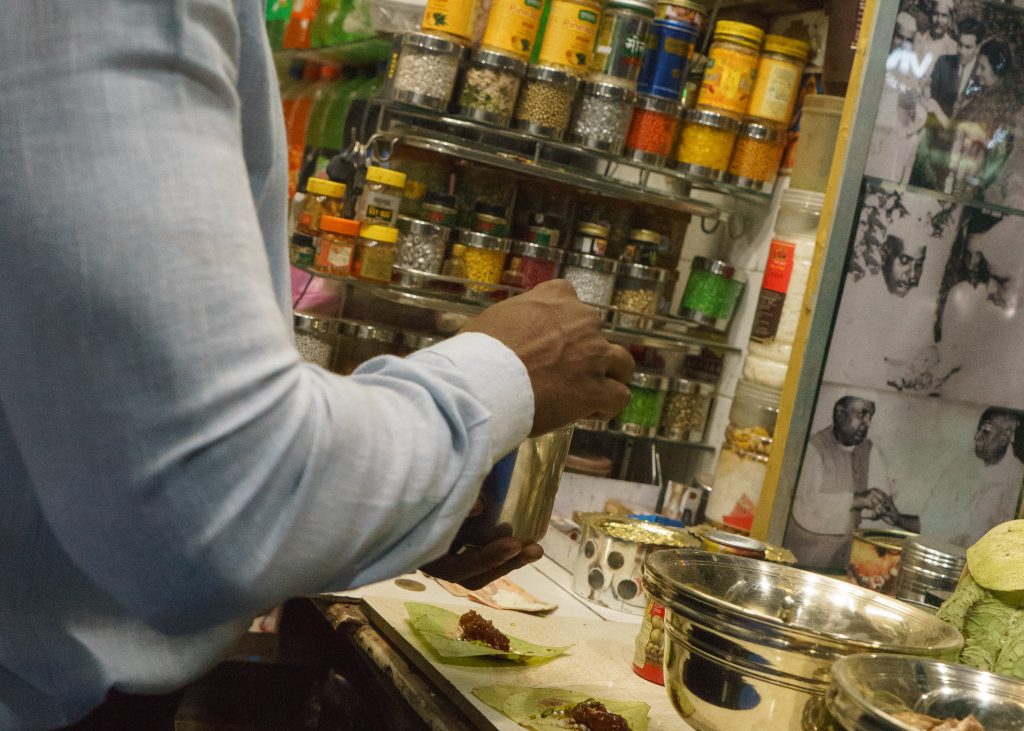 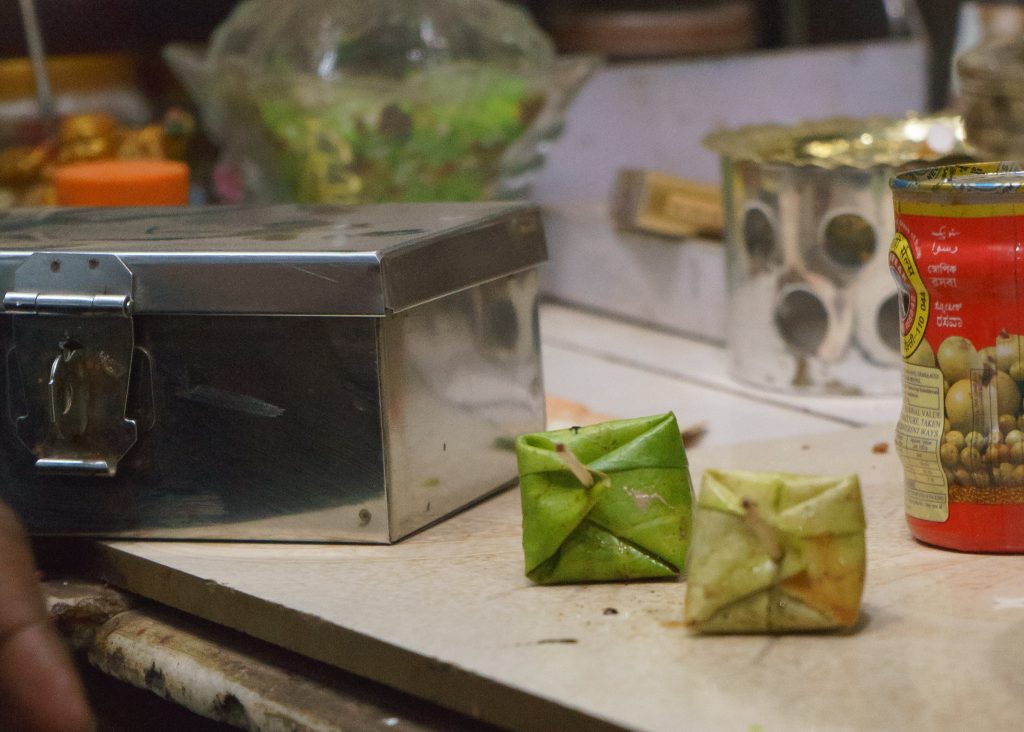 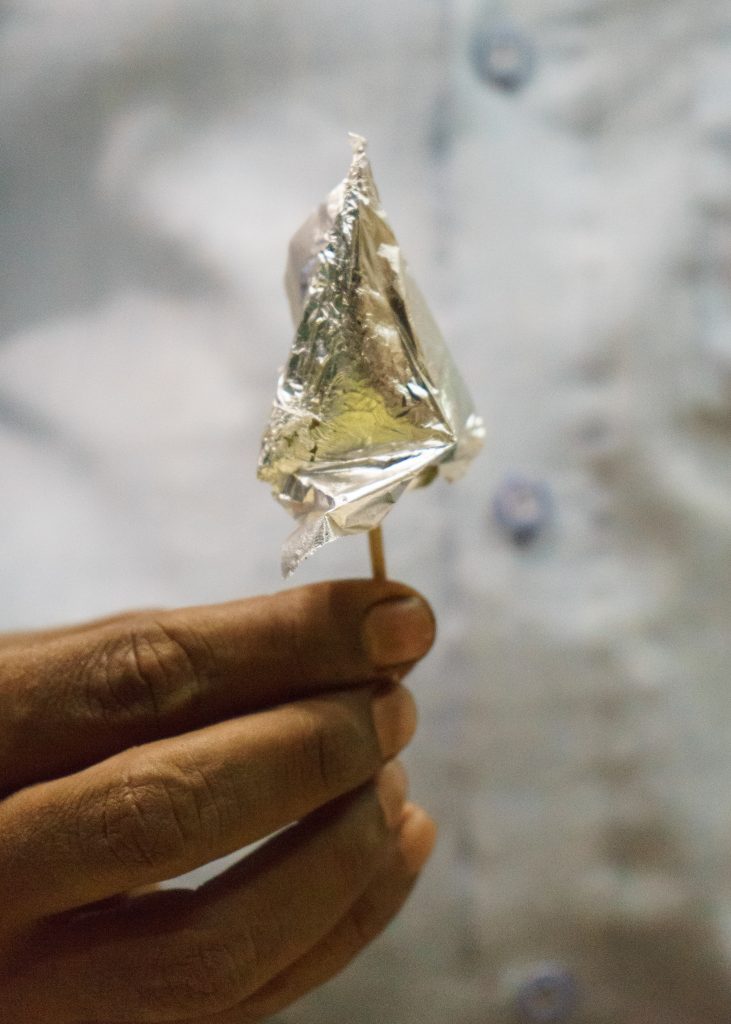 Adding the bling to our paan was a final ingredient-a silver leaf. And ladies and gentleman the ‘paan banaras wala’.

If I say the paan was amazing,it would be an understatement.It was  an explosion of multiple flavors from the cardamom, cloves, fennel seeds and predominantly sweet. 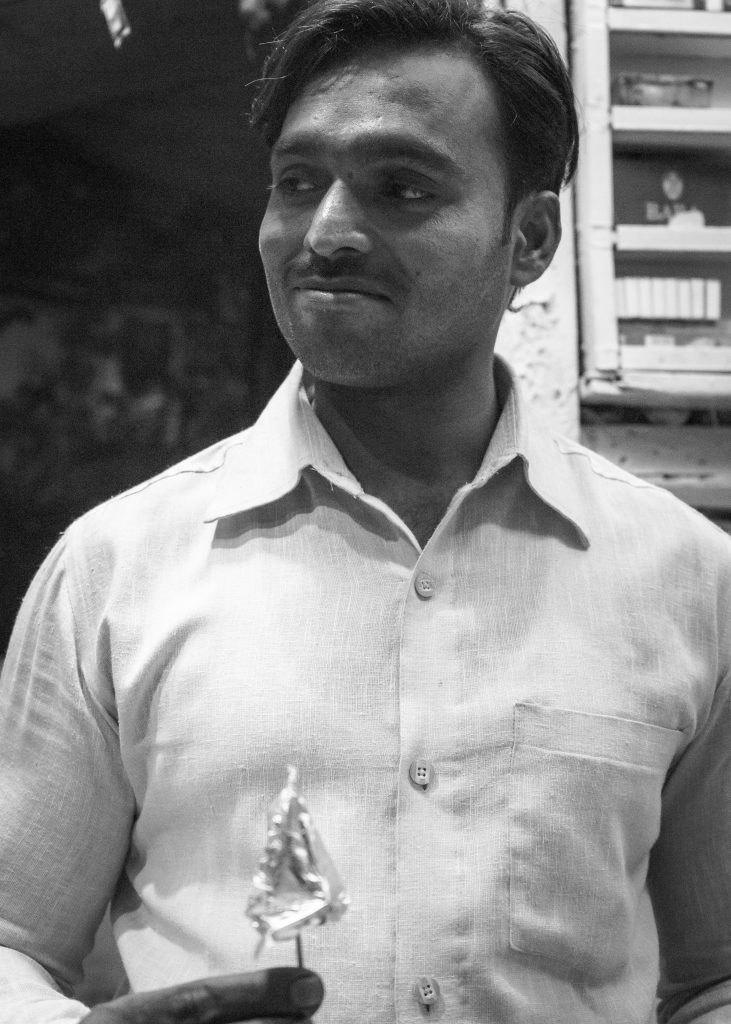 That pride and passion for excellence in his product 🙂