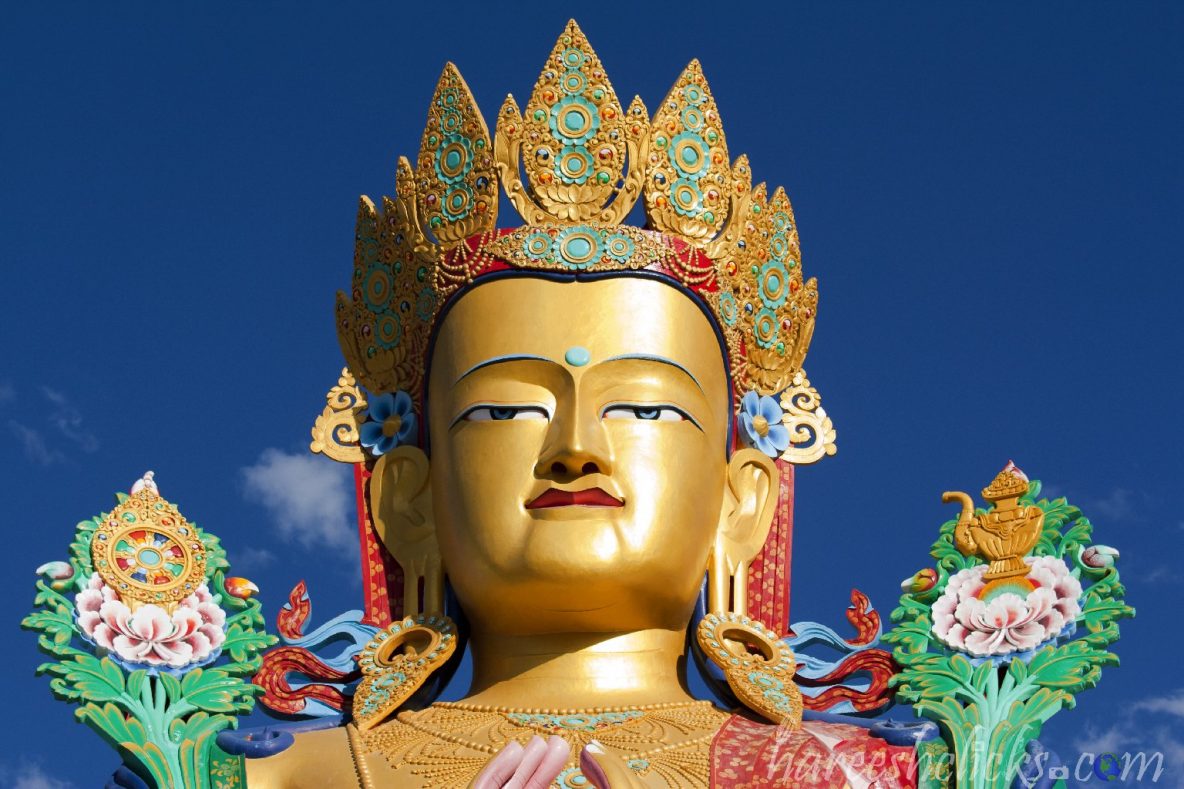 This one of the breathtaking statues I have ever seen..

His Holiness the Dalai Lama blessed a newly installed Maitreya statue during a ceremony at Ladakh’s Disket Monastery (Dekyi Gonpa in Tibetan) on Sunday.

Dressed in their best traditional costumes, a large number of local people attended the ceremony during which many important dignitaries including His Eminence the 102nd Gaden Tripa, J&amp;K Chief Minister Omar Abdullah and Thiksey Rinpoche were present.