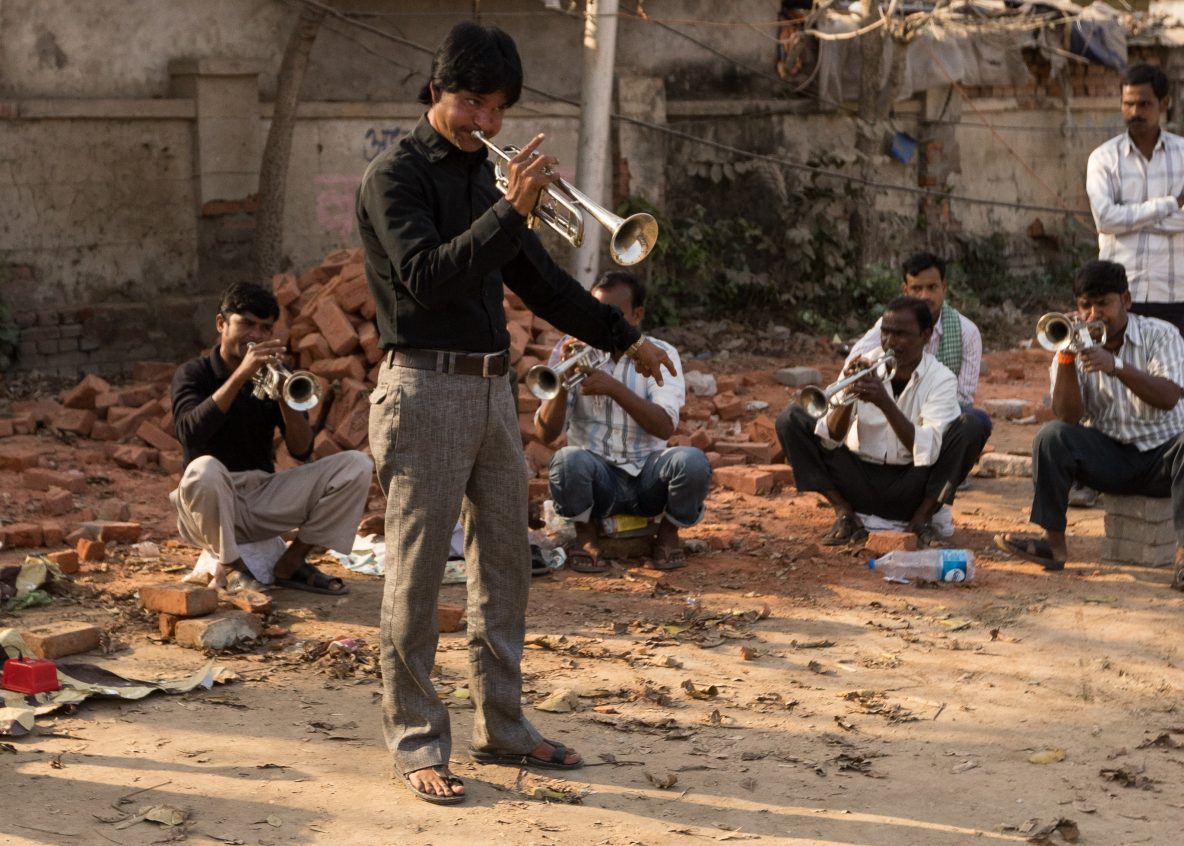 When you are walking through the streets of Banaras you  have to be prepared for all sorts of surprises.
I was heading towards Dashashvamedh ghat to witness the famous Ganga arthi, that’s when I heard the music coming from a distance. As always curiosity got the better of me and I entered a vast open ground through a small gate.
There was this band “The Punjab Band” practicing for the evening’s wedding procession.

Being from Southern India, I personally haven’t experienced (other than Bollywood movies) the famous “band baaja baraat” without which a North Indian wedding is incomplete. Basically the band plays latest / classic/usually fast paced dance numbers for the wedding guests to dance to and enjoy during procession. So that’s the little background.

The whole band was damn excited to see a guy with his camera walking around them. I could see the excitement in their eyes.

During the break the band lead /owner /conductor  approached me thinking  I was representing media. He was quite friendly and answered all my questions related to his business. Did you know the band tradition was introduced during the time of British colonialism which slowly  became part of the Indian culture? In early days this used to be one of  the profound professions for many musicians as they were entitled to get a rank in the military.

He also expressed his concerns that these days they have to play way louder to be heard in midst of the recorded so called “DJ” music which is now used in  modern day wedding processions. Finding trained musicians is another challenge he faces everyday as there is no steady income. I could sense the pain in his voice which he was trying to mask with a smile.

Here is another tradition which is slowly fading away to non existence. 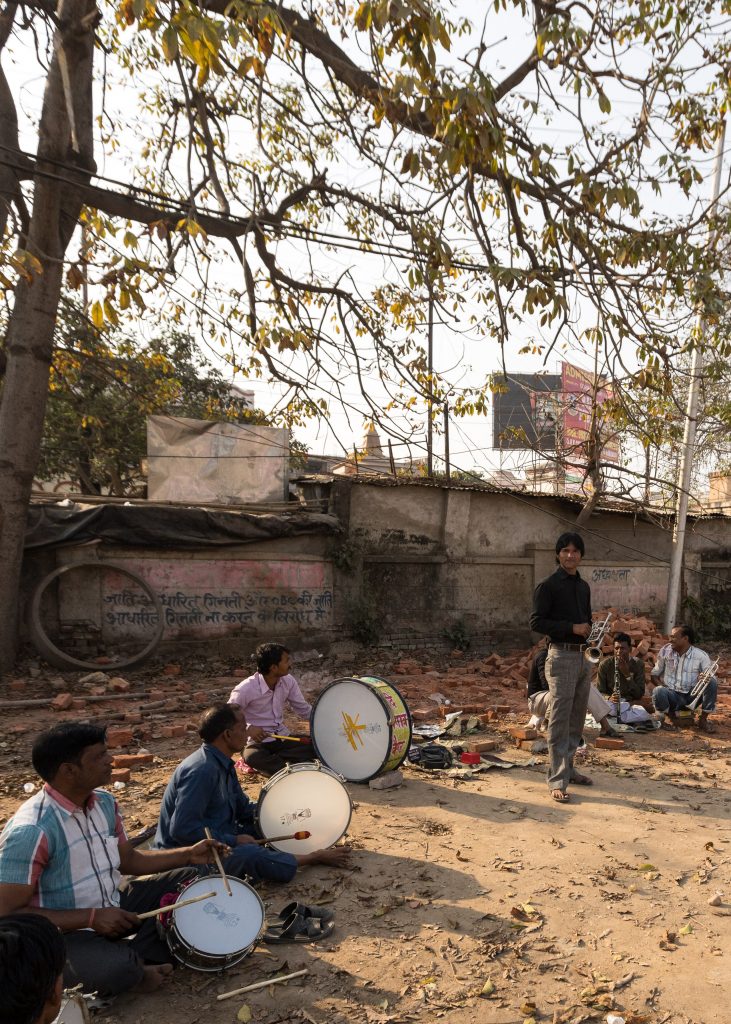 Instructions are passed to the team 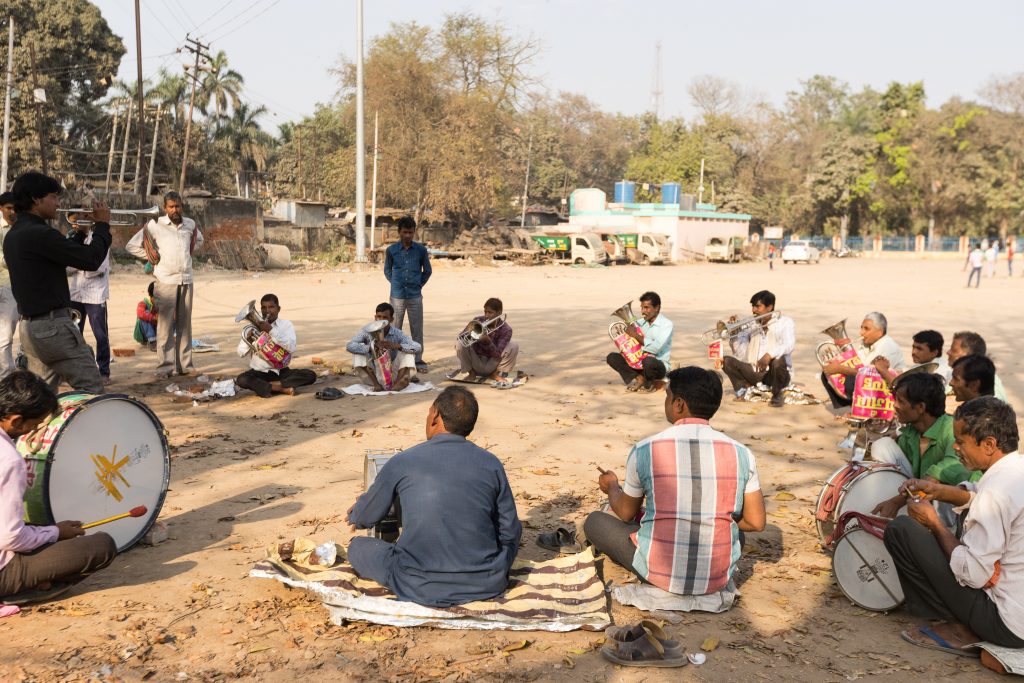 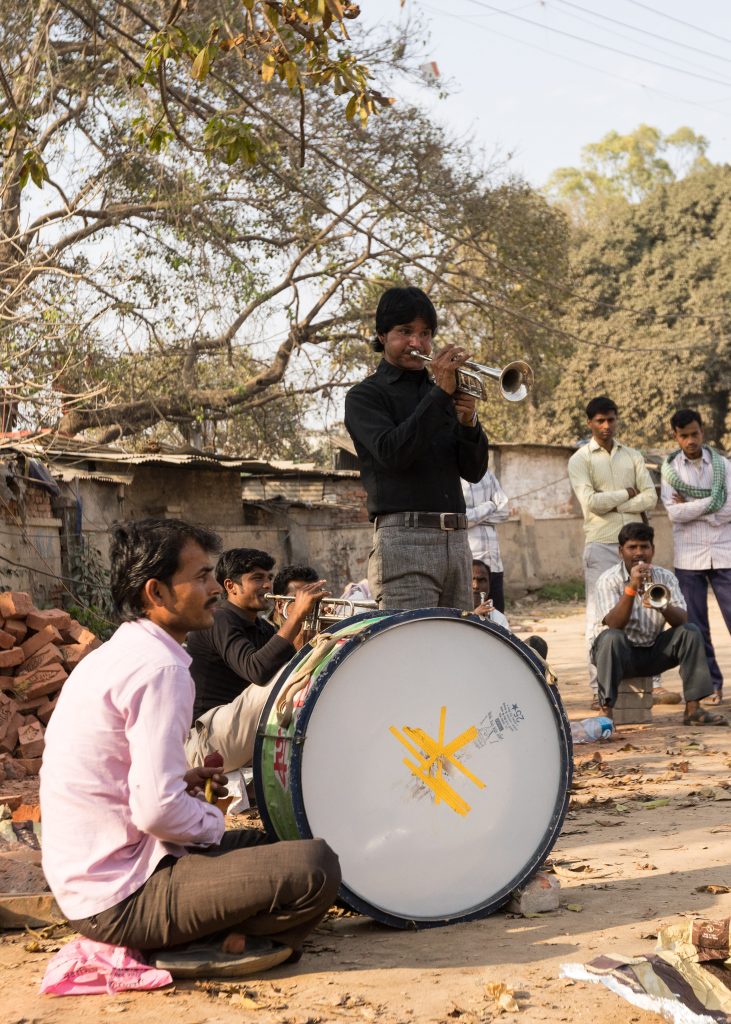 the drummer with his patched up drum 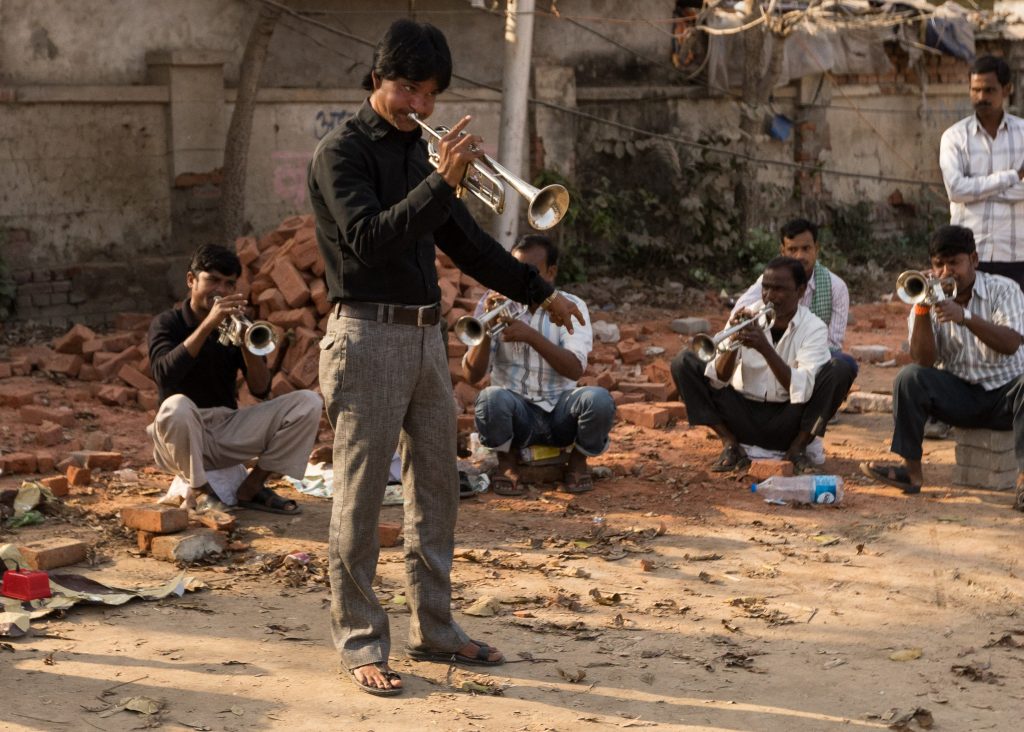 Making sure they are all in sync 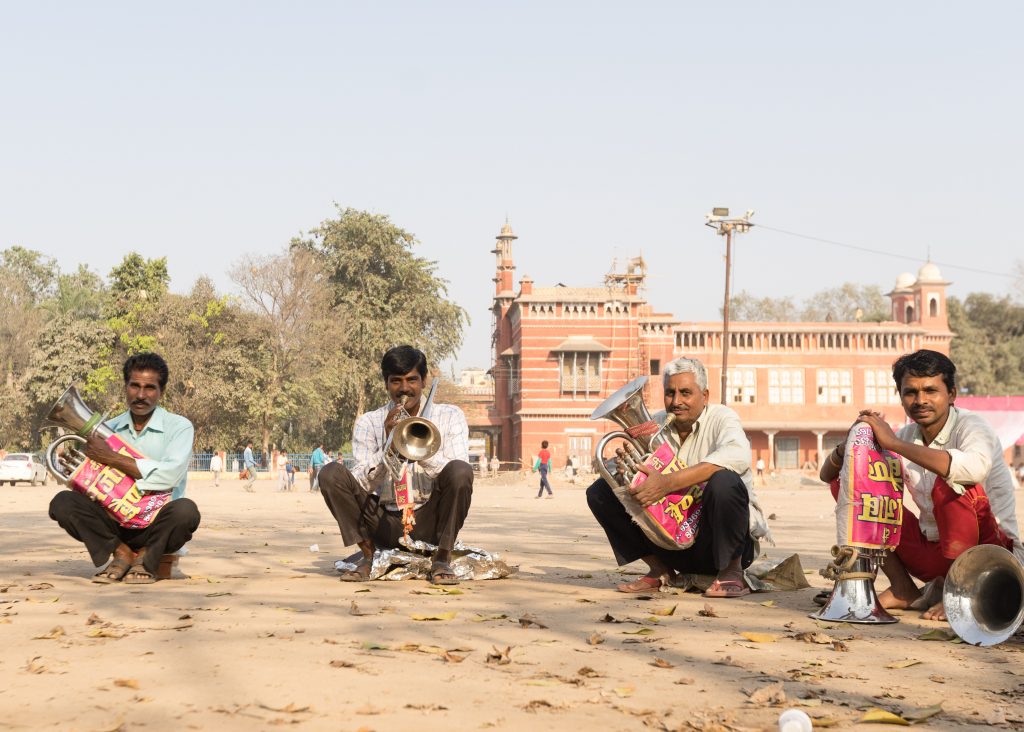 Let us smile for the camera first 🙂 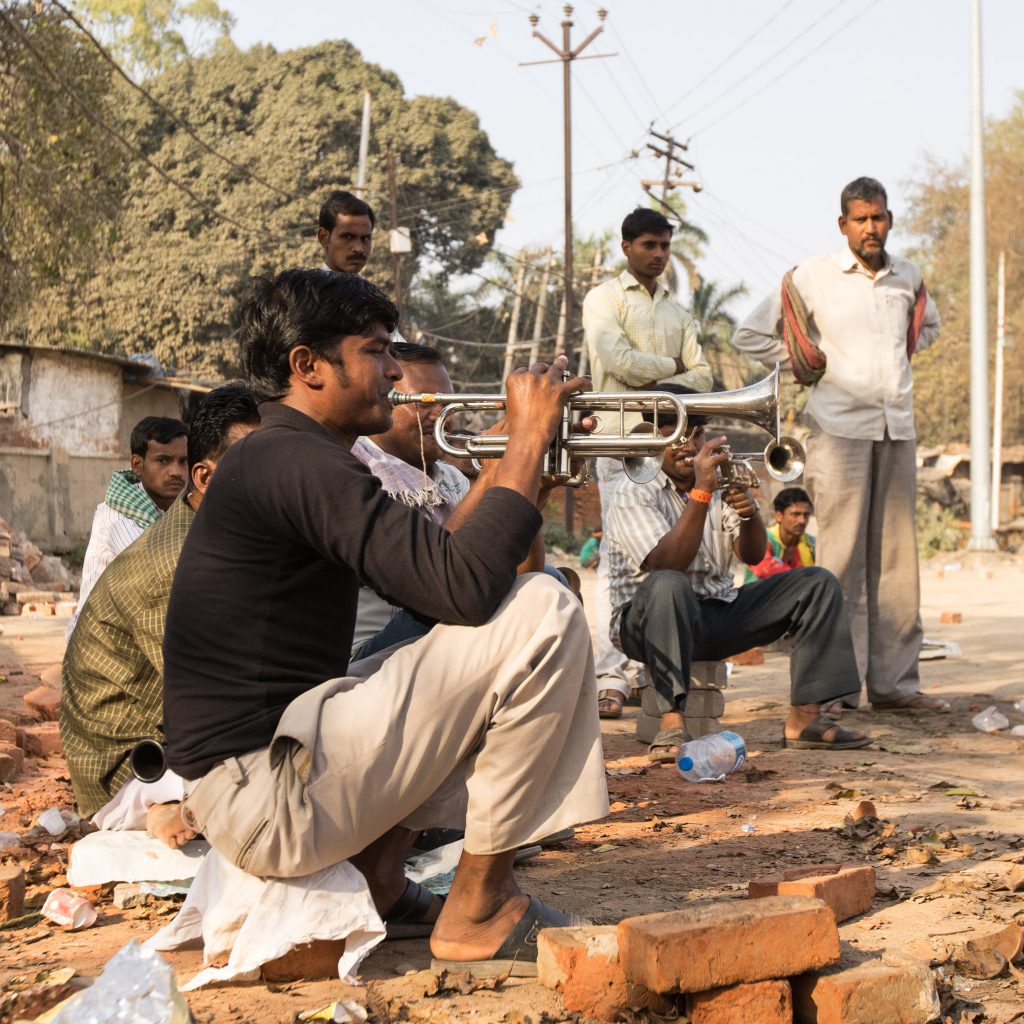 The second in command in action with his trumpet 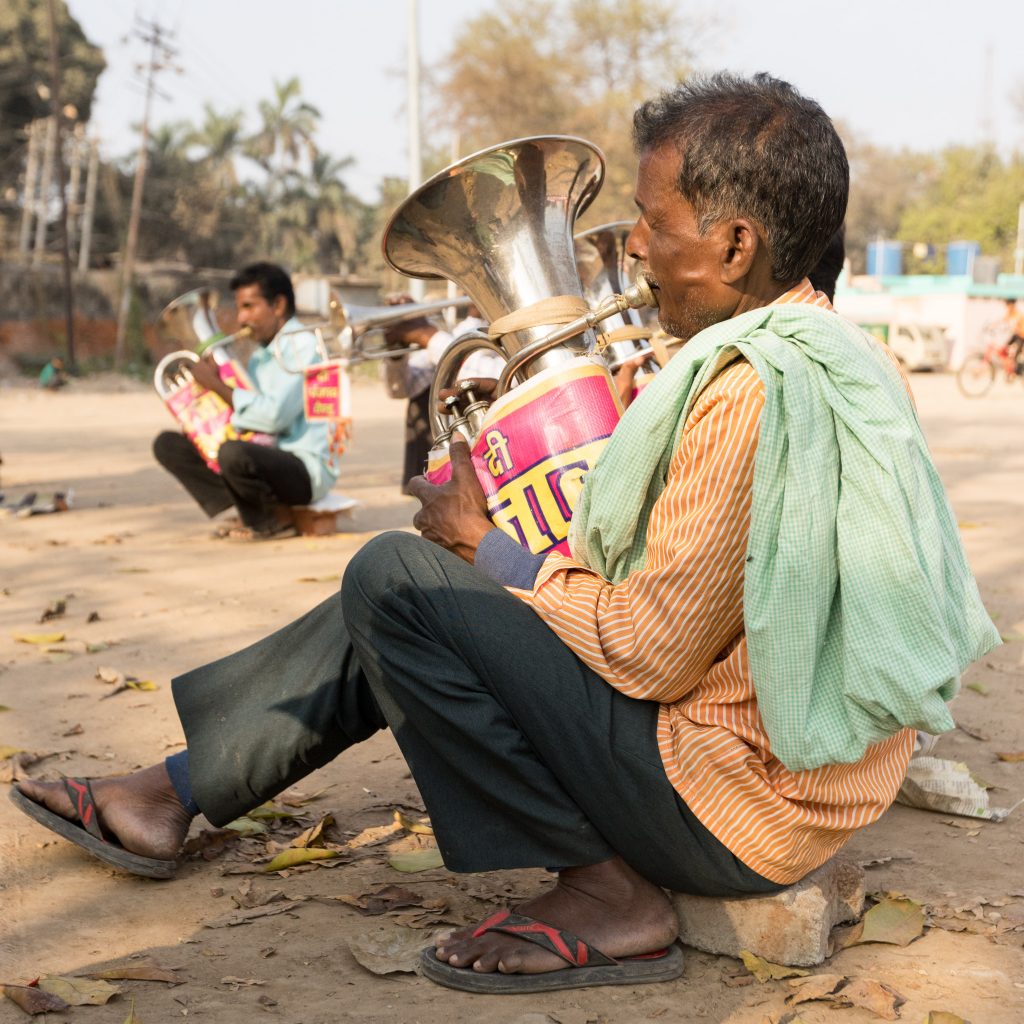 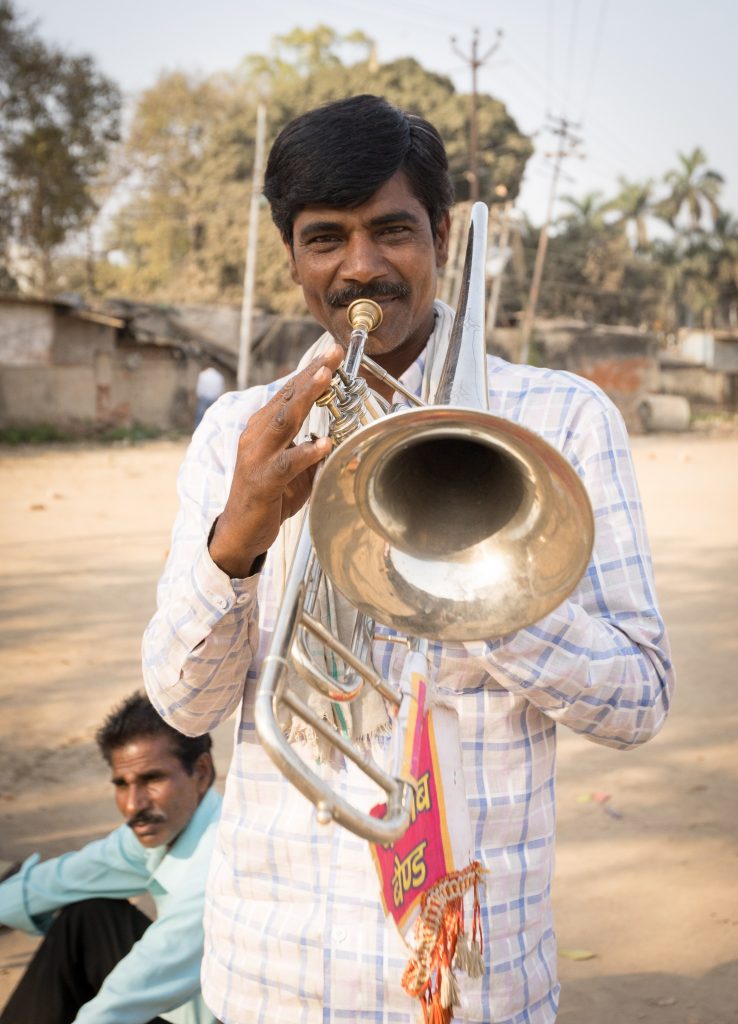 The trombone player who also wanted a solo portrait 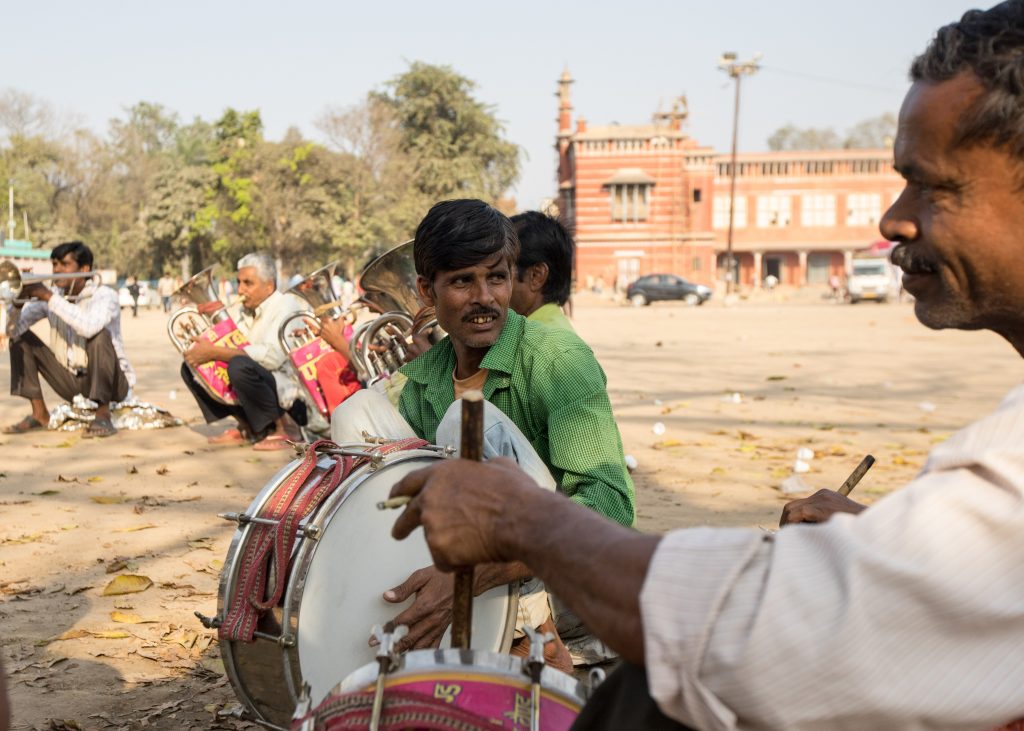 They got some smoke and the beat.. the drummers! 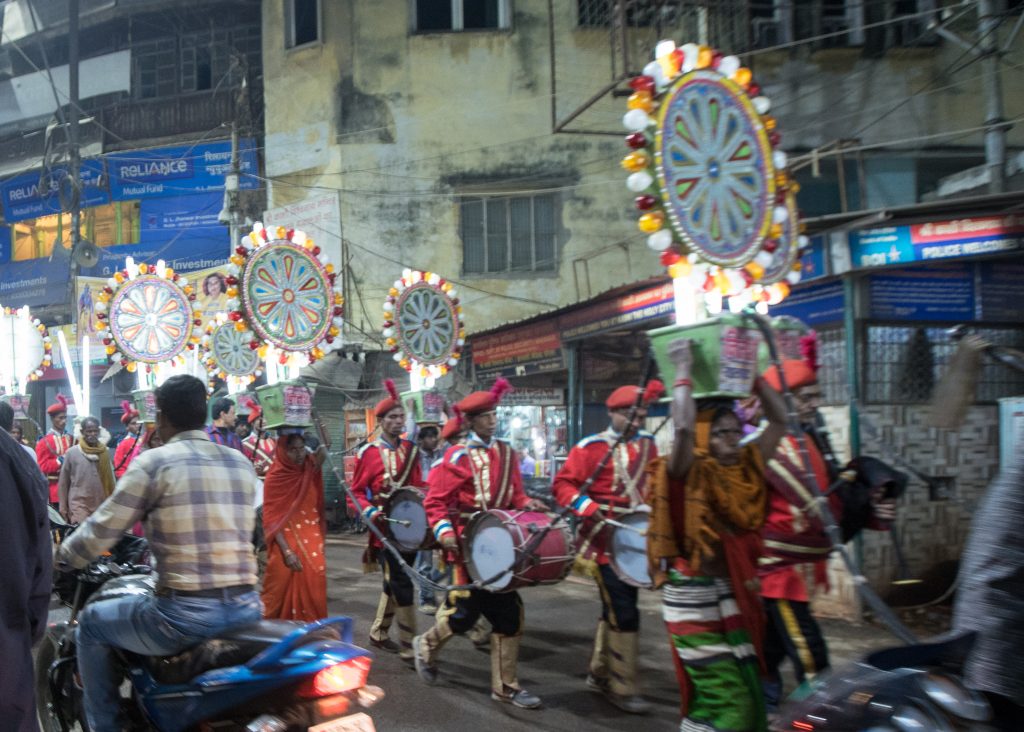 Another band during a wedding procession in the evening, I assume The Punjab band must have looked similar.