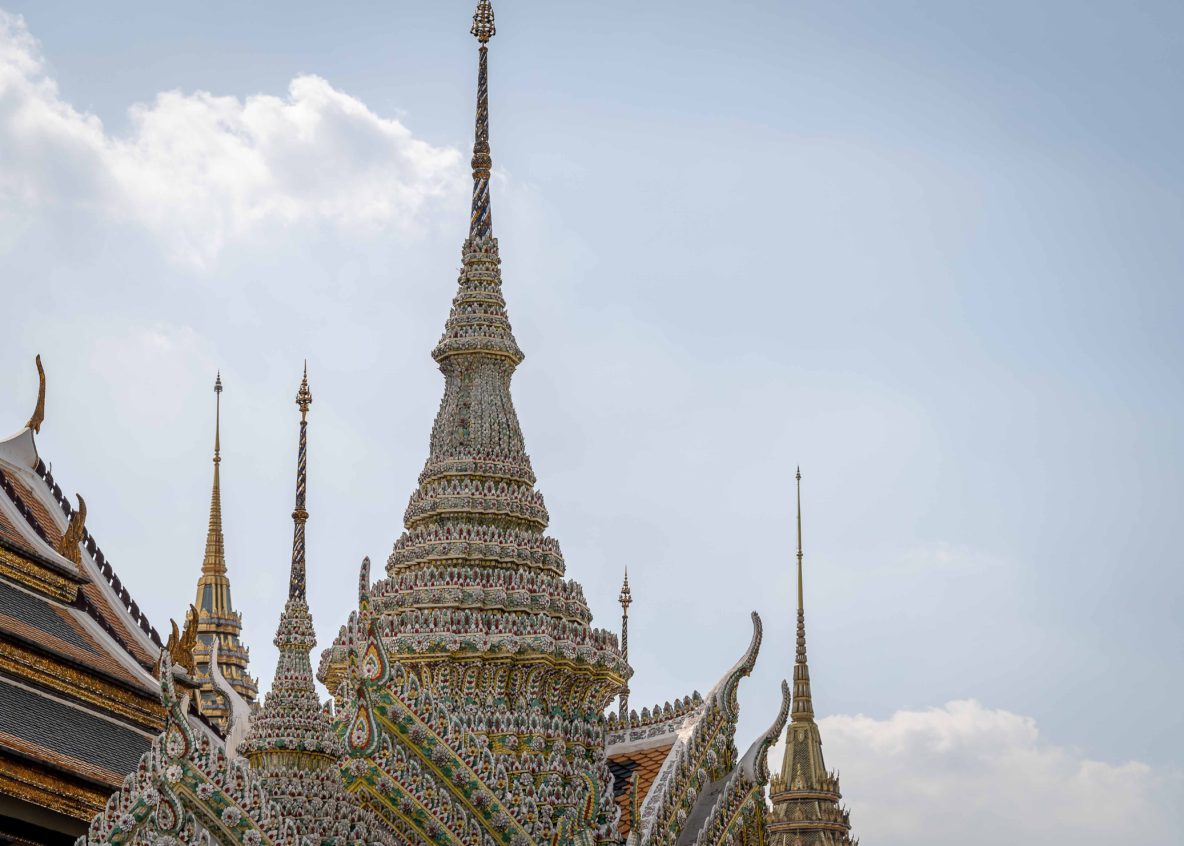 This was probably the shortest family holiday we had ever been on. It was an impulsive decision to jump on to a plane and fly to Thailand. Taking advantage of the very comfortable process of Visa on Arrival, and the unconditional love we have towards their cuisine, we end up in Thailand every single time. So here we were on yet another occasion. Though we were battling jet lag on one side, a tour of Bangkok was extremely necessary.

Visiting The Grand Palace was on top of our list for obvious reasons.


Here’s a little info about this grand place

The Grand Palace is a magnificent complex of buildings of great significance in Bangkok. Construction of the Palatial complex began in 1782 when King Rama 1 decided to move the capital of Thailand from Thonburi to an area known as Rattanakosin island on the East side of the Chao Phraya river. It houses not only the palace and the Emerald Buddha shrine but also a museum, and several royal offices.

When King Rama I began building the Temple of the Emerald Buddha he added a tall belfry to house a the original structure no longer remains, this blue and green mosaic bell tower took its place during the reign of King Rama IV.

The Chakri Maha Prasat hall is a rather western looking building with its very own touch of Thai architecture, surrounded by a modern courtyard. The original architect we are told was a Briton working in Singapore named John Clunich. While King Rama V wanted an entirely western look to his new home, others in the court argued that the king’s residence and throne hall should reflect Siamese motifs.
Hence the decision was made to replace the domed roof by a Thai styled roof. The final result is rather spectacular I must day.

Upon entering the palace complex, we couldn’t help but notice the brilliant sheer of gold on the walls. The entire corridors around the palace are adorned with mural paintings. Which depicting the Hindu epic”Ramayana” The Paintings are a continuous narrative without any break between the scenes.

More than the amazing stories and legends about this place what fascinates me the most is the amount of effort that goes in every day to preserve the same old charm with so many tourists visiting every day.