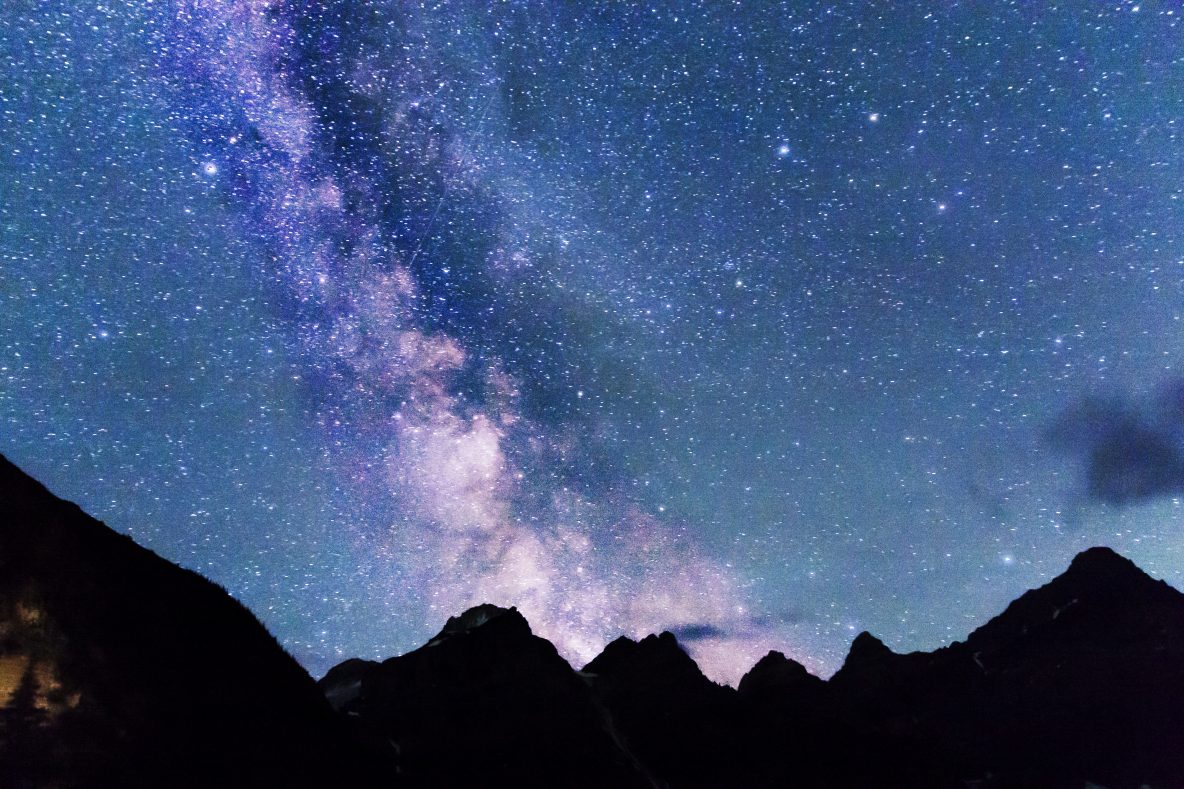 The plan was to do some “astrophotography” and we couldn’t have opted for a better location than the majestic Moraine lake. 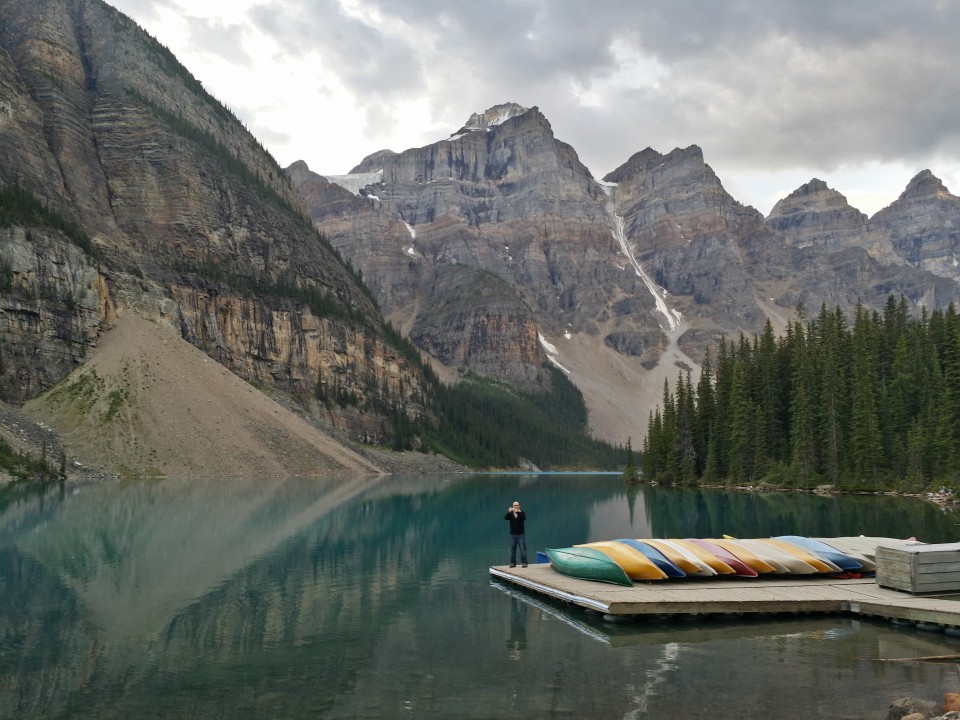 A man trying to capture everything from the canoe dock.

Reaching the spot just before the sunset gave us ample time to roam around and enjoy the landscape. After a brief walk around we decided to station atop  this little hill. We took an adventurous route to get to the top of the hill by climbing through the rocks and crossing floating logs etc. Only after we reached the spot after 20 minutes of hard work,did we realise that there was a proper pavement and steps around the hill. 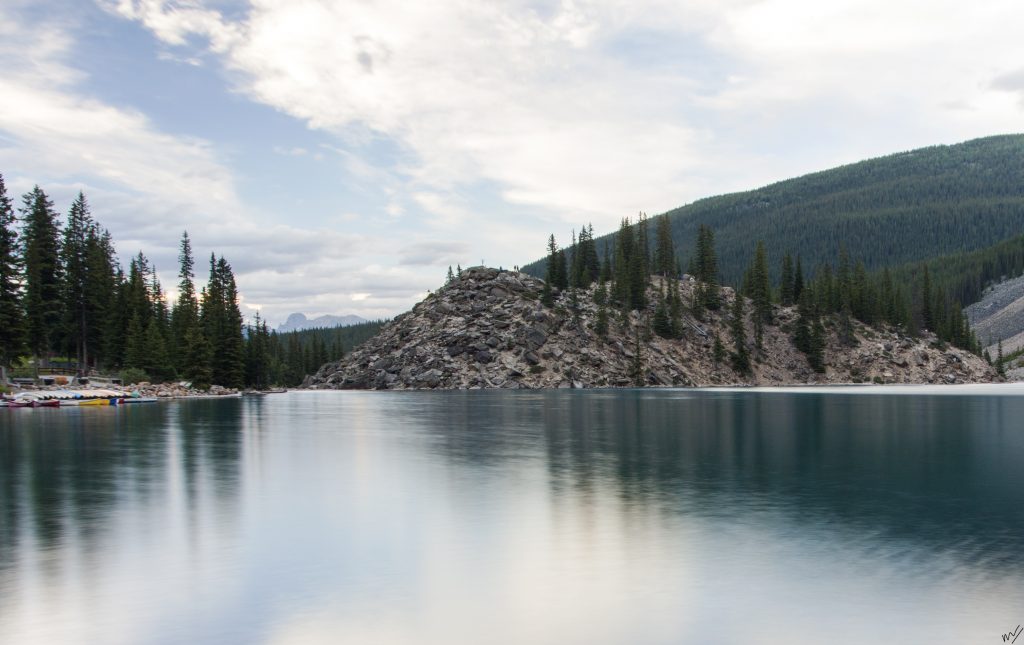 The hill top we chose to shoot from 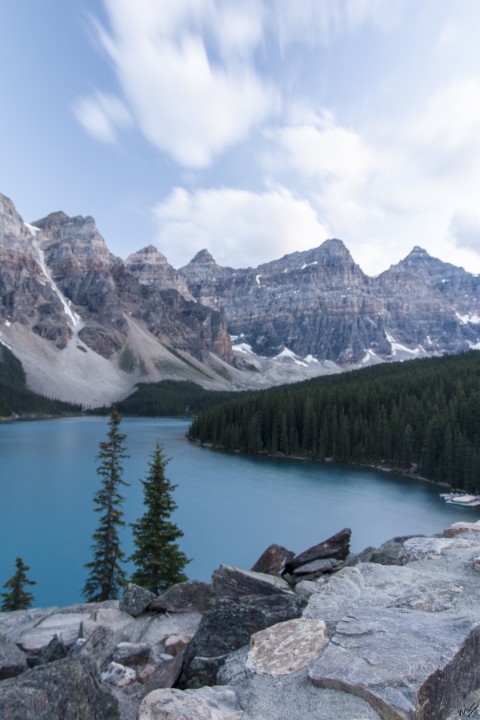 The lake, being glacially fed, does not reach its crest until mid to late June. When it is full, it reflects a distinct shade of blue. The colour is due to the refraction of light off the rock floor deposited in the lake on a continual basis.

Now all we had to do was to wait for the stars to appear. Meanwhile utilised this time to make acquaintance with a fellow photographer. 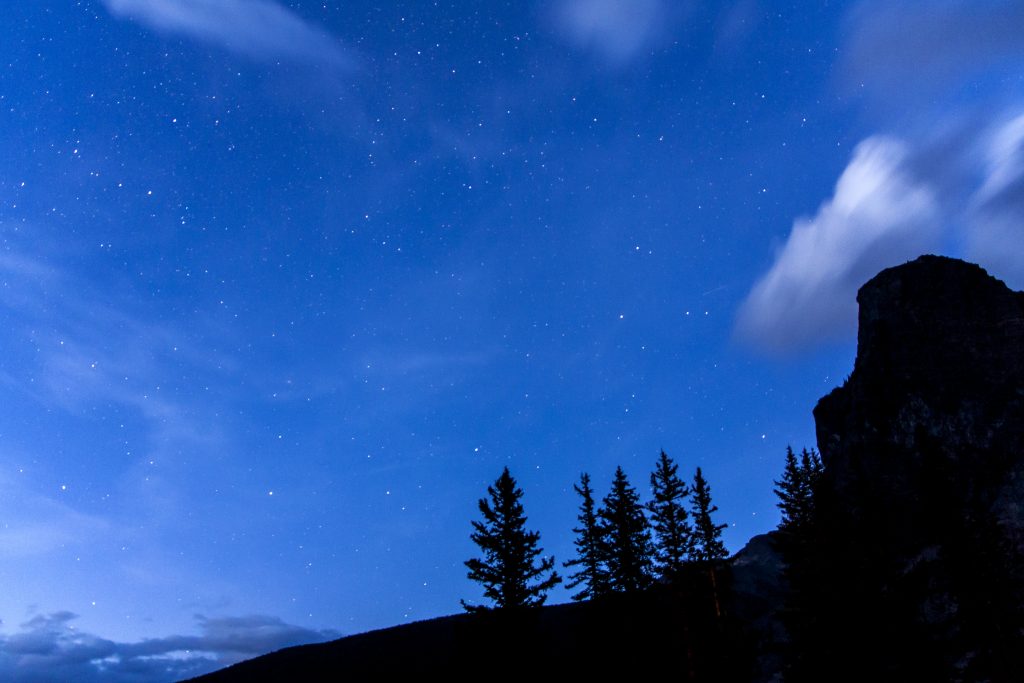 Slowly but surely the milky way showed up. 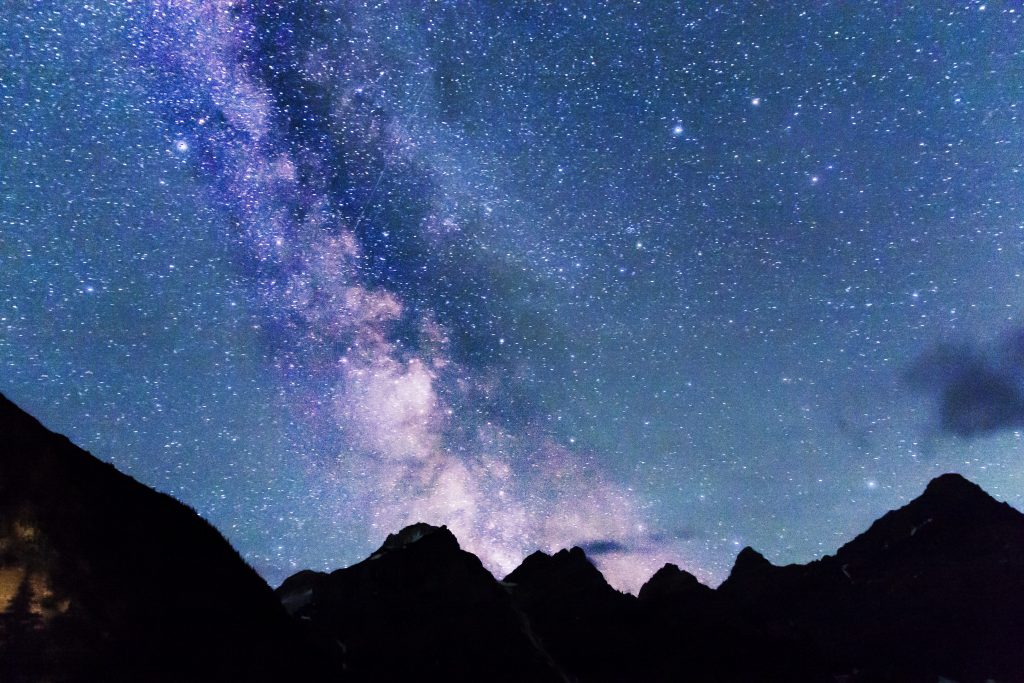 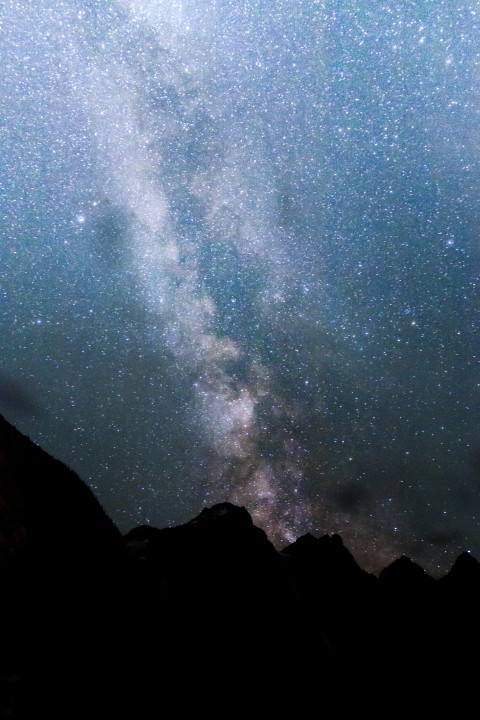 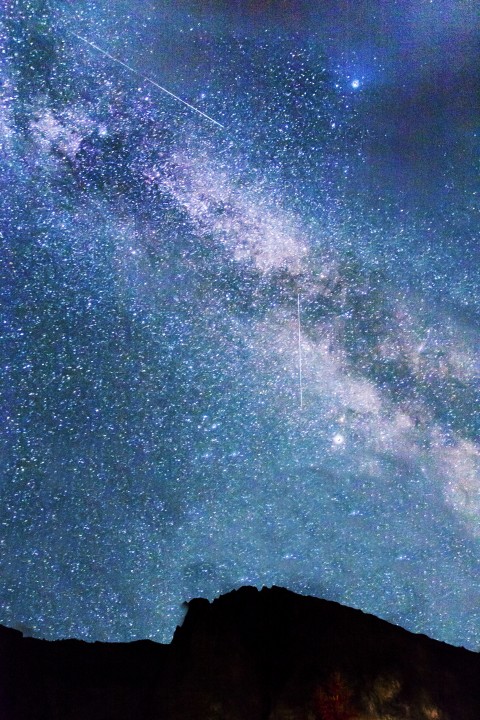 Shooting stars and forgot to make a wish 😉

When we thought it was all over nature had something else in mind. For the first time ever I had a glimpse of northern lights. It didn’t strike us at first and we thought there was something wrong with the camera. When kept shooting for few minutes the light show got intense. 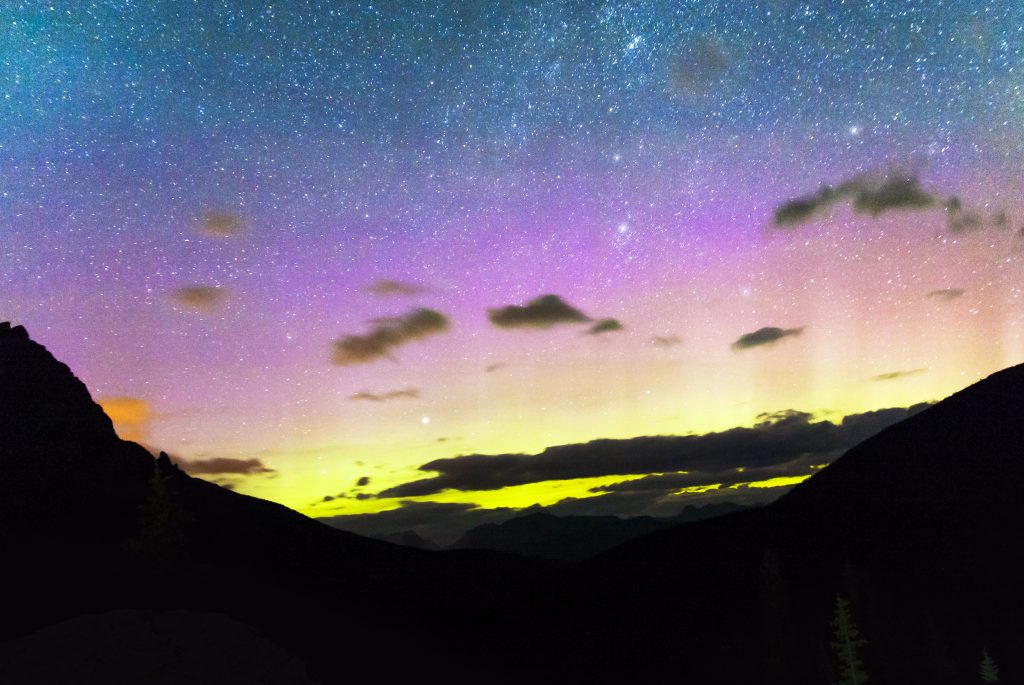 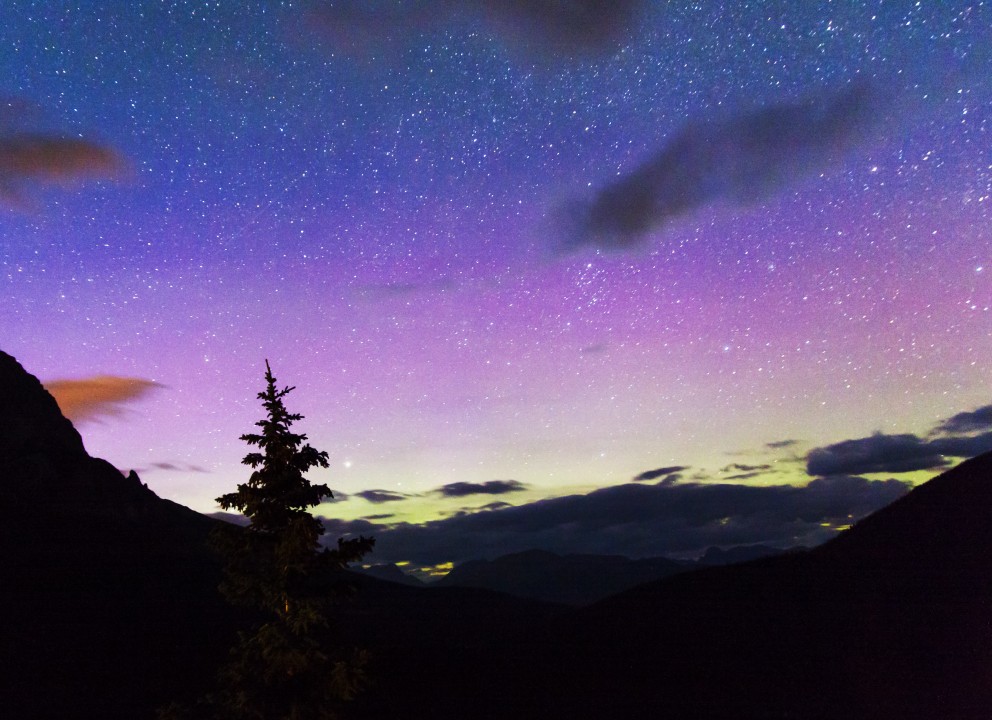