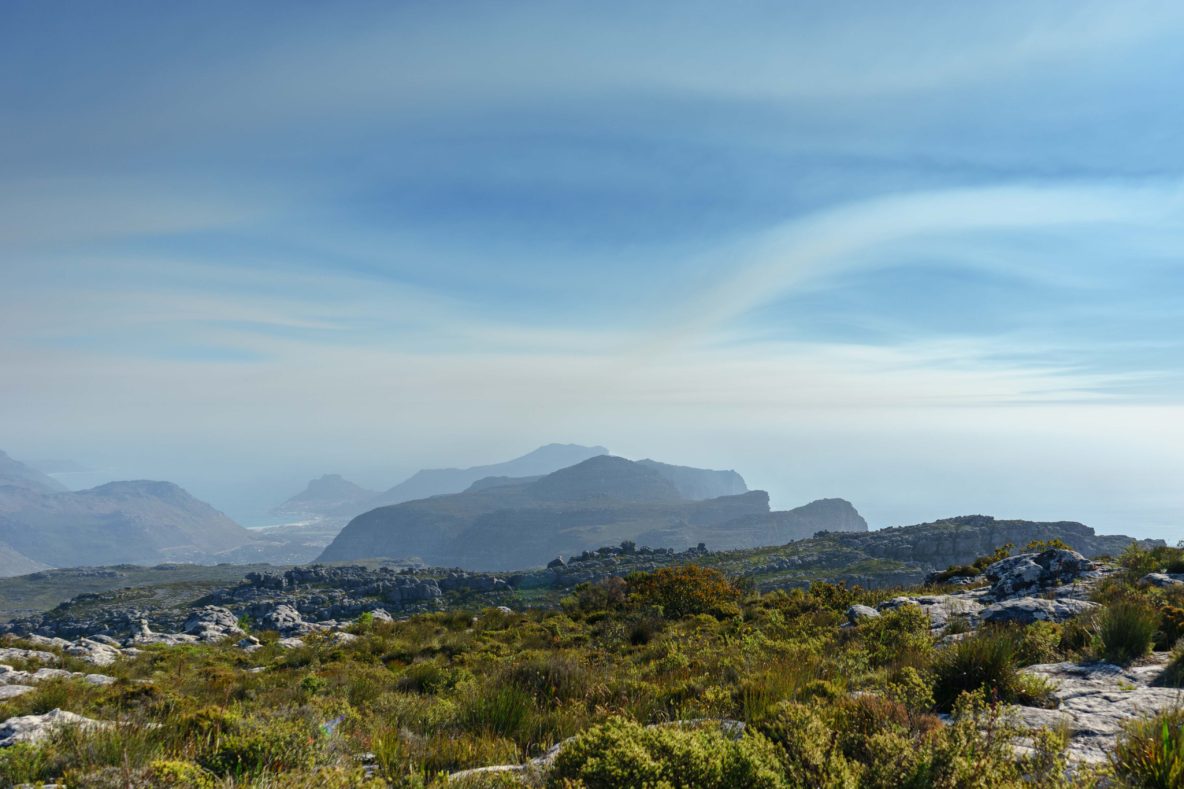 Each and every hike is always rewarded with amazing views from the summit and along the way, Table mountain is no exception. This flat topped mountain has a lot more to offer with astonishing 360° panoramic views. Believe it or not Table Mountain is 6 times older than the Himalayas? 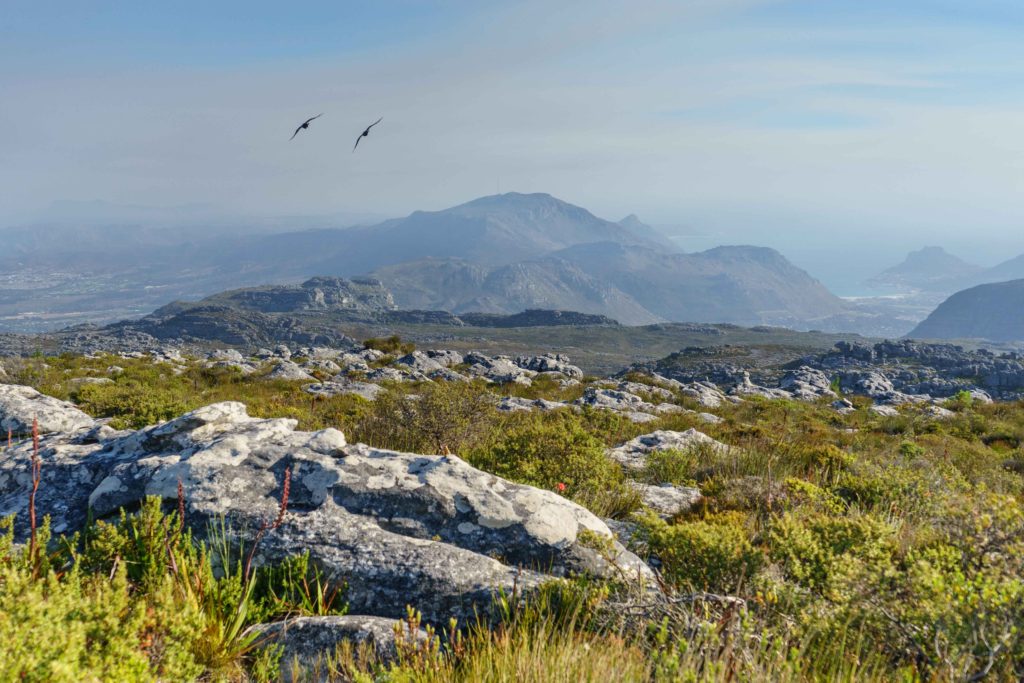 THE LEVEL PLATEAU IS APPROXIMATELY 3KMS. WISH I HAD MORE TIME TO EXPLORE THE WHOLE STRETCH 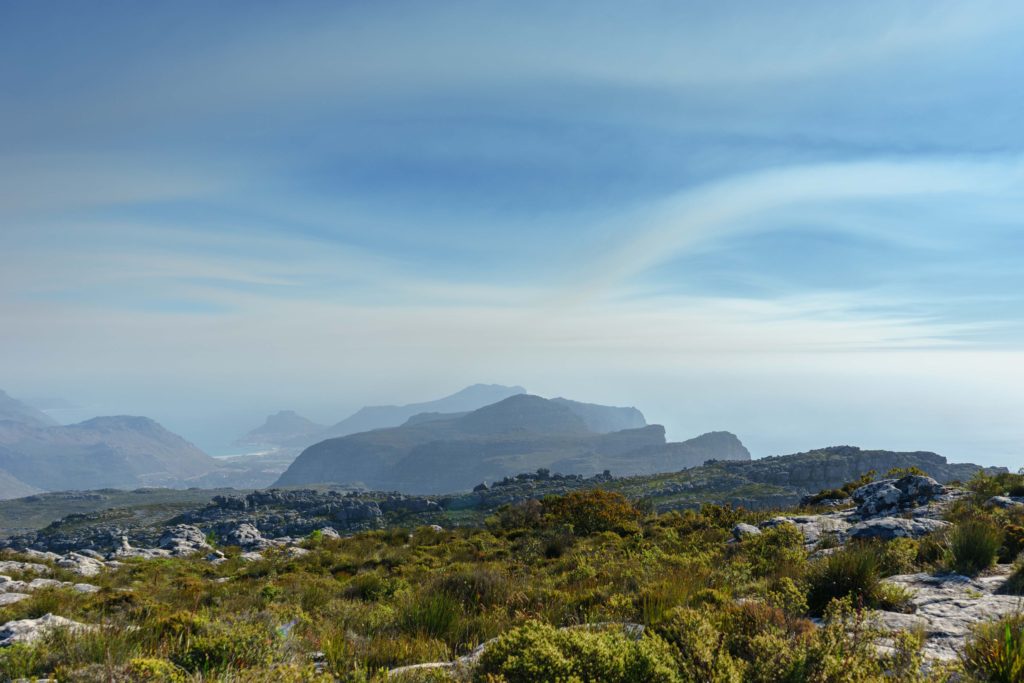 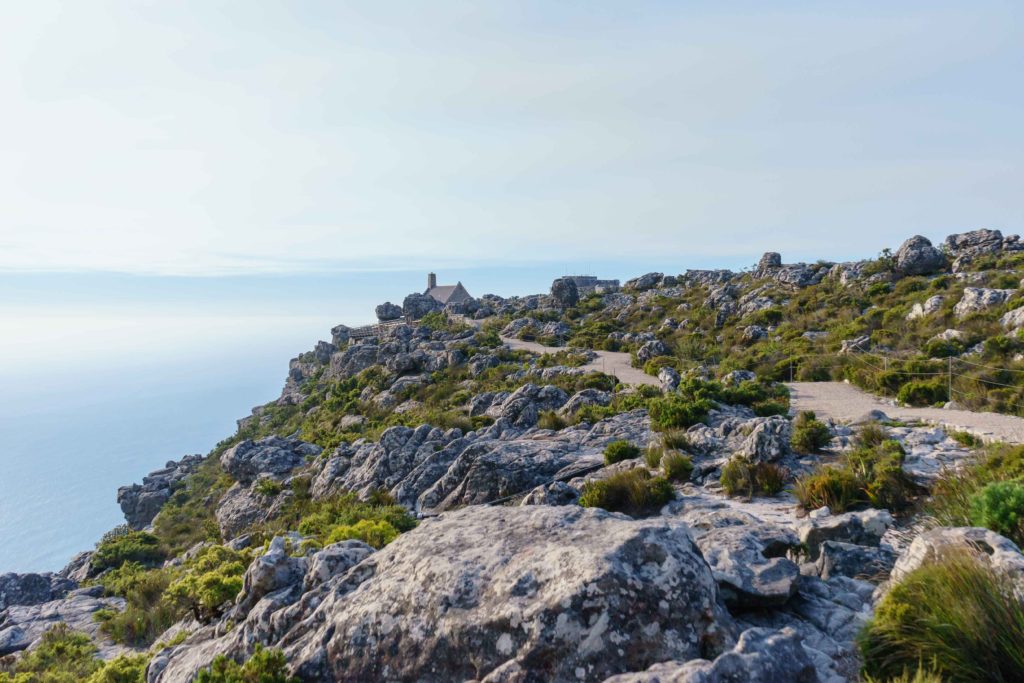 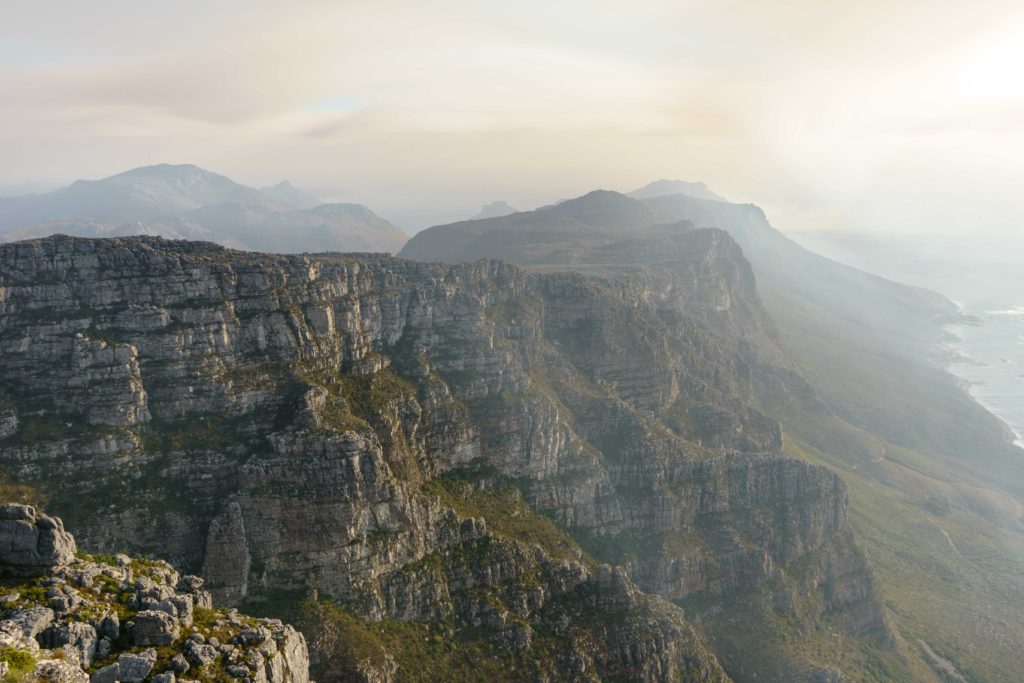 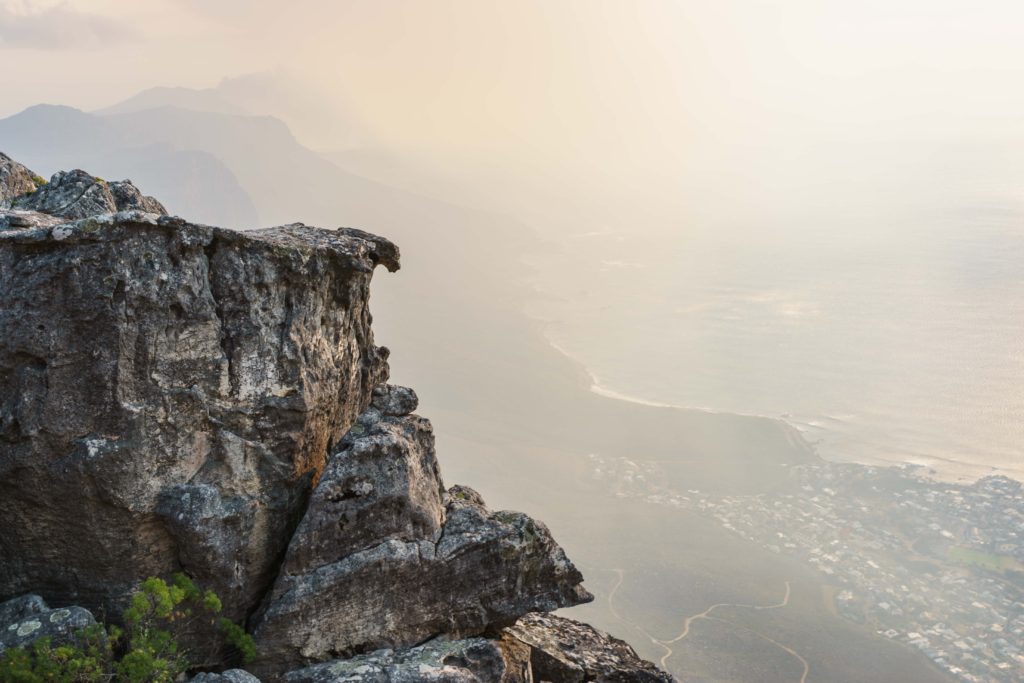 The classic view of orographic clouds surrounding the hills 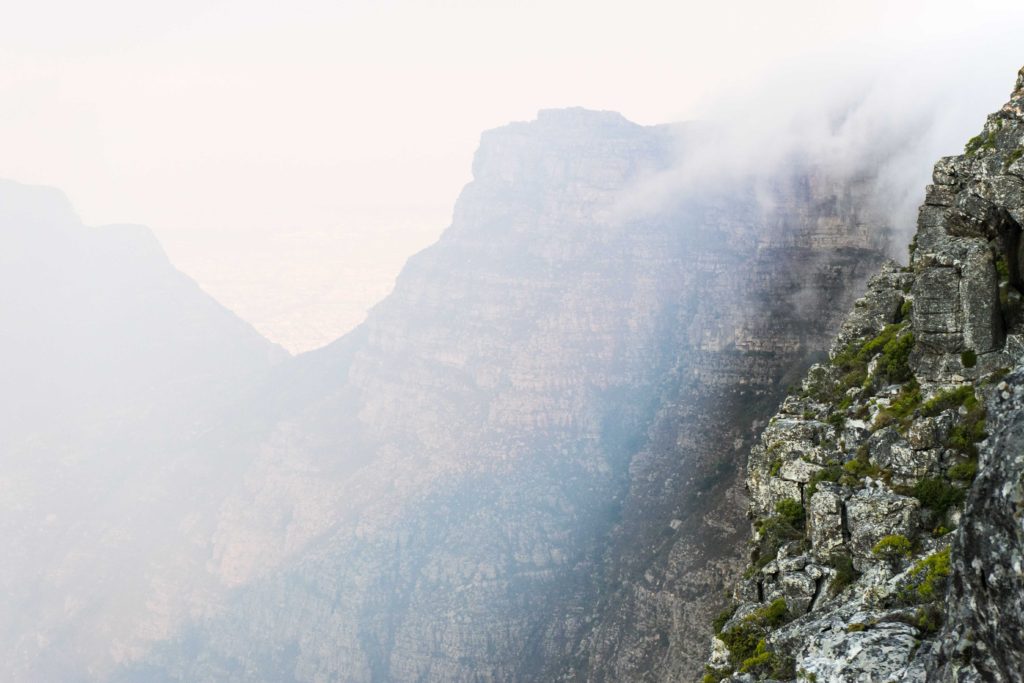 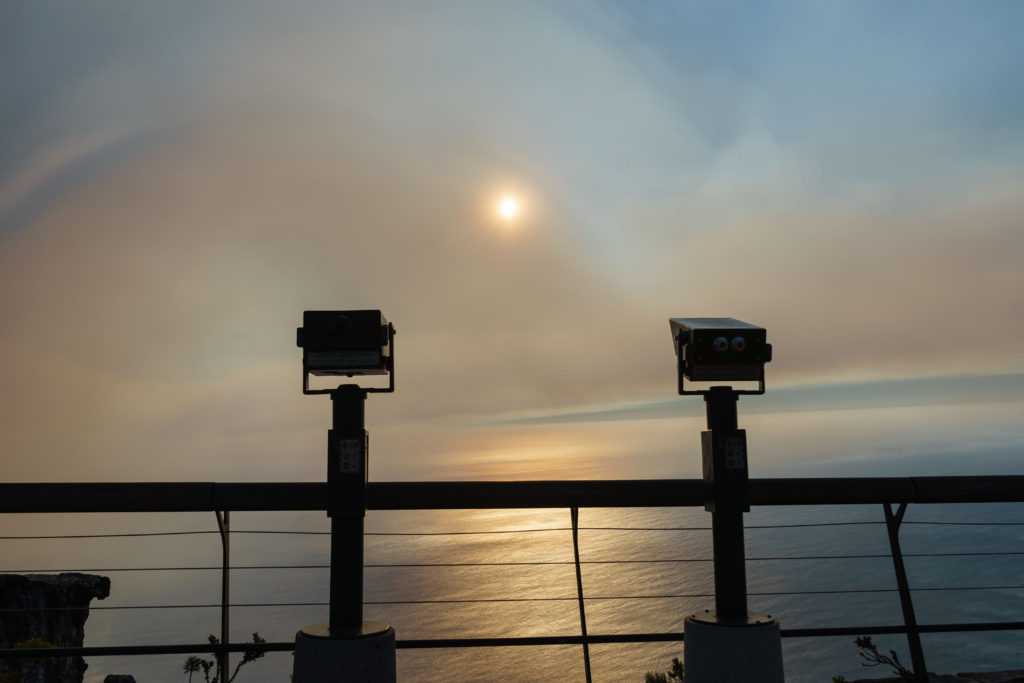 Atlantic ocean from the view point 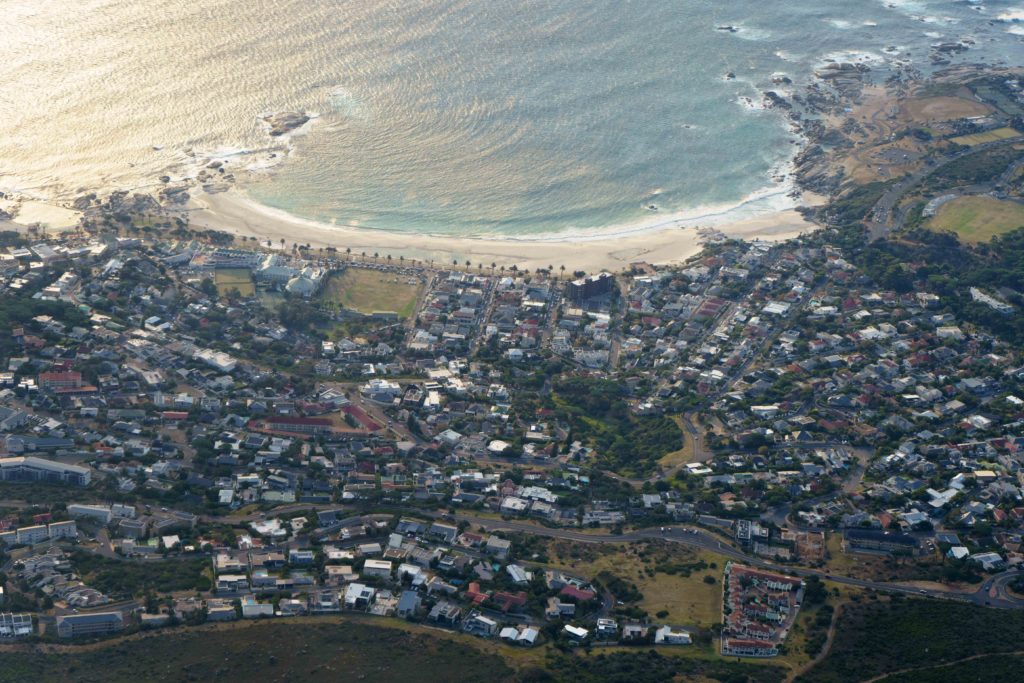 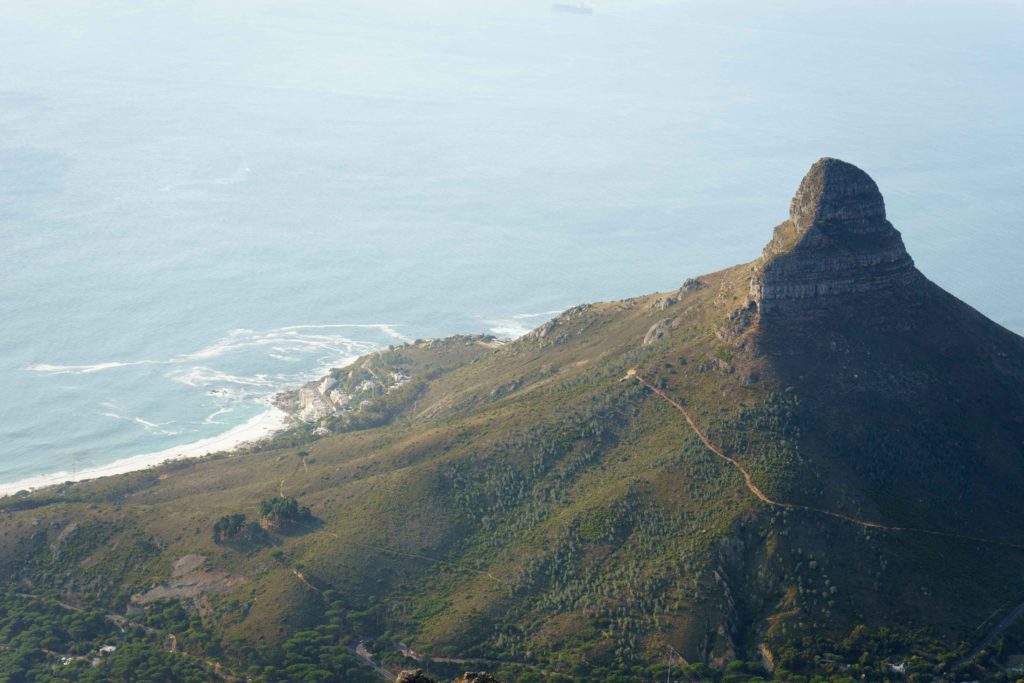 The Lion’s head seen through the completely packed cable car (as it was the last shuttle of the day) The whole descent lasted under 6 mins if I remember correctly ? 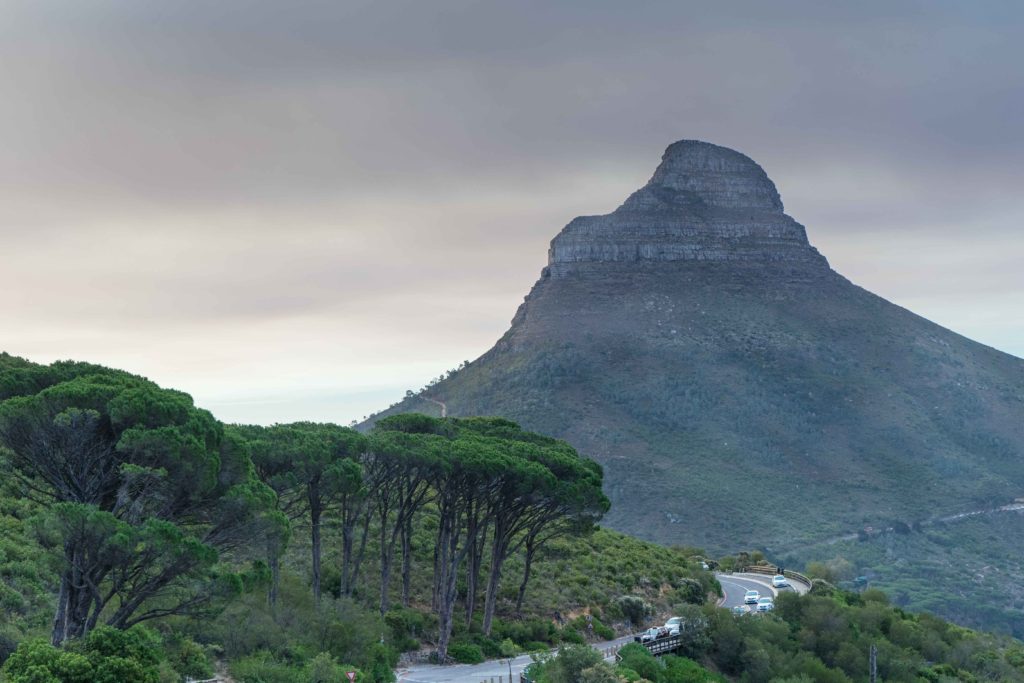 Lion’s head from the base

Here is what Nelson Mandela had to say during a speech on World Environment Day in 1998: “During the many years of incarceration on Robben Island, we often looked across Table Bay at the magnificent silhouette of Table Mountain. To us on Robben Island, Table Mountain was a beacon of hope. It represented the mainland to which we knew we would one day return.”

He added: “To the people of South Africa, the Table Mountain range represents a great deal more than the rocky remains of millennia of sediment. It is of immense ecological, cultural, religious and economic significance not only to the Western Cape region, but also to the rest of the country.”