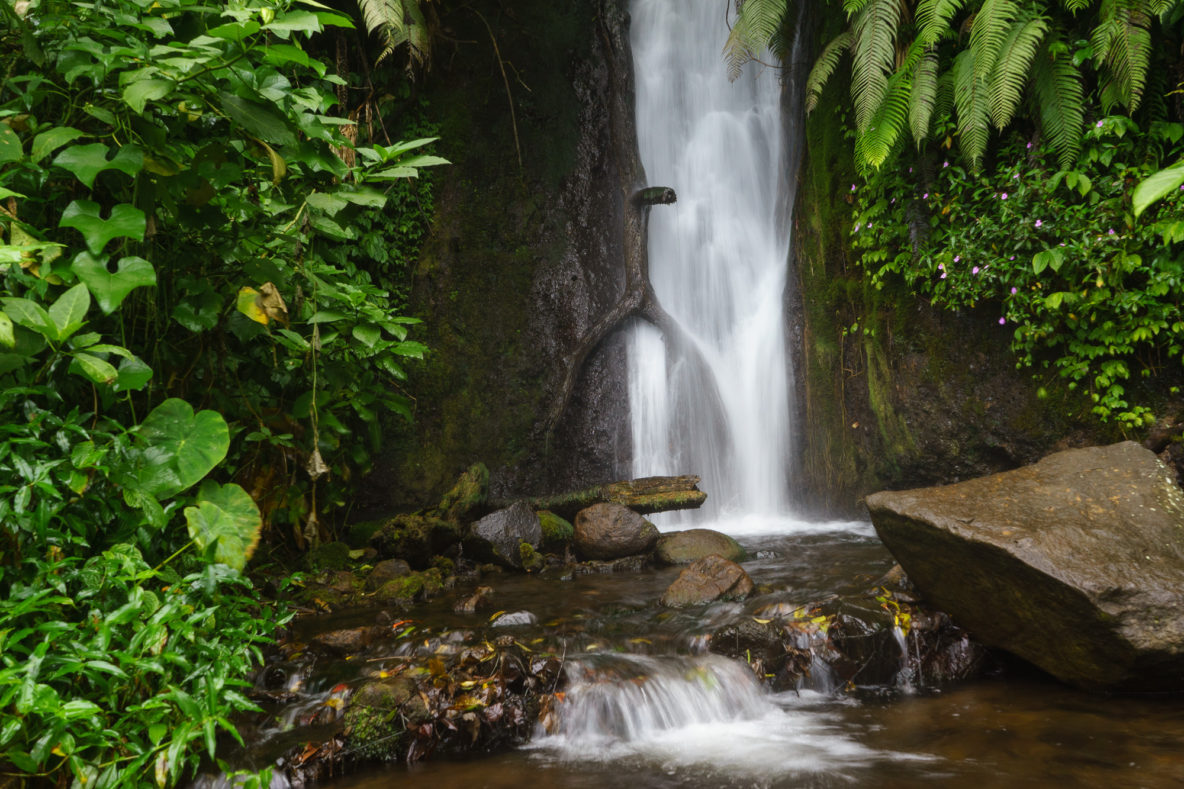 I had about 3 mountains in my list to hike in Indonesia during the 5 days visit. As always, I wanted to get a local opinion and the best possible routes to get there, so I showed the list to the local hotel manager. The moment she saw the list she couldn’t control her laughter and said “you will be really lucky if you can hike one in this short trip”. She also invited two of her employees to join in on the discussion – basically as it was Eid/public holiday period everything literally had come to a stand still.

After listening to the local expert’s advice at the hotel, I decided to hike Mt. Gede. The distance was only about 90 Kms from Jakarta to Cibodas. As it was Eid holidays I was warned not to hire any car/take public transport due to the infamous traffic jams. Herman the Japanese chef from the hotel and a good friend of mine volunteered to take me in a bike (the best thing I could have ever hoped for). 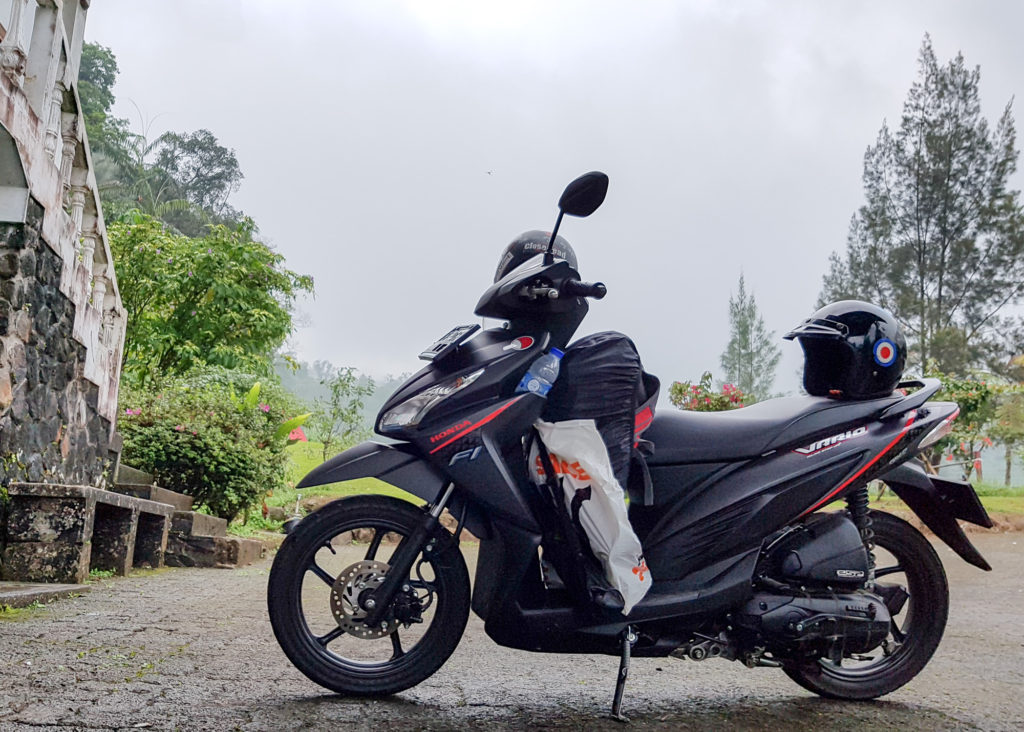 The plan was to leave Jakarta at 9 am after a hearty Japanese breakfast,reach Cibodas by 2 pm ( pics ). Start hike by 3 pm and camp over night half way along the hike.

Sounded perfect and every thing went as per the plan  for the first 1 hr of the journey . I was expecting traffic but not to this magnitude that even the two wheeler couldn’t move. Apparently this is normal traffic in these roads during the holiday season. The road was scenic enough for me to ignore the traffic and enjoy. 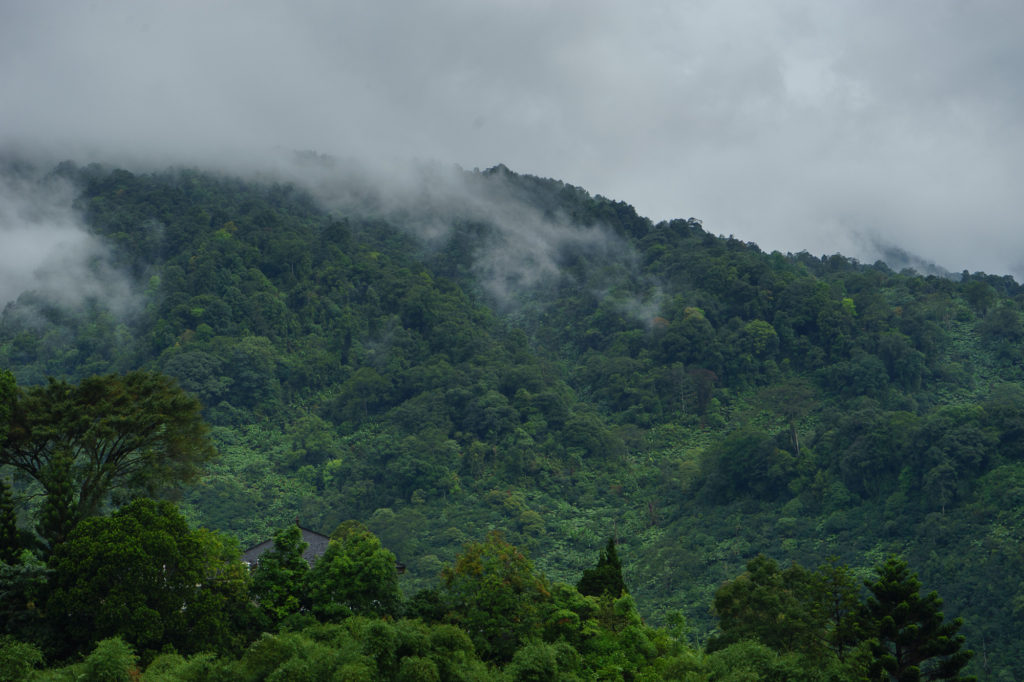 While I was brooding over the traffic delaying our trip, mother nature decided to throw in some twist. It started pouring down within minutes of reaching Puncak which gave us a reason to take a break for some good ol’ Indonesian refreshments. We stopped next to a road side tea shop and ordered some ginger tea and Indomie. 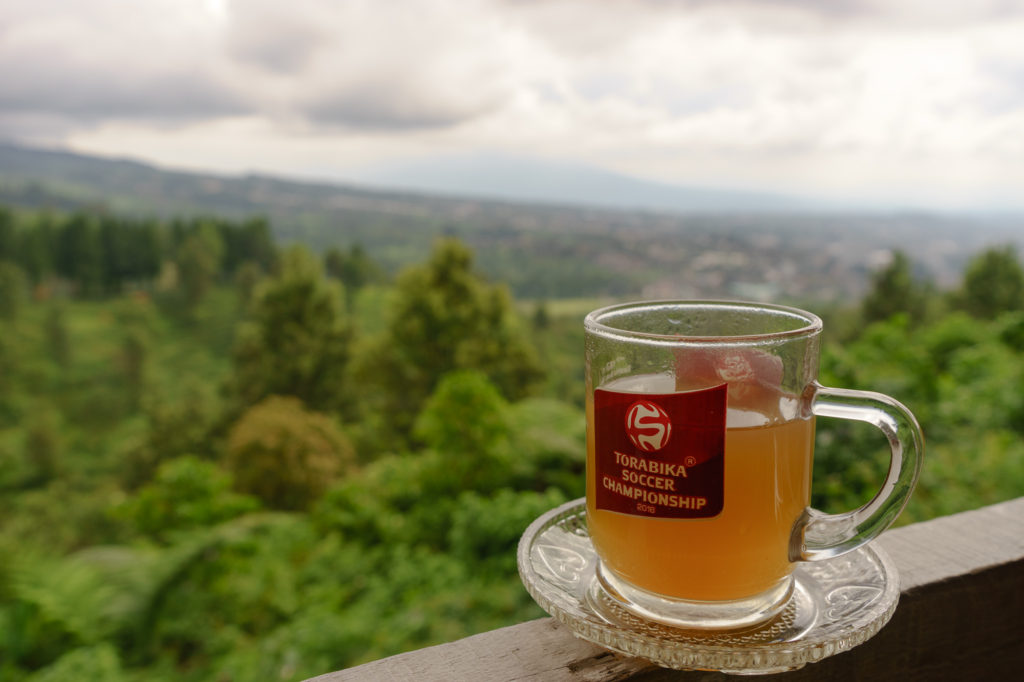 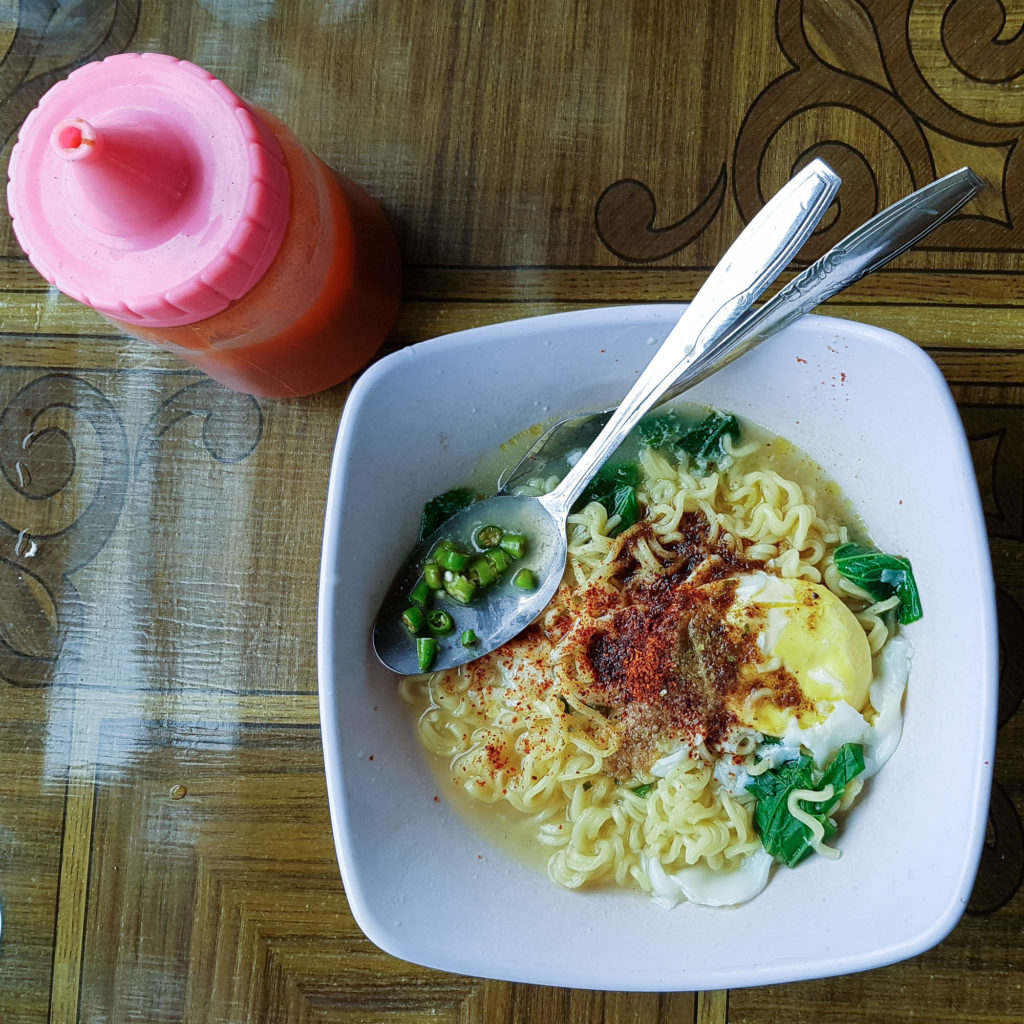 We continued on road and by the time we reached Cibodas it was around 5 pm, and as expected I was told I can’t start the hike. 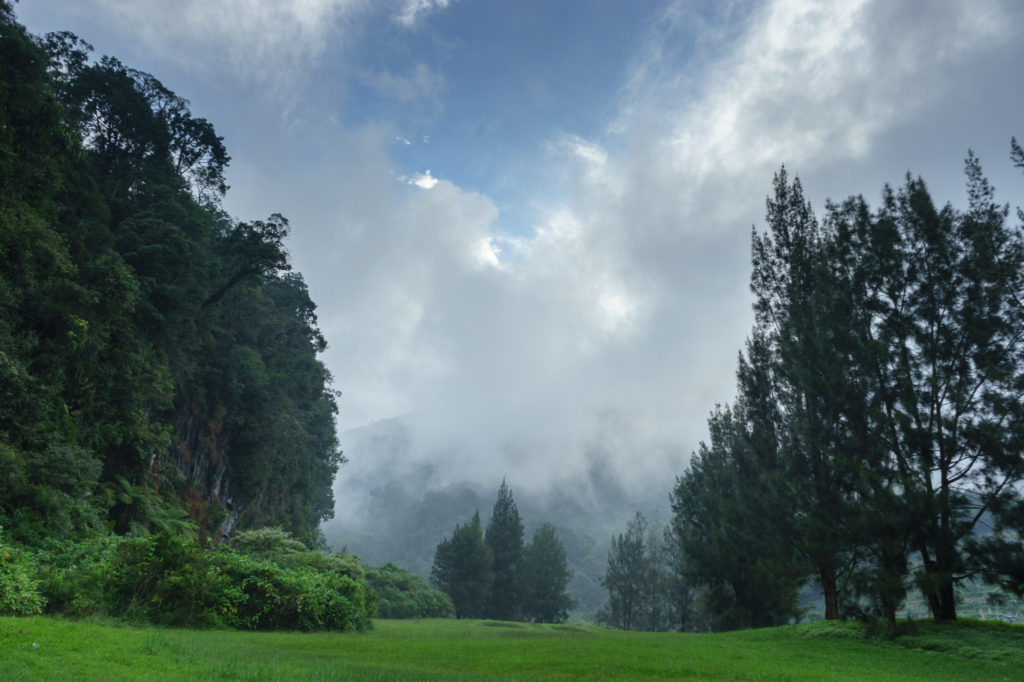 So I came up with a Plan B which is to camp over-night at a camping ground located at the base. Hired a tent and finalized the location right under a pine tree for camping. 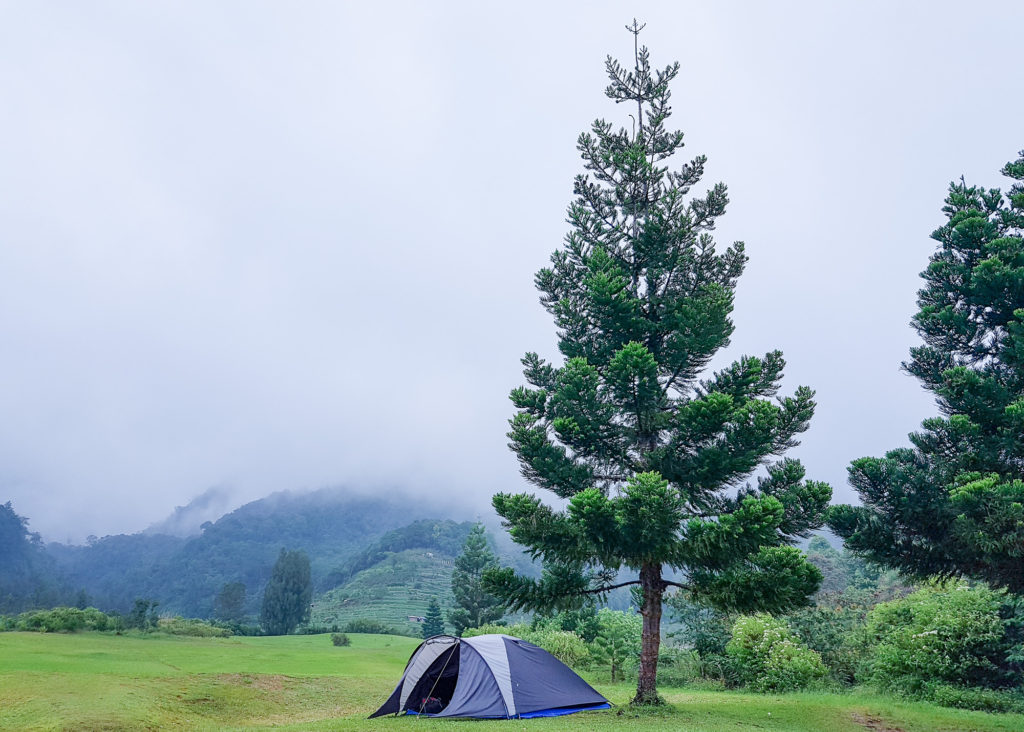 I was the only person to camp that night (remember public holiday?). The ground in-charge was really helpful and friendly like all the other Indonesians I met. He gave me some good tips on what to expect through the night. He also introduced me to my hike guide who will be accompanying me through out the hike next day. After assisting him in fixing the tent he took me to a place which was a 7 minutes walk from the tent. A waterfall!!! (a nameless one since it was small compared to others). My jaw dropped. It was  paradise out of no where. 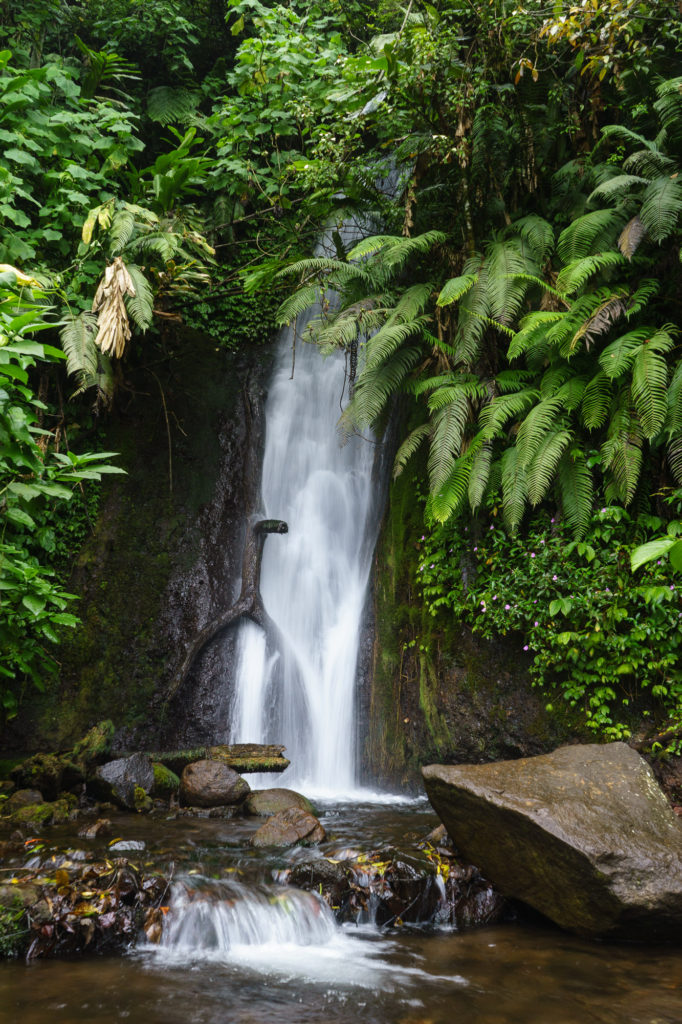 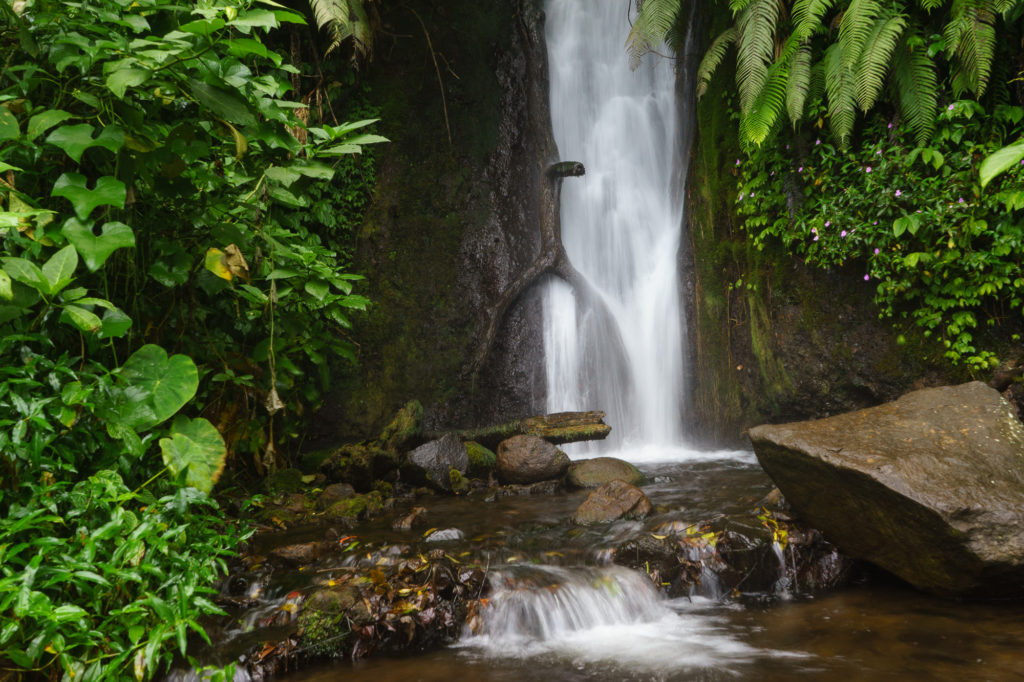 I should admit it was an amazing experience. The water-super cold and sweet. By then it was almost dark and the ground- incharge came back with  logs for the campfire to fight the cold night to come. 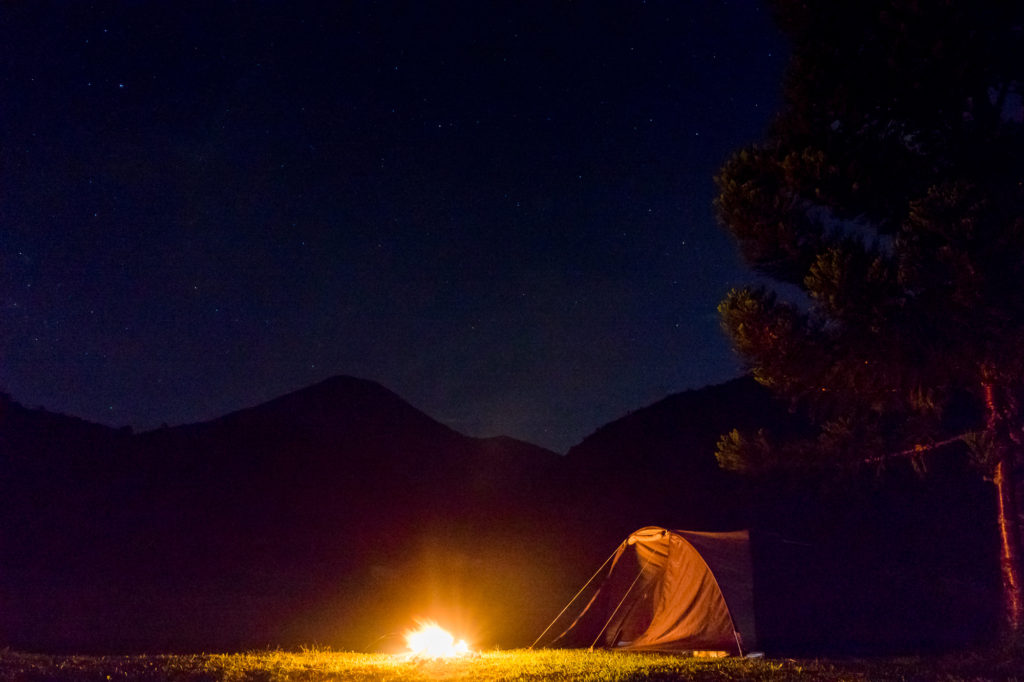 Special night in a million ways 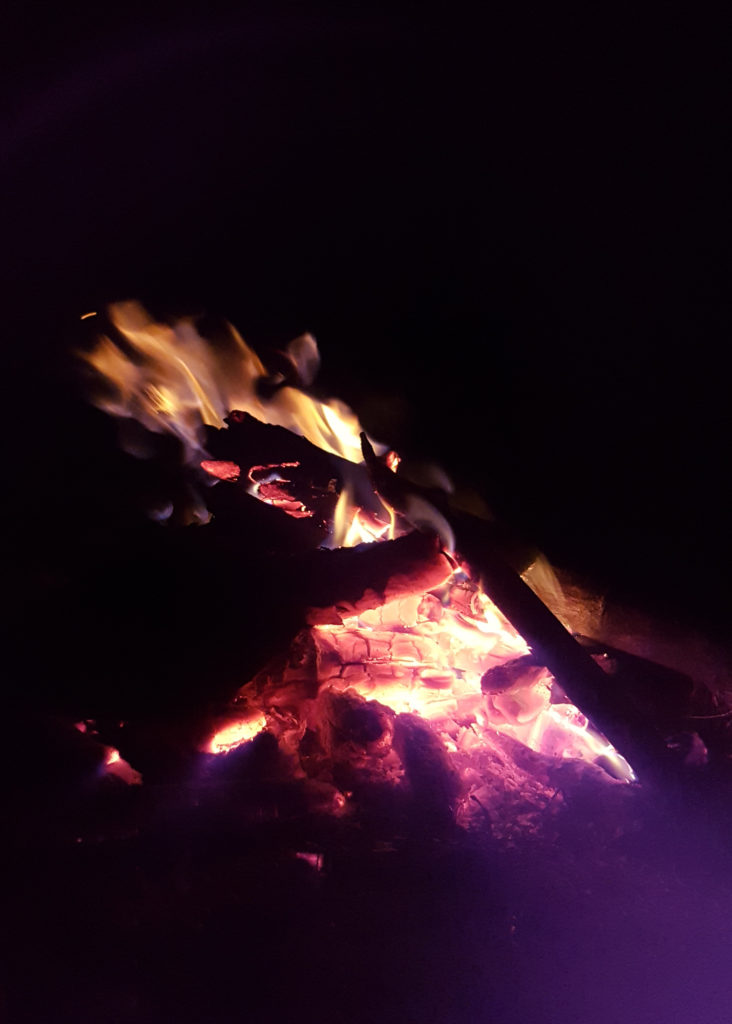 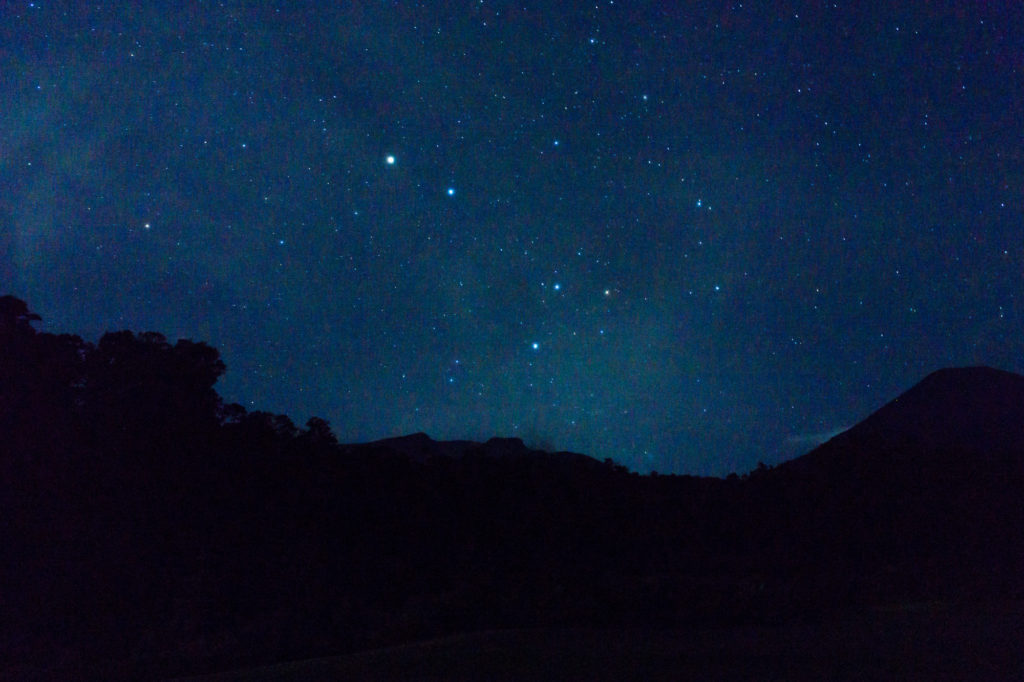 Trust me, I wanted to do a milky- way shoot…. don’t know when I dozed off

I wonder how often I would get to sleep in such a tranquil environment, a night to cherish for sure!