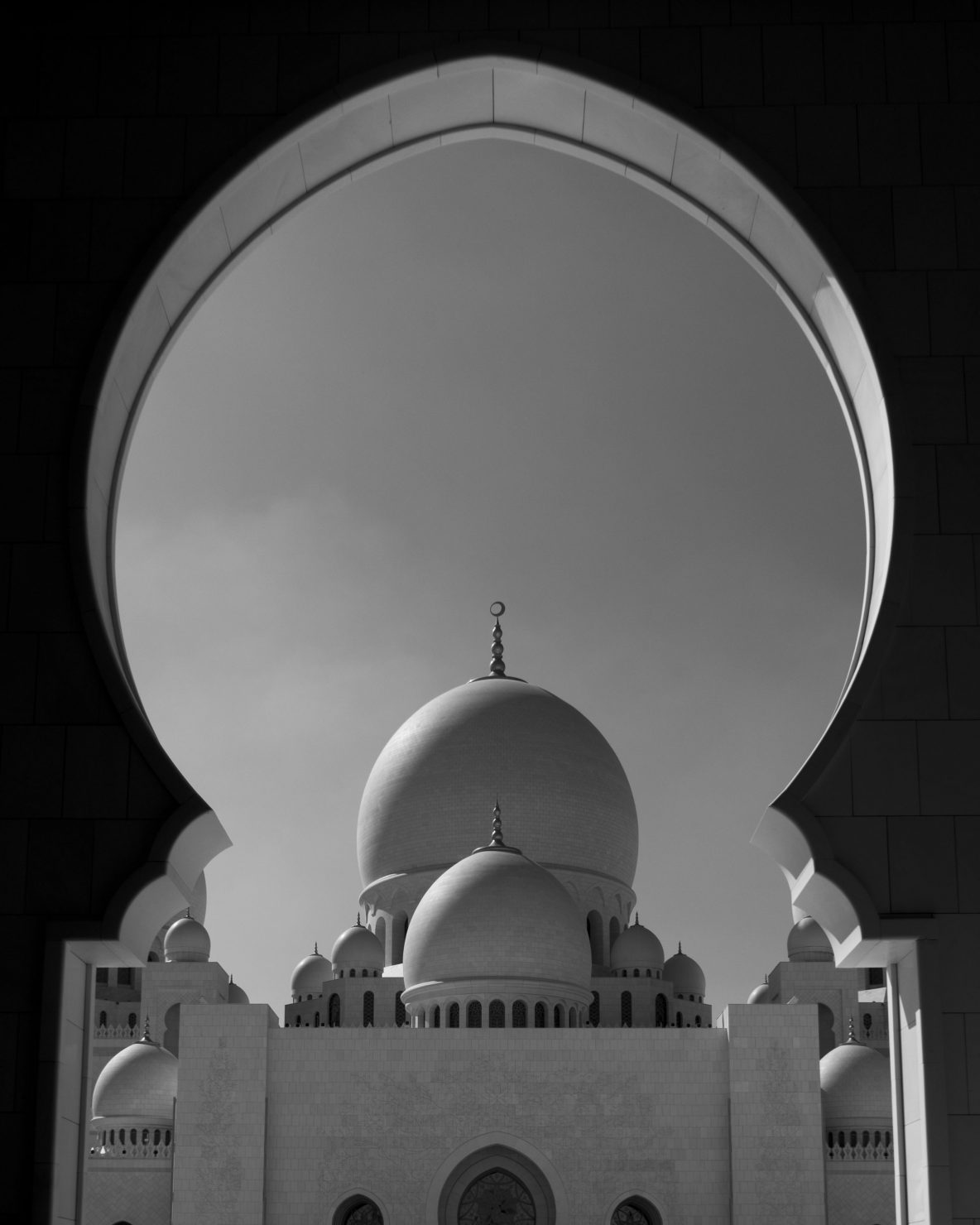 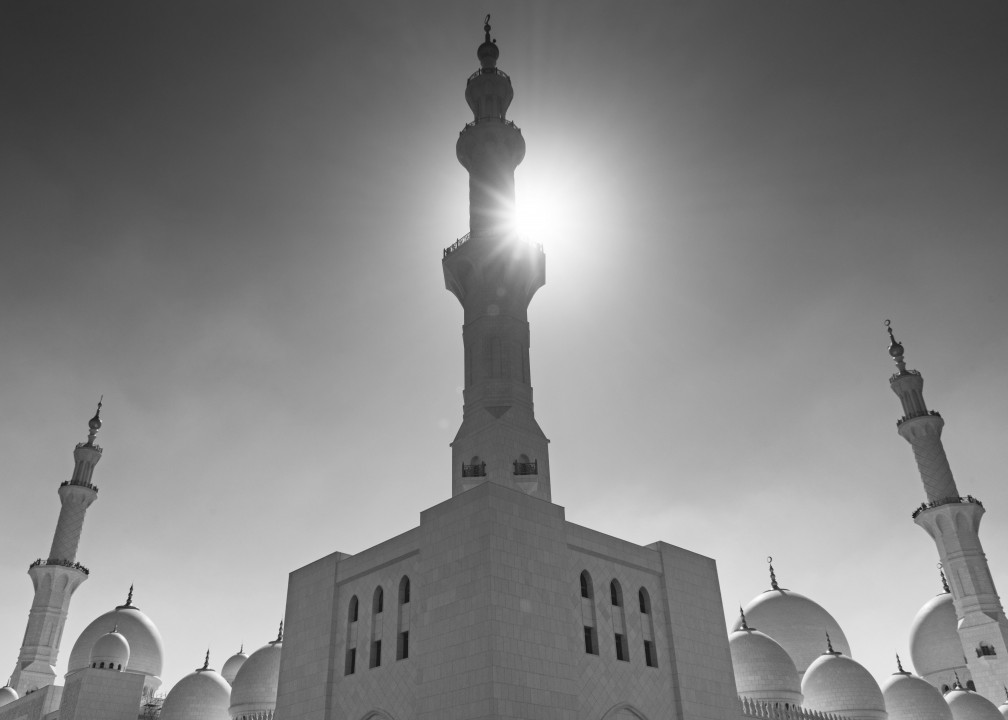 Without a shadow of doubt I could easily say that this mosque is one of THE best architectural marvels I have ever witnessed. 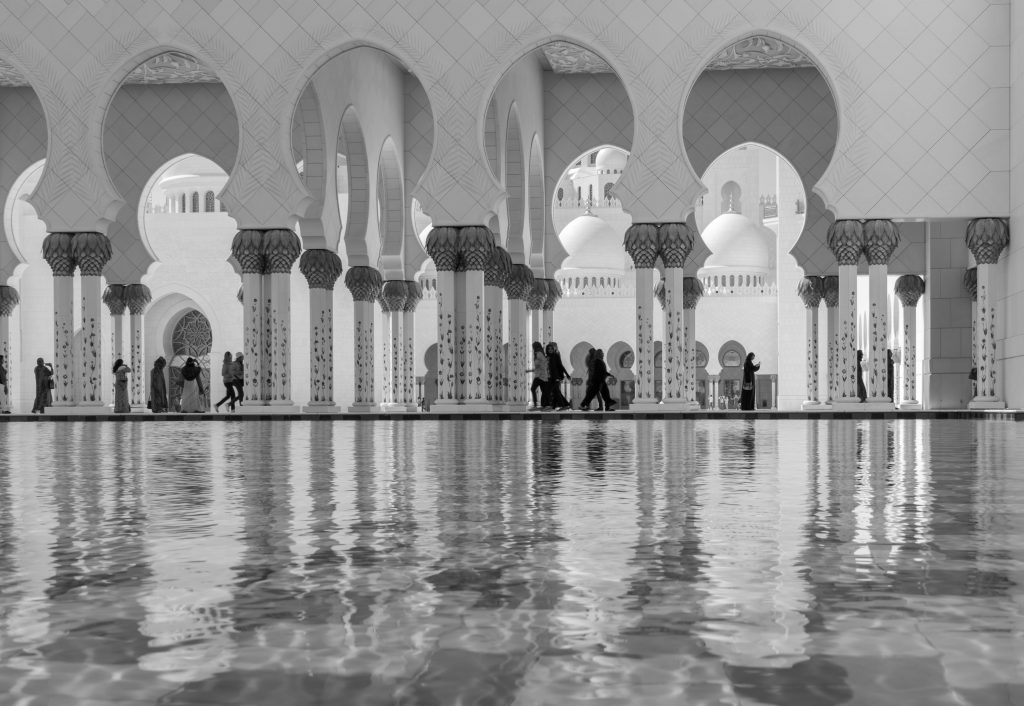 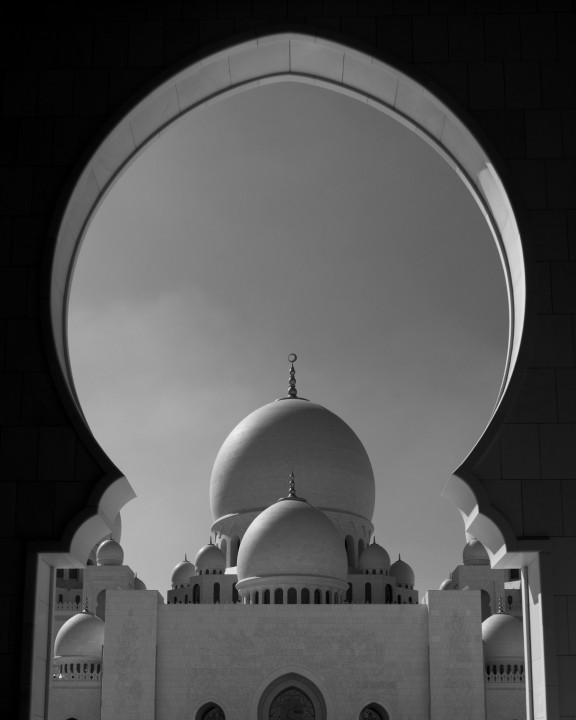 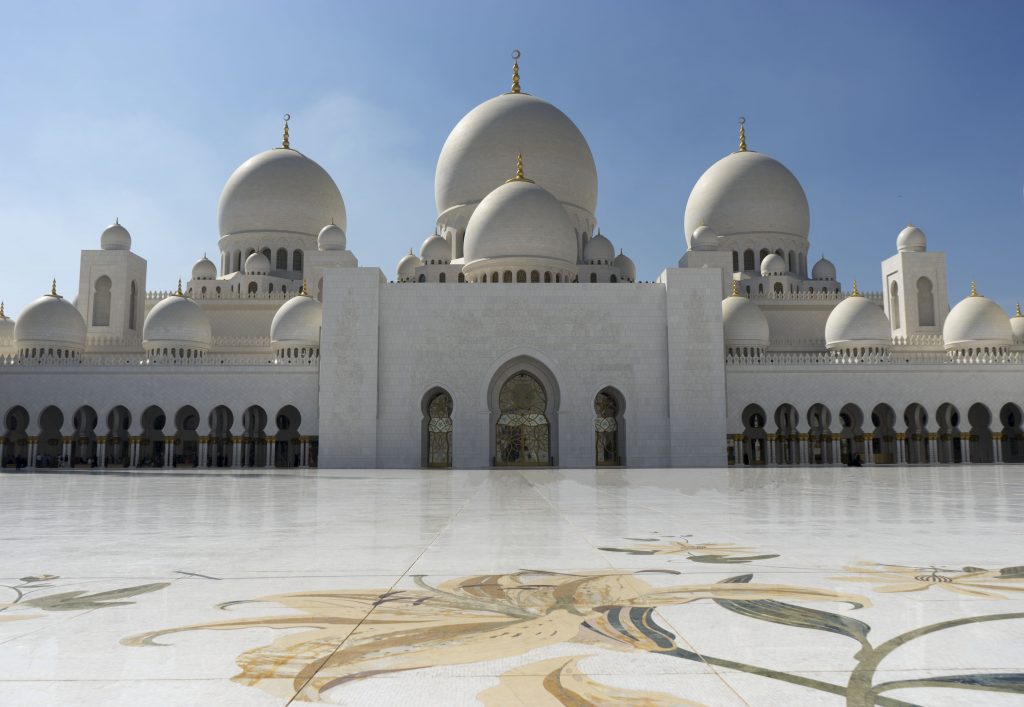 The mosque is large enough to accommodate over 40,000 worshipers 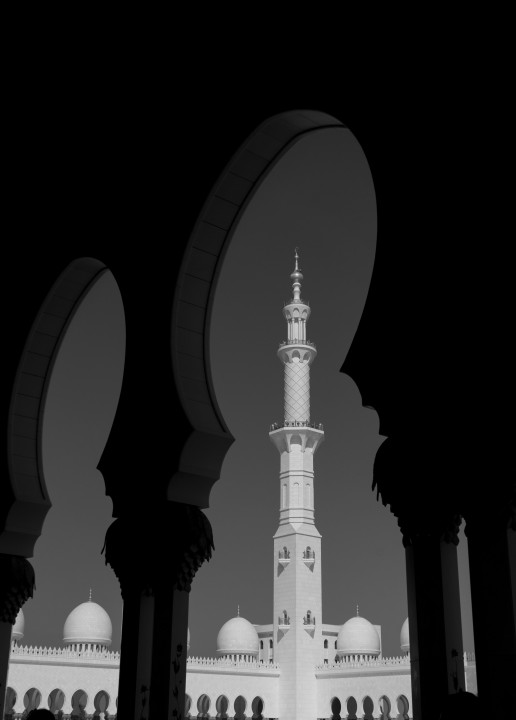 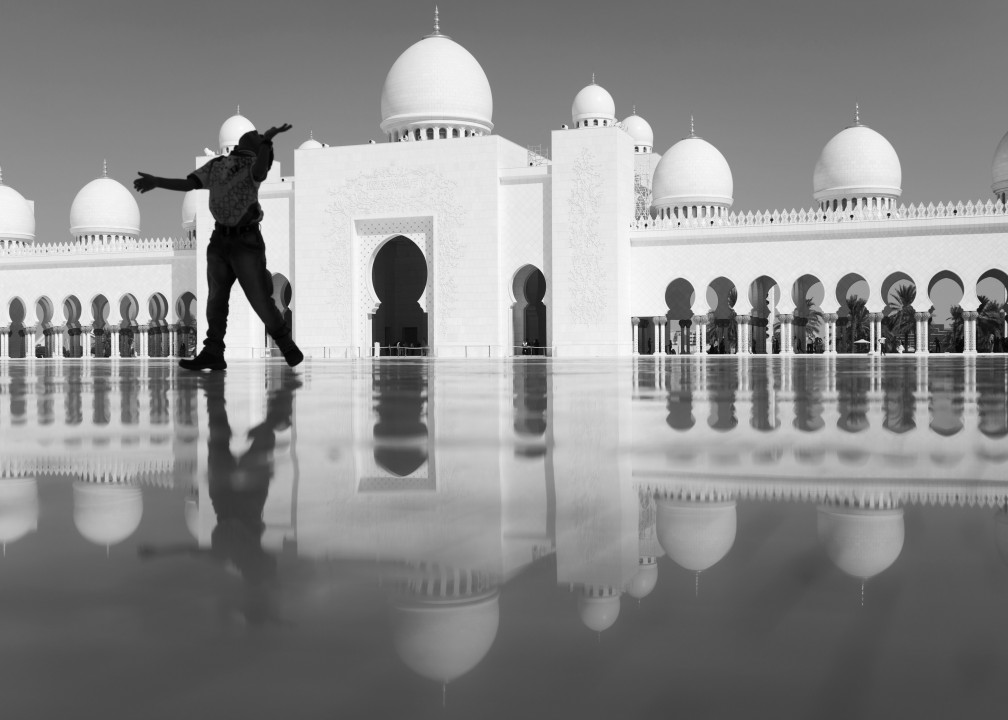 This kid came running in to the frame from no where, and I am glad that he did 🙂 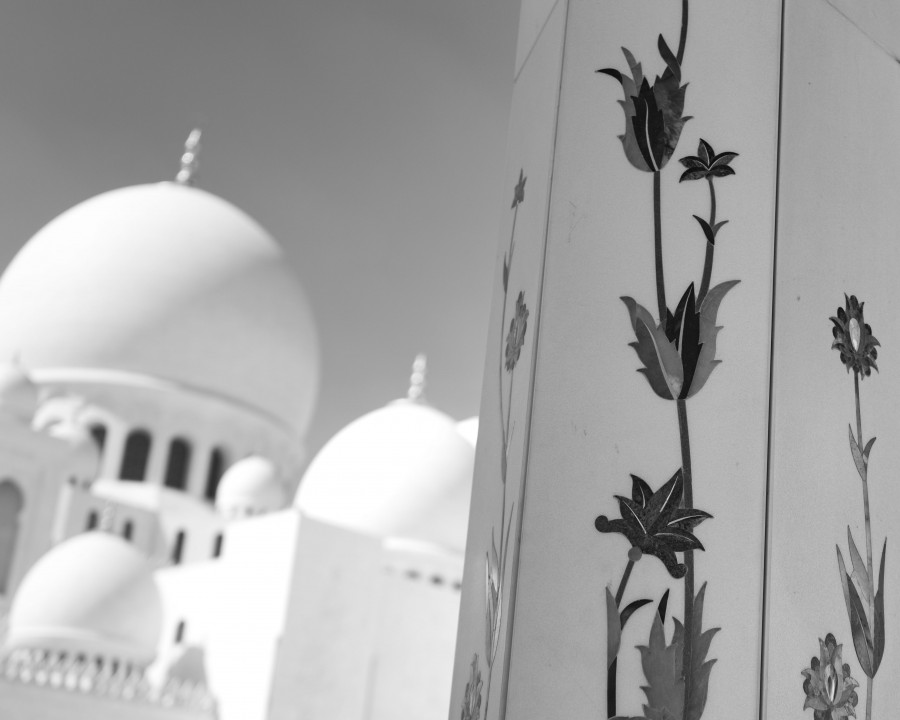 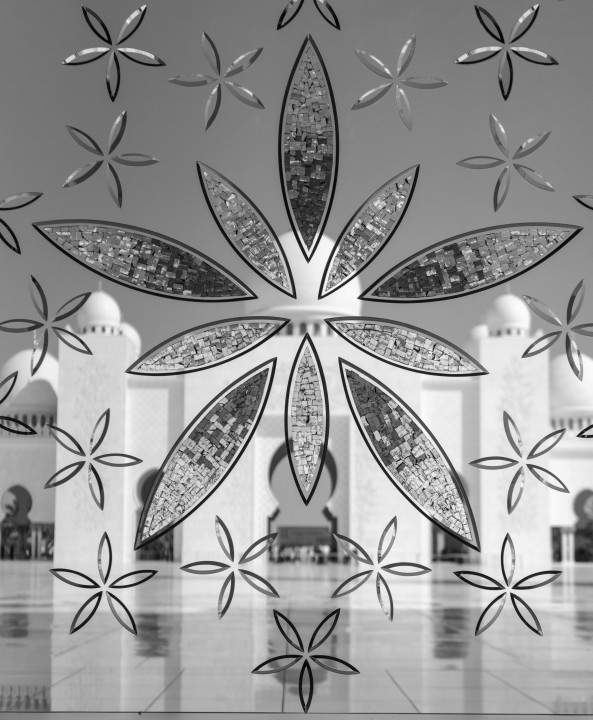 The view of the dome through the main door 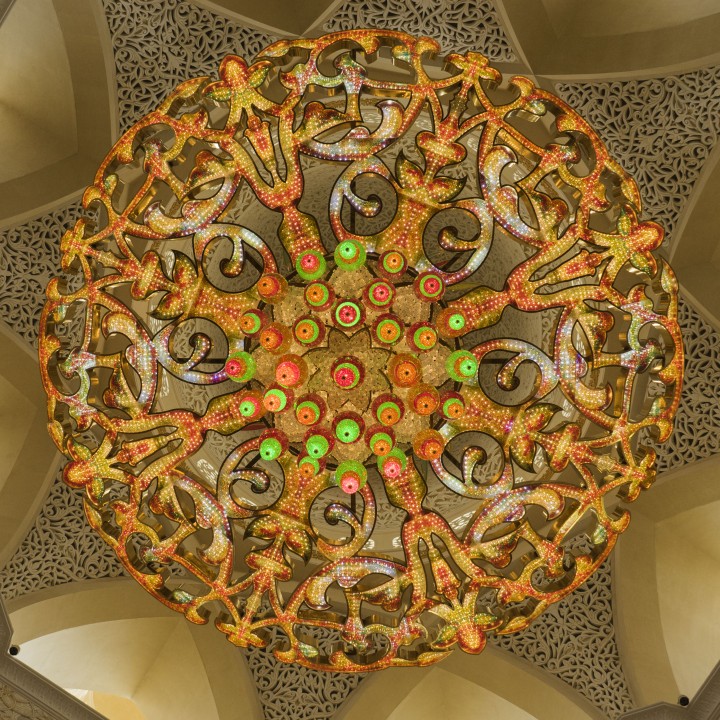 One of the seven imported chandeliers from the company Faustig in Munich Germany that incorporate millions of Swarovski crystals. 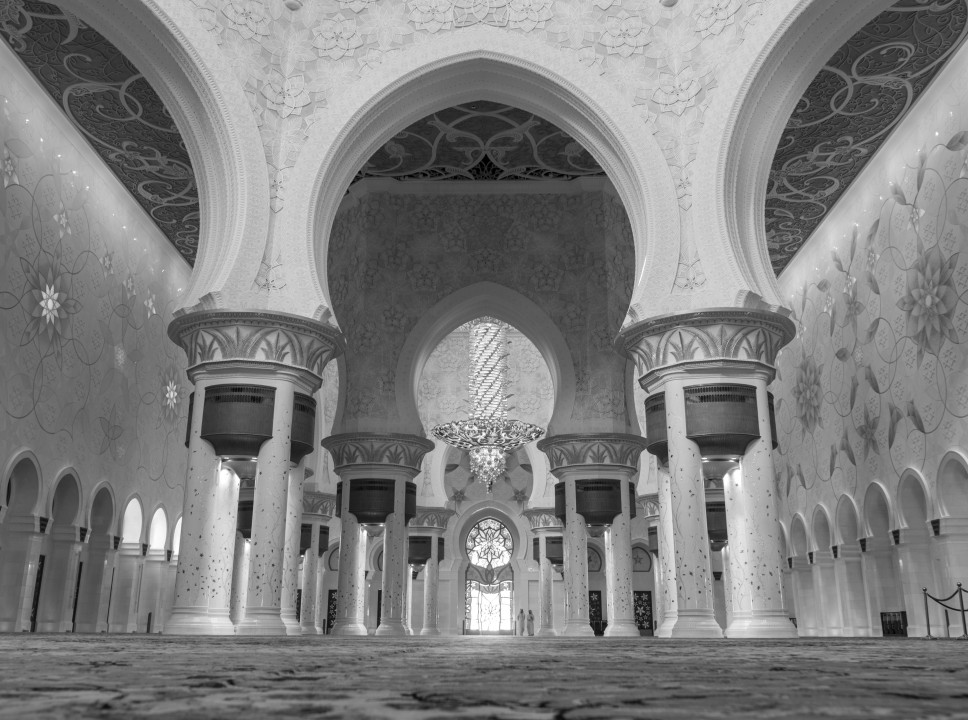 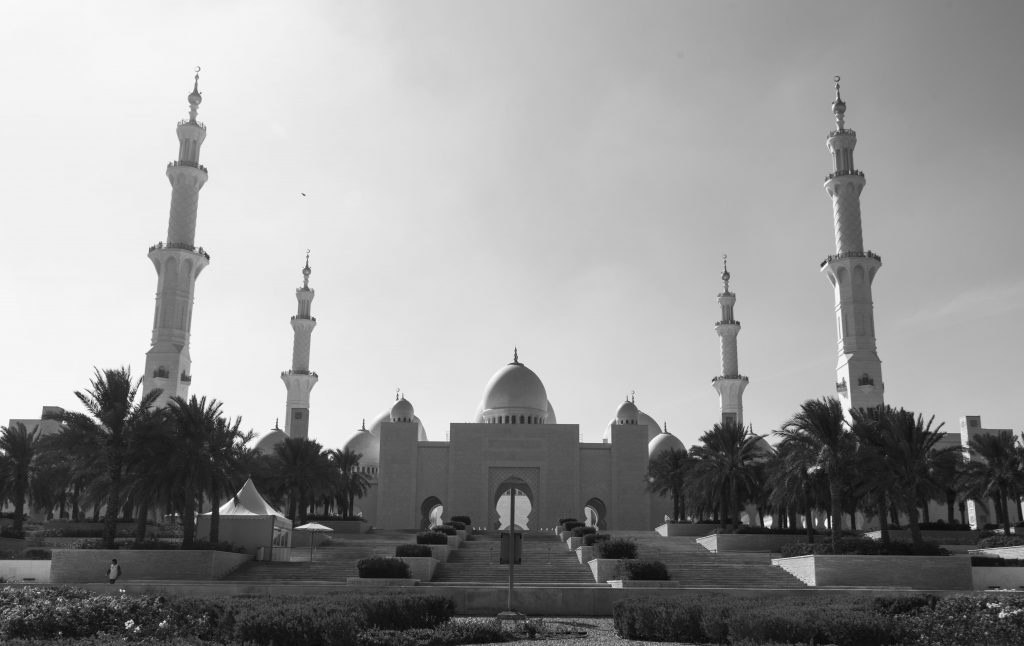 There are four minarets on the four corners of the courtyard which rise about 107 m (351 ft) in height. The courtyard, with its floral design, measures about 17,000 m2 (180,000 sq ft), and is considered to be the largest example of marble mosaic in the world. 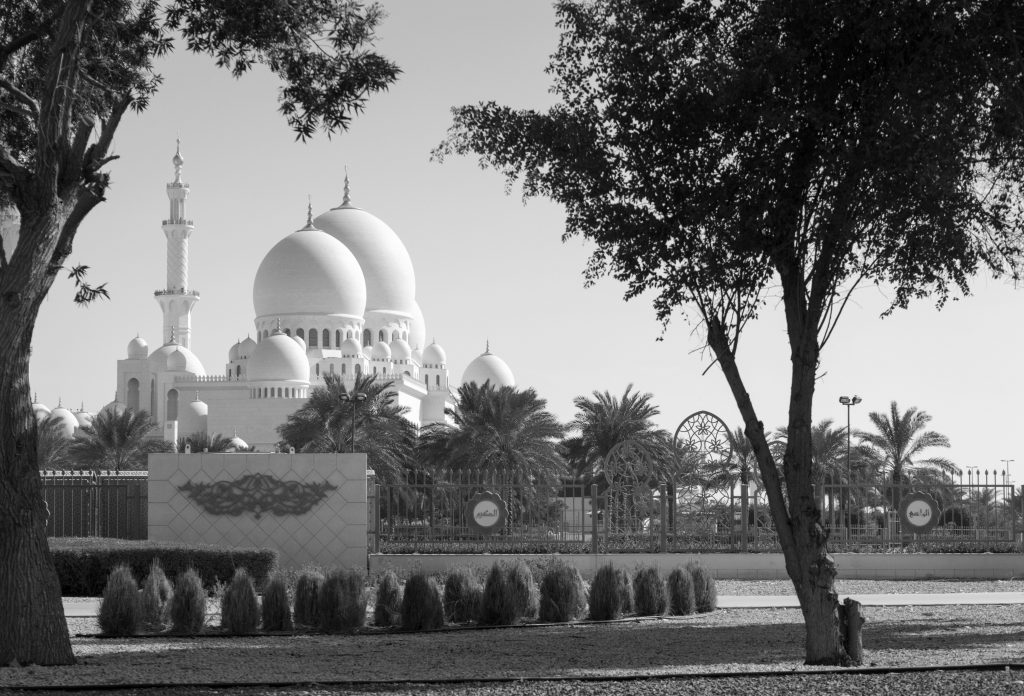