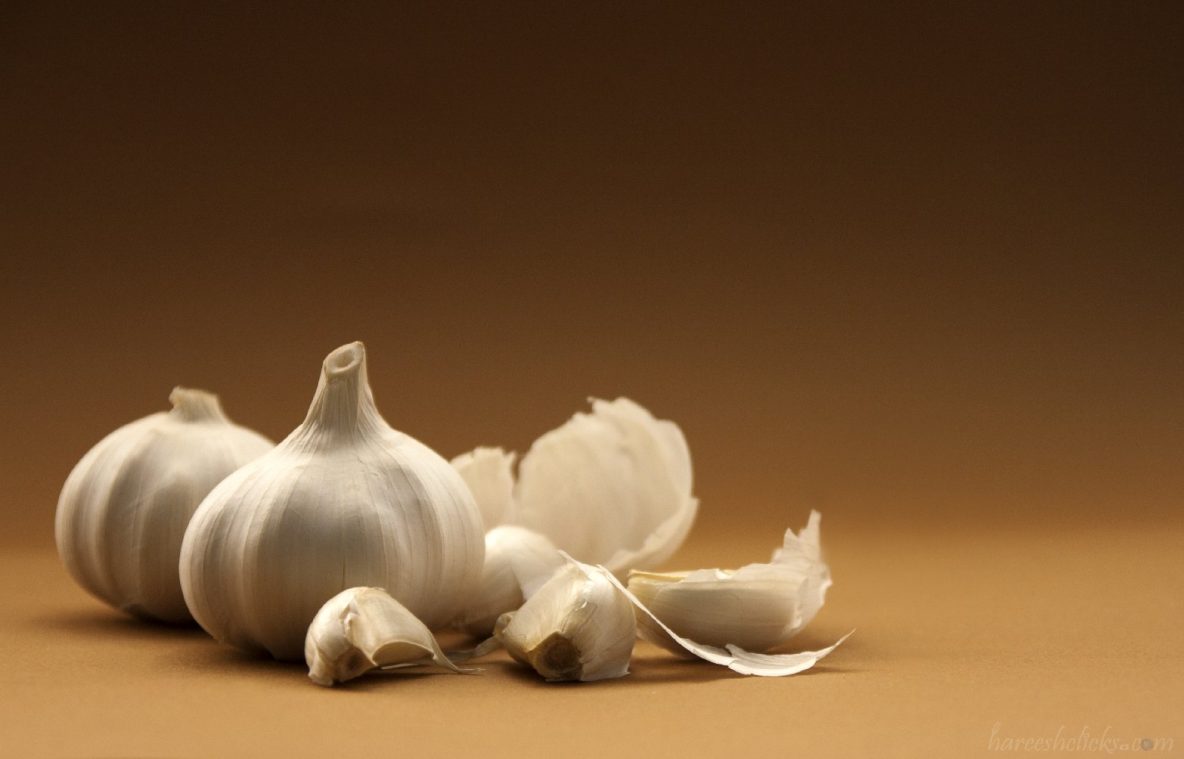 This week I chose garlic and here is how I did it.. 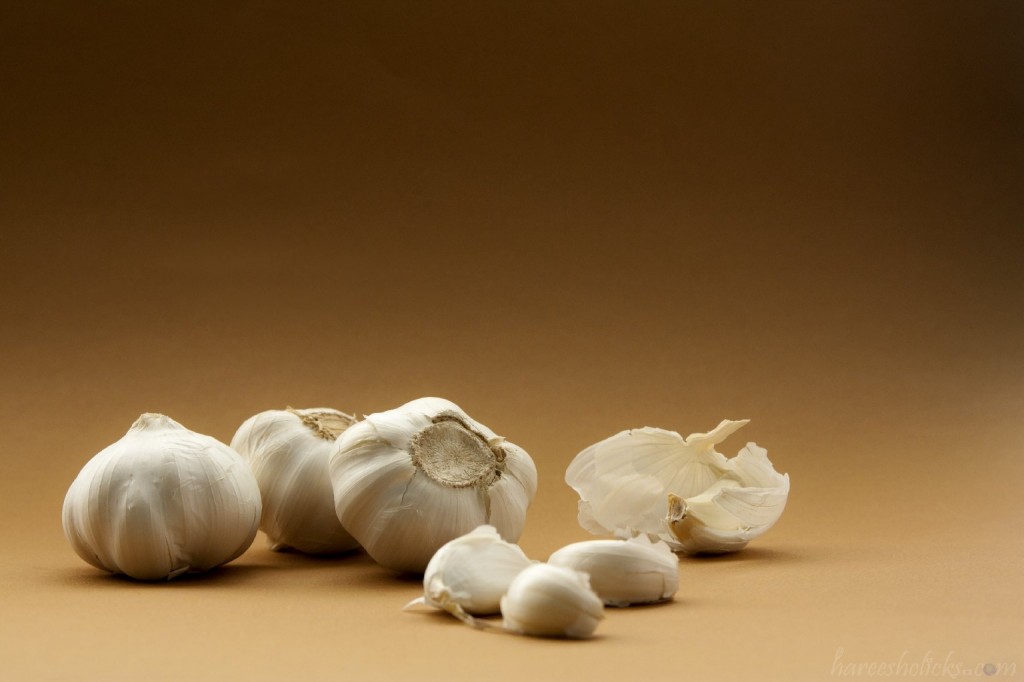 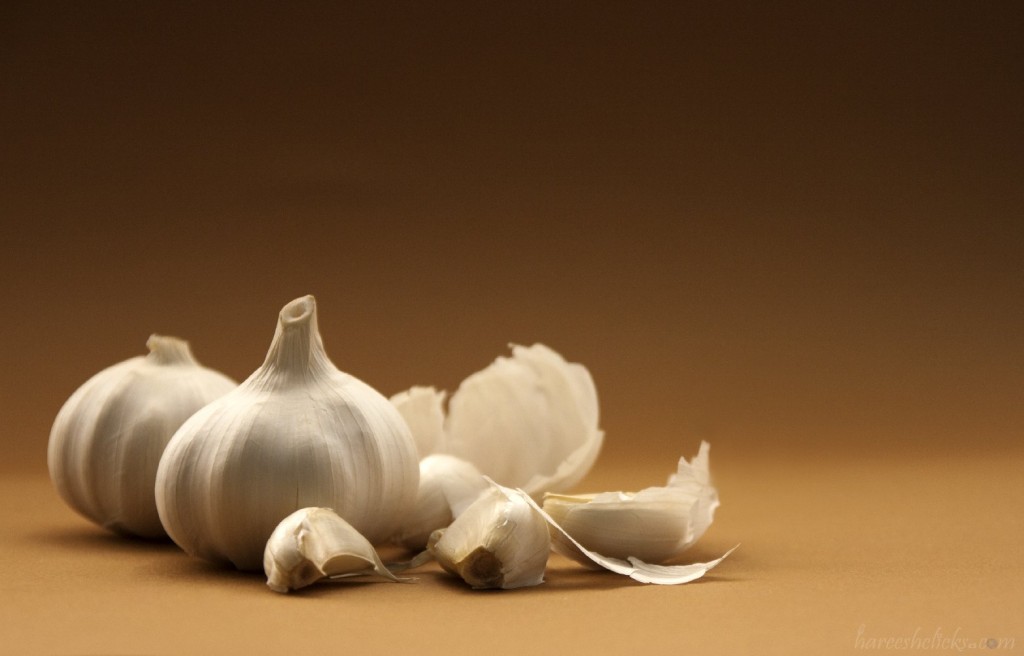 In these shots the backdrop was placed right next to the window where the sunlight was diffused by white cloth which was coming from the back of the subject and the white board was placed behind the camera as a reflector.  I tried two different arrangements with camera aligned in the same level of the subject, I think this angle beautifully defines the shape 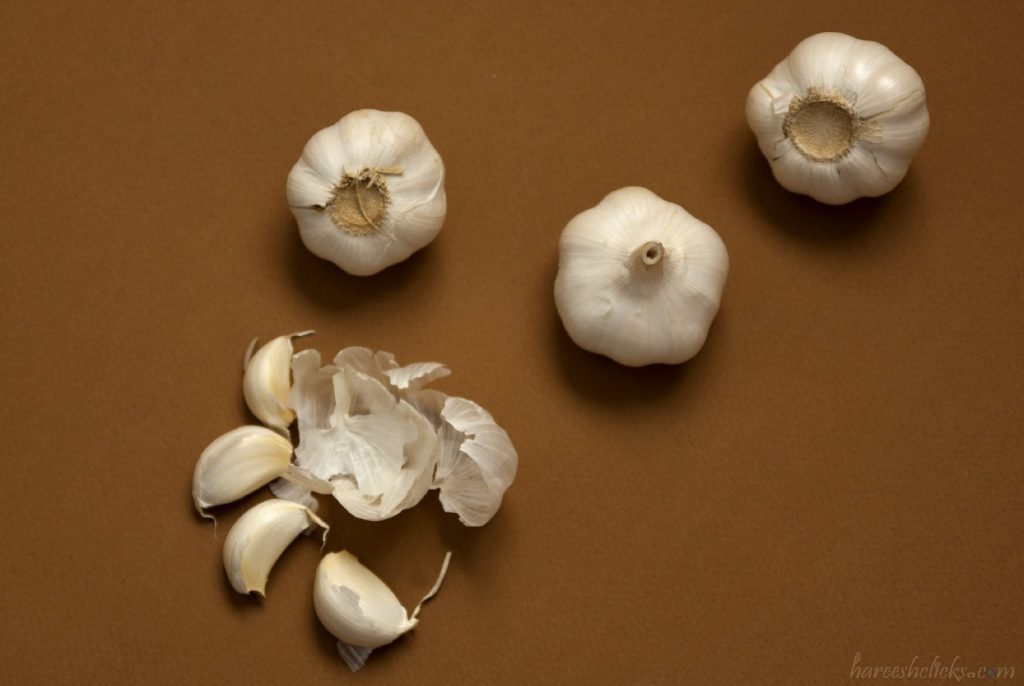 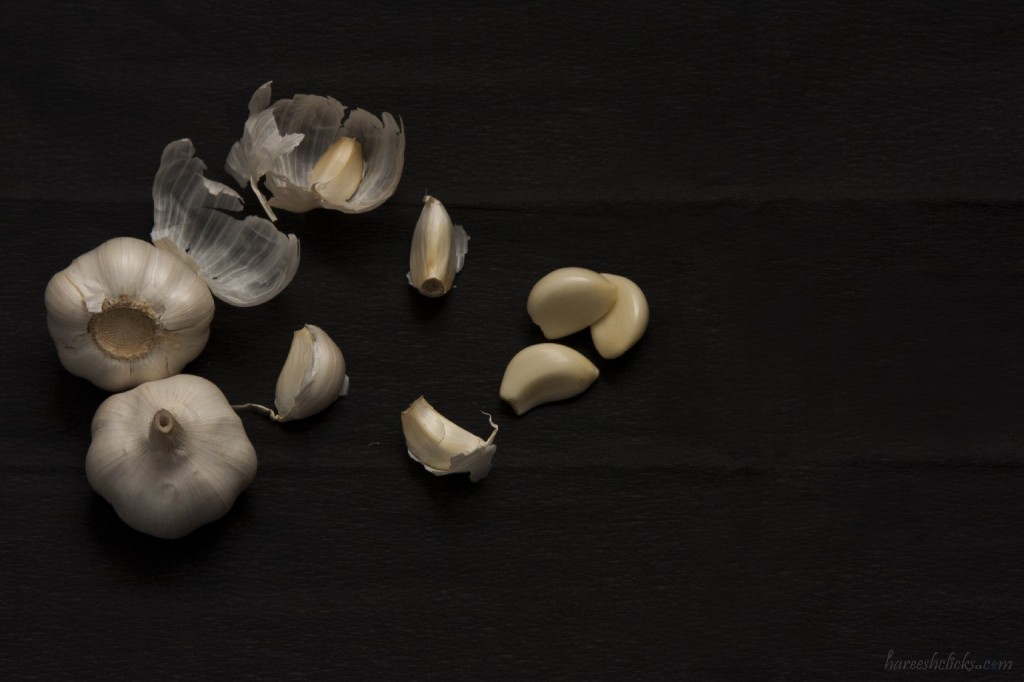 These two shots are from a birds-eye angle for which I placed the backdrop on the floor and camera tilted right on top. Reflector was placed on the left to reduce hard shadows. 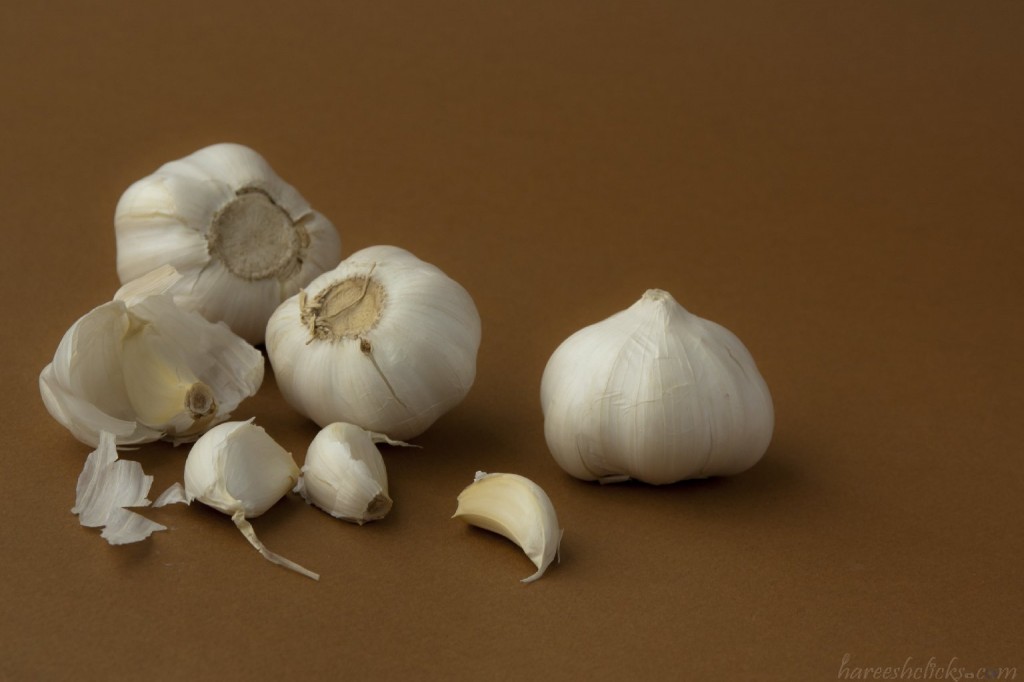 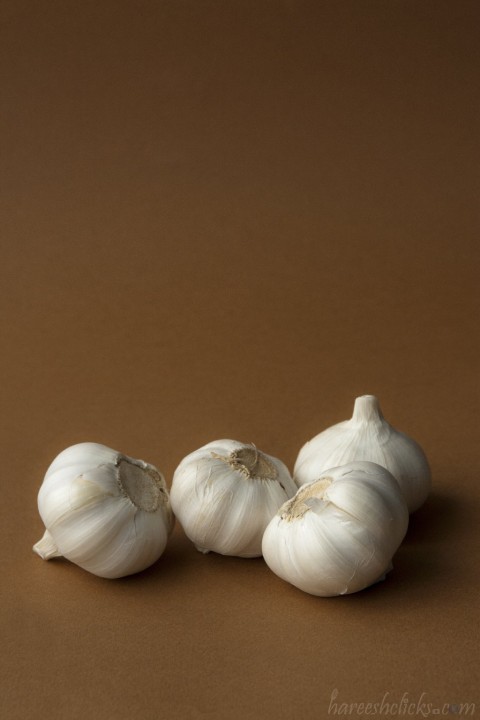 The light for this shot was from the left and the camera was placed at an 45* angle, the reflector was placed on the right hand side. 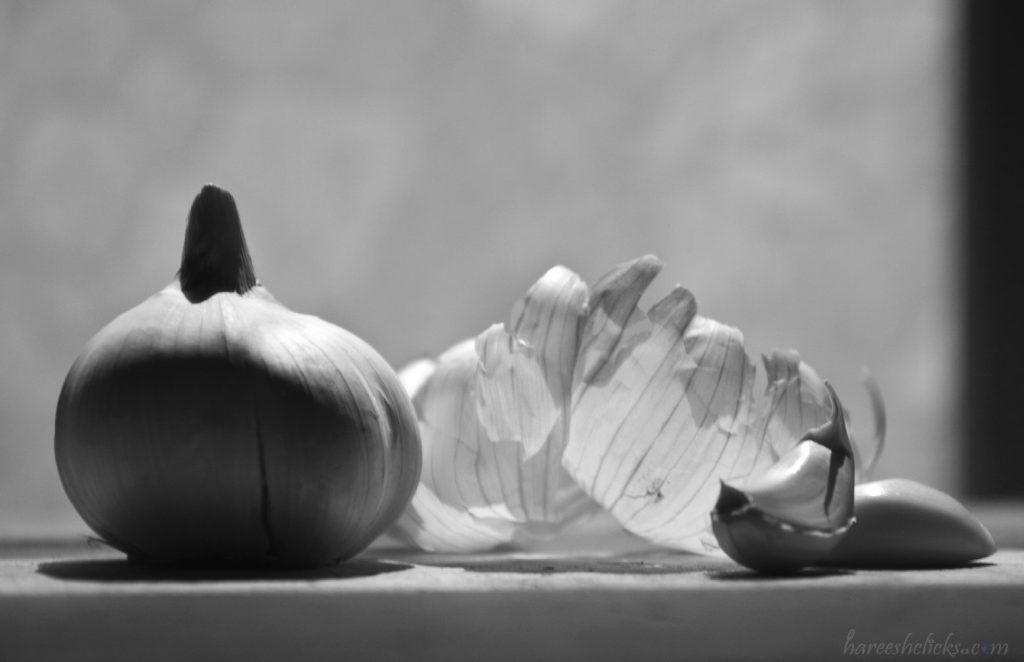 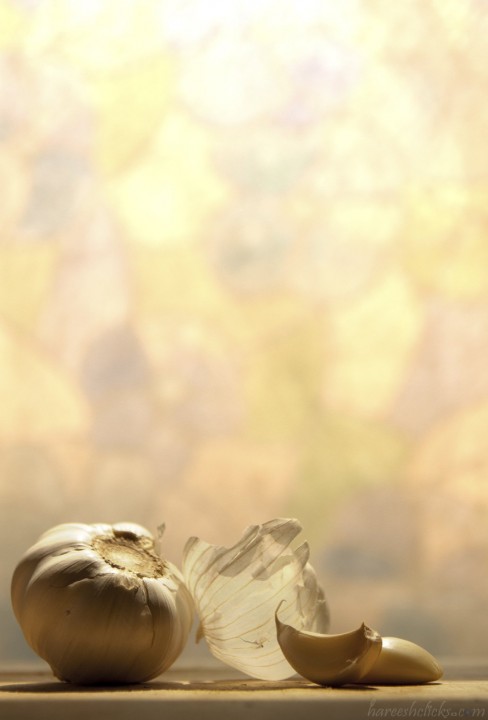 Here the subject was backlit where the sunlight was diffused by frosted window. The camera was placed in an angle below the level of the subject as I wanted to see the light travel through the garlic skin. For this session there was no major post processing just the basic tweaks.

You can also check out shooting Apples here 🙂